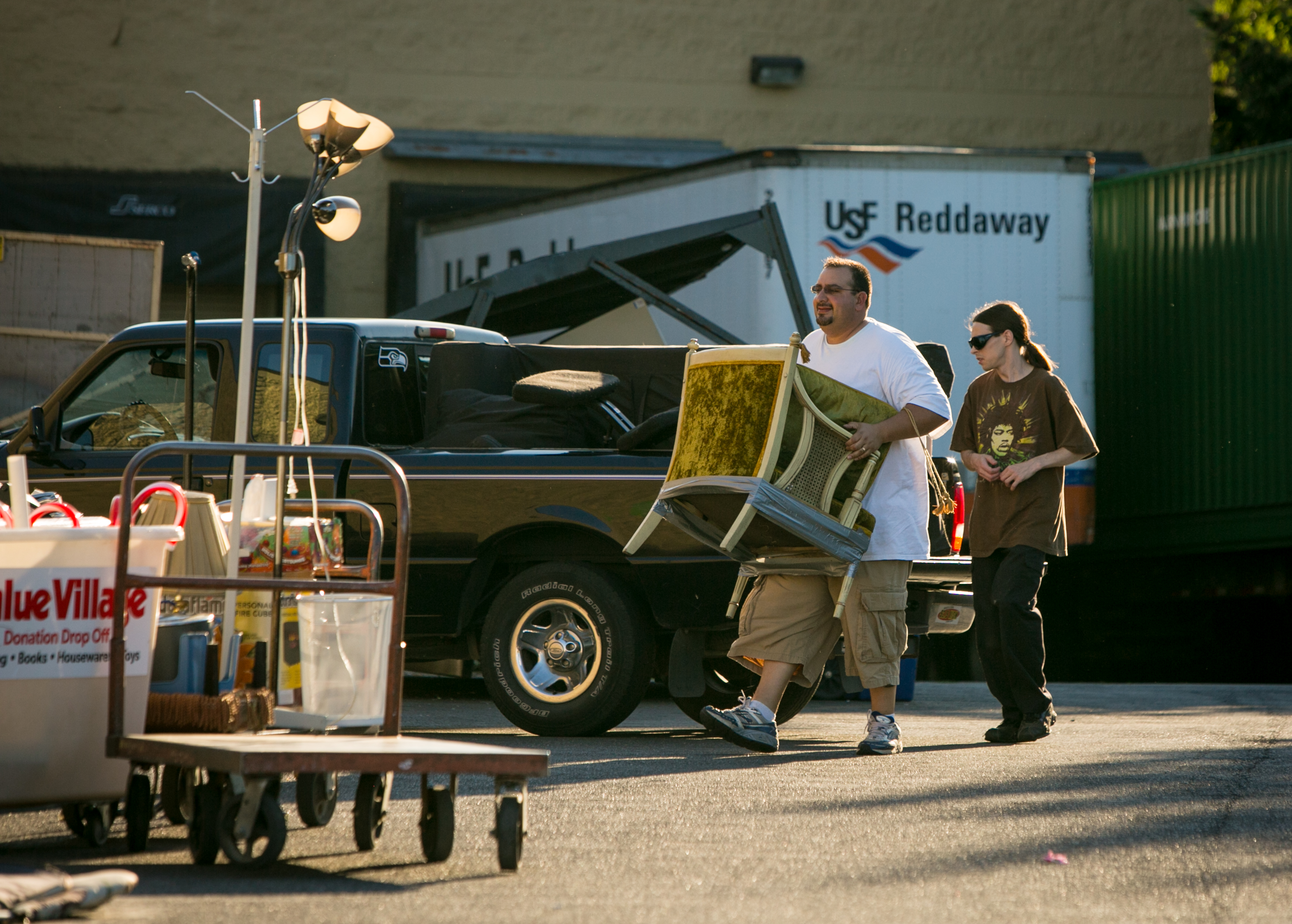 Within the last decade, state regulators across the country have accused many for-profit secondhand stores of masquerading as charities, using deceptive tactics through advertising, telemarketers, pickup services, donation bins, and dubious charity alliances. In some cases, even minimum-wage salespeople have been caught misleading the consumer in person, perhaps unintentionally.

In New York State, then-Attorney General Eric Schneiderman alleged in 2015 that Thrift Land USA “used a charitable veneer to trick and mislead the public into believing that the clothing it collected would benefit the charity whose name and logo appeared on its bins.”

However, he said, Thrift Land sold the clothing at a huge profit and the charities named on the bins—Big Brothers Big Sisters of Rockland County and I Love Our Youth, Inc.—”received only a small, monthly fee for the use of their name and logo.”

‘An overwhelming’ barrage of ads

And Tennessee regulators found that “J & I Advisory used false, misleading or deceptive practices with its direct mail, at least 14 telemarketers, 15 trucks as well as 53 collection bins throughout Middle Tennessee without properly disclosing they are a paid solicitor” working on behalf of ARC, a nonprofit that helps people with intellectual or developmental disabilities.

Citing “an overwhelming” barrage of advertising, signs, brochures and in-store announcements, a King County Superior Court judge in Washington state rebuked the Savers/Value Village thrift store chain a year ago for creating a “deceptive”  impression that the stores themselves were nonprofit and also that shoppers making purchases there were helping charity. 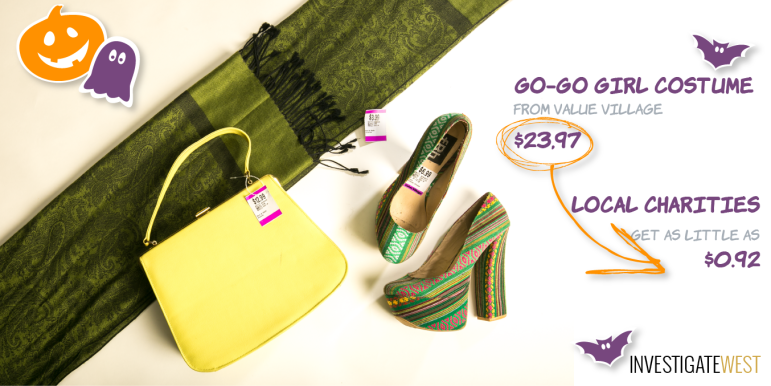 This photo from InvestigateWest’s 2015 “Profiting From Thrift” series illustrates the large markup that Value Village in Seattle managed to make on goods donated by the public on behalf of charity. (Photo credit: Paul Joseph Brown)

A series of articles by InvestigateWest in 2015 exposed the practices of Bellevue-based Savers, leading to inquiries by regulators in other states. InvestigateWest had been discovering, in public records through Freedom of Information Act requests starting in 2013, more than 1,000 complaints to the Federal Trade Commission from consumers around the country concerned about deceptive or harassing telemarketing by such stores, as well as similar complaints through a Washington state public records request.

The Savers thrift chain, which has nearly 300 stores in the United States, Australia and Canada, did prevail on a few legal counts. King County Judge Roger Rogoff stated that the chain’s business model—paying pennies for clothing and household goods it sells at a large markup—violated no laws. But giving donors the impression that most of the value of their donation was charitable was unlawful, he ruled.

Savers has appealed the trial court’s finding, arguing that “TVI did not make any false statements and did not seek to mislead consumers,” said spokeswoman Sara Gaugl.

The appeals court has allowed TVI’s appeal to go forward on the grounds that the trial court may not have given sufficient attention to the defendant’s First Amendment right of charitable protected speech.

Savers settled with the Minnesota attorney general. Without admitting guilt, the company in 2015 agreed to pay $1.8 million to six of that state’s charities and to overhaul its donation and disclosure practices. Two of the charities severed their relationships with the company after the suit was filed.

In the New York example, Thrift Land USA netted $10 million selling donations it received through more than 1,100 clothing bins it placed throughout the state, labeled with the licensed names of several charities, giving donors the wrong impression where their donations were going, according to the New York Attorney General.

Similarly, the Tennessee Attorney General cracked down on a solicitor for mislabeling donation bins. After the state’s investigation, a for-profit solicitor for the thrift store company was slapped with a $247,500 fine.

However, state regulators are hampered by U.S. Supreme Court rulings in their ability to require transparency by fundraisers. In several cases during the last few decades, the court has ruled in favor of paid fundraisers, who have argued that charitable fundraising is a part of free speech, and therefore protected under the First Amendment.

With most of the companies, public information does not mention what actually goes to charities. That’s because in most states there are few or no disclosure requirements. However, in a few other cases, state regulators have cracked down.

Take the case of the Epic Thrift stores, a Phoenix-based chain established in 2011, which partnered with a charity called Children of Veterans, setting up donation boxes and shipping donations collected to out-of-state thrift stores.

A December 2013 lawsuit by the Arkansas attorney general charged the charity with “deceptive trade practices,” saying the charity, misled “consumers into believing that their donations of used clothing and shoes will be used to assist and support children of veterans when in fact, the donations are converted to the personal benefit and financial gain of the defendants.”

That suit shut down Epic Thrift in Arkansas, and led to the dissolution of the charity, according to Amanda Priest of the Arkansas Attorney General’s Office.

What consumers can do

Should donors want to know more about how their donations benefit charity they’re forced to dig for information deeply buried in tax documents.

“Few donors have the time or inclination to deeply research this,” said Daniel Borochoff, founder of nonprofit watchdog CharityWatch.

Consumers are advised to ask questions of the companies, first.

“If a business is ethical, it needs to say to what degree it’s really helping the charity,” Borochoff said.

If donors don’t get answers, they can get take their complaints to the Better Business Bureau, their state attorneys general and federal agencies, consumer watchdogs advise.