Our work at InvestigateWest has resulted in nine new laws in Washington to protect workers, the environment and foster kids, and influenced a new law in Oregon intended to promote justice for minorities. Most recently in 2020/2021, we were cited in a national Congressional investigation into buried climate/energy grid studies that affect all citizens from coast to coast, and were also cited in a UCLA’s Voter’s Rights Project lawsuit showing discrimination against Latino voters.

We know we have impact on the Pacific Northwest when we affect policy and public conversations, when we are reaching and engaging new audiences, and when we create productive collaborations and partnerships that better serve the public. Read on to learn just a few of the ways that our journalism has had impact.

Also, see our more than 75 awards and honors.

Multiple local news outlets reprinted our analysis of Latino voters’ ballot signature mismatch rates, raising widespread awareness of an issue that had previously been the focus of lawyers and activists in Yakima County. In May, plaintiffs Marissa Reyes, the League of United Latin American Citizens, and the Latino Community Fund of Washington filed a federal voting rights lawsuit via the UCLA Voter’s Rights Project against Benton, Chelan and Yakima counties. The lawsuit alleges that the ballot signature matching process leads to Latinos “being denied their fundamental right to vote due to the discriminatory application and effect of the State’s ballot signature matching provisions and processes.” The lawsuit cites InvestigateWest’s analysis of the eight counties with the highest shares of Latino voters. Attorney Molly Matter said of our work:

“One of the most important pieces that InvestigateWest brought forward is the culture and history of discrimination, and the cultural and political climates in these cities and jurisdictions. Bringing the real voices of these voters forward, that’s something that we can’t do right away in a lawsuit. And it’s incredibly important.”  -Molly Matter 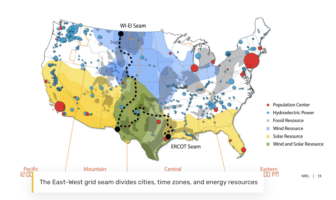 InvestigateWest reporter Peter Fairley’s Supergrid story was co-published in The Atlantic, exposing the Trump Administration’s deliberate burial of a critical, federally funded study on the future of the U.S. electric grid, which directly impacts climate action for all people. The article’s disclosures led the Federal chair of the House Science Committee, Eddie Bernice Johnson, to formally demand answers from the Trump administration. The Committee also sparked a provision in a House-passed energy bill requiring disclosure of the findings of the study within 30 days. Weeks later, the study finally emerged, open to all.

Later, in a follow-up story published in partnership with Grist.org, Fairley disclosed that the buried grid study numbered among more than 40 studies by government researchers blocked by the Trump administration. That’s according to emails and documents obtained by InvestigateWest, as well as interviews with more than a dozen current and former employees at the Department of Energy and its national labs. Investigation on this story is continuing. 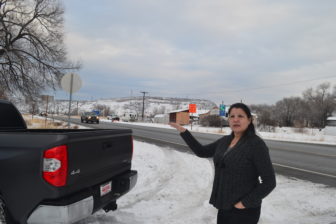 Our “Driving While Indian” investigation led to action from the Washington State Legislature: It appropriated $50,000 in 2020 for a study of racial bias in Washington State Patrol searches, and $150,000 for a consultant to help diversify the Patrol’s hires.  Our data-driven reporting found troopers search Native American motorists five times more often than white motorists, and Black drivers twice as often. Yet drugs and other contraband were likeliest found in searches of white drivers. 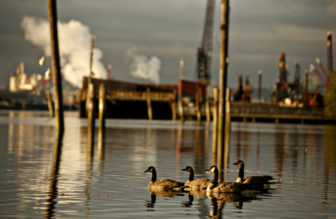 In our 2019 legislative coverage, InvestigateWest was the only Washington news outlet to report how lobbying by the oil-refining industry was about to torpedo a long-sought increase in taxes on crude oil imported to the state to fund cleanup of toxic waste sites and polluted rainwater runoff. The bill ended up passing and marked a rare loss in Olympia for the oil industry.

InvestigateWest was the only Washington news outlet to report during the 2019 legislative session on an arcane issue: the need to unblock culverts, pipes that carry streams underneath roads, to open extensive salmon spawning grounds for the imperiled fish. In his budget veto message, Gov. Jay Inslee shifted $175 million from building roads to fixing culverts. 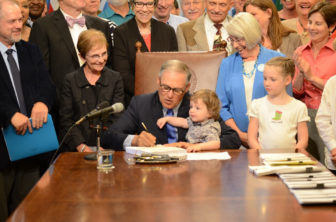 After InvestigateWest’s reporting laid bare a crisis of historic proportions in Washington’s child-welfare system, the 2017 Washington Legislature passed six laws to help foster kids and foster parents, and $48 million in new funding. The reforms include setting up a new state department to take over the foster care system. “Your reporting really made people aware of the problems, and created a sense of urgency,” said Washington state Rep. Ruth Kagi, who had previously led the charge to help foster kids for more than a decade. “Those articles – it was amazing – the whole issue came into its own because of the reporting you did.”

InvestigateWest reported on the burdens faced by so-called “kinship caregivers,” meaning grandparents or other relatives who take in kids who otherwise would overwhelm Washington’s foster-care system. After our report, the 2o19 Washington Legislature ordered the state Department of Social and Health Services to coordinate with the recently created Department of Children, Youth and Families to evaluate the situation and report back about potential solutions.

Our  2020 reporting on foster care was cited by Washington House members who ultimately convinced the Appropriations Committee to nearly double its initial $3.8 million line item for badly needed beds to house troubled youth to $6.8 million in the final budget. As our story pointed out, the Legislature still fell well short of what’s needed to address the systemic problems. 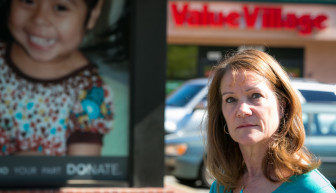 Washington Attorney General Bob Ferguson sued the nation’s largest for-profit thrift store, Value Village, citing the very same consumer-protection issues InvestigateWest spotlighted after reporting on these issues for more than a year. Our “Profiting From Thrift” series reported that the marketing pitches of the company were routinely misleading consumers and donors to Value Village and its affiliated stores, including Savers, Inc., about the proportion of proceeds from the stores going to charity. Washington authorities had repeatedly pressured the company to register as a commercial fundraiser, giving the public more information about its practices; that finally happened after InvestigateWest began reporting on the issue. State officials in California and Illinois also said they were taking steps to improve transparency by the chain. 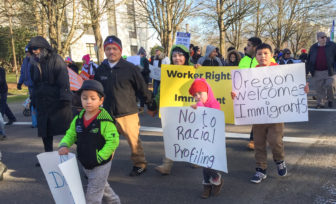 Our “Unequal Justice” project, based on an unprecedented study of 10 years’ worth of racial and ethnic data in Oregon criminal justice records, was cited by the Washington Post when the paper  covered reforms of the state’s criminal-justice system. Upon hearing the findings, the state senate’s president, Peter Courtney, called them “alarming” while Attorney General Ellen Rosenblum, who was leading legislative reforms on police profiling, called it “embarrassing” that reporters were first to analyze the state’s data. “I’m surprised at the size of the disparity,” said former Oregon State Supreme Court Justice Edwin Peterson. “I had no idea that the disparities are so great.” The reforms enacted later, which came at the end of a yearslong lobbying campaign by many social-justice activists and others, include mandatory collection of data by police who stop citizens for whatever reason, which is aimed at minimizing instances of policy profiling by race. The reforms also made possession of small amounts of drugs — which our reporting showed disproportionately affected minorities — a misdemeanor instead of a felony. 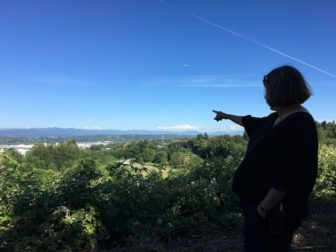 After InvestigateWest reported that the city of Seattle was abandoning longstanding goals for preserving open space amid an unprecedented building boom, the mayor called off plans to sell off the largest piece of open space in the city’s land portfolio. The 30-acre parcel was expected to earn the city $5 million. Instead, it can be turned into a park — the last remaining place a new regional park could be sited.

InvestigateWest’s work on high school athletes’ concussions with Reveal and Pamplin Media Group led to the establishment of a network of 125+ reporters who signed up to learn more about how to do concussions reporting at the local level.

Our investigation into toxic road pollution and its effects on children’s health at school found nearly 30 public schools and more than 120 day cares within 500 feet of major roads in Washington, where health researchers say traffic pollution can aggravate asthma, increase absenteeism, and harm developing immune systems. The series prompted Seattle Schools to begin notifying all principals of unhealthy air days and advise them to keep children indoors for recess. The district also announced new plans to upgrade a decades-old ventilation system at John Marshall Junior High to better protect student health. Using InvestigateWest’s reporting and methodology, newsrooms in San Diego and Ohio replicated our story, finding dozens of schools in the danger zone and equally lax oversight about where facilities get built.