Home » Getting to Zero: Decarbonizing Cascadia

About Getting to Zero: Decarbonizing Cascadia

This project aims to show how British Columbia, Washington and Oregon are well-poised to demonstrate to the world how to produce energy without emitting planet-warming greenhouse gases. This part of the world known by some as “Cascadia” is supposedly one of the most eco-friendly regions in North America, if not the world. And yet all three governments have failed to live up to their promises to moderate climate pollution by 2020.

A yearlong reporting initiative led by InvestigateWest, in partnership with Grist, Crosscut, The Tyee, the South Seattle Emerald, The Evergrey, and Jefferson Public Radio, “Getting to Zero: Decarbonizing Cascadia” investigates the political and economic barriers to effective, equitable climate action across the Cascadian region.

The series features innovative storytelling, including piercing analysis and data, visually-driven presentation, animation, and a theater production, among other features. It’s part of our efforts to fulfill InvestigateWest’s mission of local nonprofit journalism focused on environment, government accountability, and public health, with a strong emphasis on learning from the communities we serve.

The crucial ingredients for decarbonizing an economy, and safeguarding a region

How Cascadia Can Prevent Another Lost Decade

Jumping Onboard: What rail’s resurgence means for efforts to decarbonize the Pacific Northwest

Biochar ambassadors hope to save the Methow

A stronger electricity grid is crucial to cutting carbon. Does that make it green?

10 jobs that will help shape a zero-emissions future

At the Duwamish longhouse, a law is signed requiring environmental justice from state agencies

Seed the North: Fighting Climate Change, One Sprout at a Time

Cleaning Up What Can’t Plug In

Using hydrogen to back up the grid

Why Renewable Electricity Powers Decarbonization — and Pays Off

After climate-protection drift and despair, a blueprint for success emerges in Cascadia

A Lost Decade: How Climate Action Fizzled in Cascadia

Bitumen: A tar-like heavy petroleum mined in Western Canada. Bitumen requires considerable energy to extract, ship and refine and thus has a higher carbon footprint than many other petroleum-based fuels.

Carbon cap and trade: A mechanism for controlling carbon pollution whereby governments set a cap on emissions that declines annually, and require polluters to buy credits for every ton of carbon pollution they release. The carbon credits, often acquired via auctions, can be traded on carbon markets. Cap and trade systems create a financial incentive to reduce pollution, but they can also disadvantage vulnerable communities without careful policy design.

Carbon emissions: Carbon dioxide and methane gas released into Earth’s atmosphere. Those carbon-based greenhouse gases are responsible for roughly four-fifths of human-caused climate change. They are primarily produced by the burning of fossil fuels.

Carbon tax: A tax added to the sale of carbon-based fuels such as gasoline, diesel, natural gas and coal based on the amount of carbon dioxide and methane released when they are consumed. Carbon taxes put a price on greenhouse gas emissions, providing an incentive for individuals and businesses to switch to cleaner fuels and processes. British Columbia’s experience suggests that, with careful design, carbon taxes can be designed to avoid hurting low-income families and vulnerable industries.

Carve-outs: Exemptions that certain individuals and businesses in Oregon received so that they would not pay more under proposed cap-and-trade legislation. These exemptions applied to such industries as agricultural and forestry, and to residents in rural Oregon, many of whom argued they would be unfairly affected by the bills. 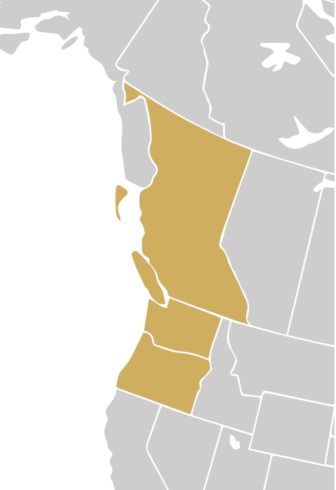 Cascadia: British Columbia, Washington and Oregon. All three rely heavily on hydropower, are transitioning from resource extraction industries, have rapidly diversifying populations and face common challenges as they transition off fossil fuels. (Note: to some, Cascadia is more than two states and a province. It can also refer to a ‘bioregion’ of common ecology including Idaho and parts of California and Alaska; a territorial independence movement; and an indie album whose title track yearns for a coastal utopia.)

Clean Fuels Standards: Fuel programs implemented by Oregon, BC and California set a standard for the amount of greenhouse gases associated with the production, delivery and use of every gallon of gasoline and diesel sold by fuel distributors. Every year the standard tightens. To stay in compliance, distributors must reduce the ‘carbon-intensity’ of their fuels, or buy credits generated by sellers of standard-beating advanced fuels and by deployments of zero-carbon electric vehicles. Washington state appears likely to add its own program this year, after the recent passage of clean fuels bills in the state House and Senate.

Decarbonize/decarbonization: To shift away from energy sources and uses, such as fossil fuels, that release carbon dioxide and methane. Those carbon-based greenhouse gases are responsible for roughly four-fifths of human-caused climate change.

Green hydrogen: Hydrogen gas is currently made primarily from fossil natural gas, a process that’s responsible for about 3% of global CO2 emissions. But hydrogen can also be produced by sending electric current from renewable power plants through water. Such ‘green hydrogen’ is a combustible, renewable fuel that is easier to store than wind and solar electricity, providing a reliable supply of zero-carbon energy. Green hydrogen can replace coal, gas and petroleum fuels in heavy industry and vehicles. It can also fuel power plants to generate electricity during extended periods of weak sunlight and winds. See this Q&A for a critical exploration of hydrogen’s potential and challenges, including concerns that growing hydrogen demand will spur increased production from natural gas.

Heat pump: Electric equipment that uses a refrigerant and compressor to move heat between a building and the air outside. Essentially, it is an air conditioner that can also run in reverse, extracting heat from outside air in cold months to heat a building and dumping heat outside to cool a building in warm months. Heat pumps are three times more efficient than traditional baseboard heaters, and today’s devices operate effectively in even the coldest climates. High-efficiency water heaters also employ heat pumps.

Induction cooking: Electric induction cooking is faster and cleaner than using gas burners and conventional electric cooktops. Instead of producing heat with an electric coil or a gas flame, and then transferring that heat to cookware, induction cooktops produce a magnetic field that heats the ferrous metals within most pots and pans. That reduces the risk of accidental burns compared to electric and gas ranges, and eliminates the air pollution associated with gas. Induction stoves cost more but prices are coming down and “the difference in performance is significant,” according to Consumer Reports.

Liquified natural gas or LNG: Fossil gas chilled to minus 160° C (minus 260° F) becomes a liquid, reducing its volume by 600-fold and facilitating long-distance transport by specialized ships. Methane leakage during natural gas production, plus fuel burned to chill and ship LNG, negate much of the carbon advantage that natural gas can provide over dirtier fossil fuels such as coal and petroleum. Cascadia’s first large scale LNG export terminal, the LNG Canada project, is under construction in Kitimat, BC.

Natural gas: A gaseous fossil fuel primarily composed of methane. Supply expanded in the U.S. and Canada with the introduction of hydraulic fracturing or ‘fracking’, a production method that shatters underground rock formations to release gas trapped within pores in the rock. Natural gas served as a ‘bridge fuel’ by serving as a substitute to dirtier coal-fired power plants. But with climate goals tightening the pressure is on to replace natural gas with renewable energy.

Net-zero: Climate goals that commit to capturing as much greenhouse gas pollution as they release. Washington state’s net-zero mandate, for example, allows for the equivalent of up to 5 million metric tons of carbon dioxide releases in 2050, but only if an equal amount of CO2 is captured. Options for capturing CO2 include rehabilitating forests and so-called direct air capture plants that scrub CO2 from the atmosphere, but verifying such pollution reduction can be challenging. Net-zero industrial products and projects are also known as “carbon neutral.”