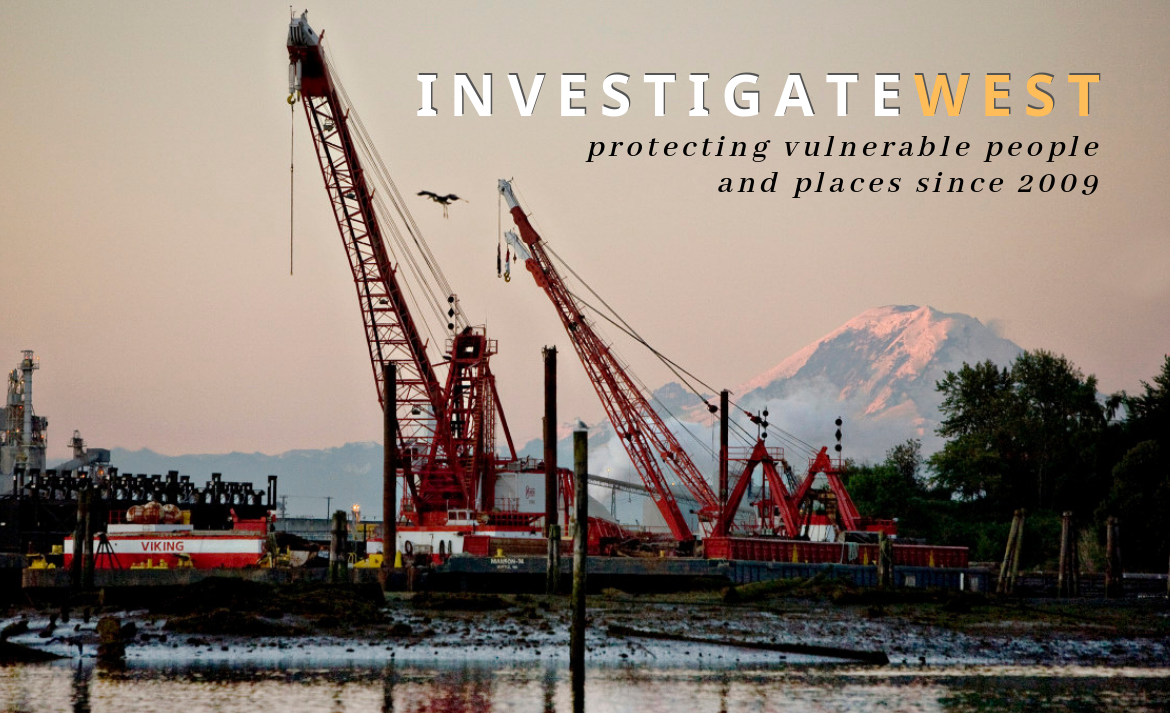 By InvestigateWestDecember 1, 2019December 10th, 2019No Comments

People of color targeted by police. Abused and neglected children. Thrift-store shoppers. Health care workers. These are just some of the people protected better now because of the reporting InvestigateWest has delivered since our founding in 2009.

We are pioneers in a nonprofit news movement that is becoming increasingly important to maintaining a functioning democracy as commercial media devolves. We’ve all seen the decline of local news media here in the Pacific Northwest. InvestigateWest is providing a citizen-funded alternative.

Our work has resulted in new laws in Washington to protect health care workers, the environment and foster kids, and was cited by the Washington Post as influencing a wide-ranging new law in Oregon intended to promote justice for minorities.

We do the hard work that is going by the wayside in so many newsrooms: obtaining government records; doing deep dives into scientific studies; analyzing and presenting data; and conducting extensive interviewing. We do this because we and our supporters realize that the free flow of information in a democracy is the like free flow of oxygen to one’s body – a basic need.

The number of reporters in Washington and Oregon has dropped by one-third, from 1,970 in 2005 to 1,290 in 2017. That’s a loss of nearly 700 reporters. In Washington, nearly half the reporting jobs have disappeared in the last decade. InvestigateWest is part of the solution embodied by the growing nonprofit news sector.

I hope you will take a look at the other pieces we’re placing on our site in honor of our 10th anniversary detailing the impacts of our work on the environment, social justice and public health.

Stay tuned. In the fall we’ll be celebrating our 10-year anniversary in person. If you’d like to hear about future events and find out when our stories are coming out, please sign up here.

Thanks for your interest in InvestigateWest’s brand of journalism for the common good.