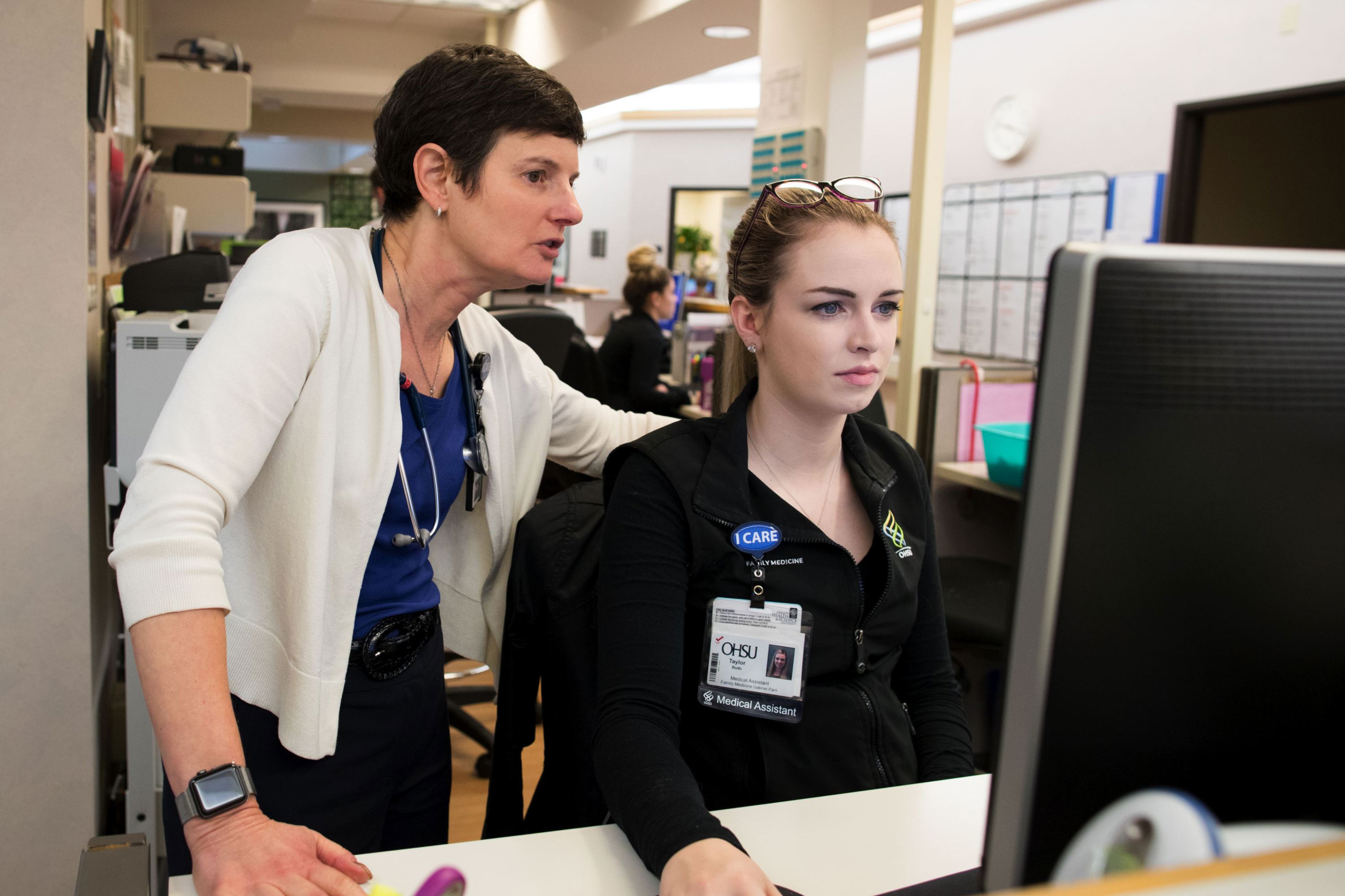 Oregon was one of the first states to decide that the devastating impact concussions can have on young athletes required government action. In 2009, the state passed a law requiring high school officials to immediately remove all players with concussion symptoms from play and keep them from practicing or playing again until a medical professional agreed they were ready.

Max’s Law drew national acclaim from youth safety advocates for the protection it gave student athletes. Little attention however, was paid to what was not in the legislation.

Max’s Law failed to provide an oversight mechanism to determine whether schools were complying with the required concussion management or specify sanctions if they weren’t. The state also did not create a required form or online database for schools to document their concussion management. And there’s no requirement that schools track concussions, only the return to play for students who have them.

Nearly a decade into Oregon’s landmark concussion protocol, InvestigateWest, Pamplin Media Group and Reveal sought to assess what Oregon could gain if the practice of collecting and analyzing concussion data was standard. The collaborative effort assembled the most comprehensive dataset of concussion reports in the state. It did so by sending requests for concussion records covering the 2015-16 and 2016-17 school years to all 235 public high schools involved in athletics.

About half the schools ignored the requests, violating the state’s public records law, and didn’t respond to follow-up calls and emails, including outreach to principals, athletic staff, school board members and superintendents. Some schools demanded excessive payment, others cited dubious legal issues, and many played bureaucratic hide-and-seek.

Still, 119 schools responded to the inquiry. And, of those, 81 schools provided data robust enough to demonstrate that the nature of concussion surveillance varies enormously across Oregon, and that lessons can be learned from what it tells us.

A key finding of the yearlong investigation was that student athletes in Oregon get more frequent and more thorough medical evaluations for concussions at schools that employ athletic trainers. Two years of data, compiled from public records obtained from 119 of the schools, showed that those with athletic trainers reported twice as many possible concussions per student athlete as did schools without a professional trainer. And football players at schools with trainers were more than three times as likely to be kept out of play until medically cleared than were players at schools without trainers.

The findings illustrate how trainers provide more aggressive care to student athletes than schools can typically provide without them, reducing the risk to both students and schools.

The reporting also shows the state’s largest schools, mostly located in urban areas, are most likely to employ athletic trainers, giving their student athletes an advantage in terms of concussion prevention. Smaller, under-resourced schools, typically in rural areas, were less likely to evaluate or at least document evaluations of their student athletes who suffered head injuries.

The effects of the “trainer gap” didn’t surprise Brad Garrett, assistant executive director of the Oregon School Activities Association, a nonprofit that coordinates extracurricular school activities, including sports, in the state.

“We have advocated long and hard, in every way possible,” Garrett said,
“to emphasize the fact that we believe athletic trainers are a good thing in schools.”

State Sen. Elizabeth Steiner Hayward, who six years ago introduced a law aimed at reducing youth concussions recreational sports, said she is confident that Oregon youth are being monitored for brain injuries. But she said the analysis from the “Rattled” investigation points to a couple ways in which Oregon’s concussion laws and practices can be strengthened.

First, the Portland Democrat said she would like to see more schools use athletic trainers but is skeptical that the state would be able to follow Hawaii’s lead and fund the extra positions.

Second, she said, “More than anything, what this report points out to me is the need for standard reporting and data collection in reporting so that we can be sure that there aren’t troublesome trends that we could address with further legislation or rulemaking.”

Oregon’s law doesn’t specify what documents and details should be used to comply with its concussion monitoring requirements. Many schools use forms recommended by the Oregon School Activities Association. But others don’t seem to keep records that have useful data.

Many concussion records omitted details like school name, sport, injury date, the student’s gender and whether the injury occurred in a game or a practice. Among some districts that responded to the inquiry, so many details were omitted from the reports that there was no way of telling exactly how many concussions had occurred in a given sport. Sam Barlow High School in Gresham, for example, complied with the records request with a handwritten spreadsheet.

“Do I think the record-keeping is where it should be? Clearly based on your investigation, the answer is no,” said Steiner Hayward. “That bothers me, because if we don’t have good data, it’s hard to know what our next steps should be to protect kids’ heads.”

Looking ahead, Steiner Hayward wondered whether the state could do more to gather baseline information about student concussion. That idea is in keeping with a state task force’s recommendation to the governor to develop a statewide registry for all concussions. Steiner Hayward foresees consultations with concussion experts to determine how best to find the line between effective reporting and data gathering, and efficiency for schools.

“I think that having some basic data could help drive state policymaking about how to protect young athletes,” she said.

Data used in the “Rattled” project was compiled from public records obtained by InvestigateWest, under the direction of Lee van der Voo. Primary analysis of the data was conducted by Jacob Fenton, a data journalist based in Portland. Sinduja Rangarajan of Reveal from The Center of Investigative Reporting independently confirmed portions of the analysis. Special thanks to Mark G. Harmon, from the Portland State University Criminology and Criminal Justice Department, for his advice on modelling that pointed us to this analysis.