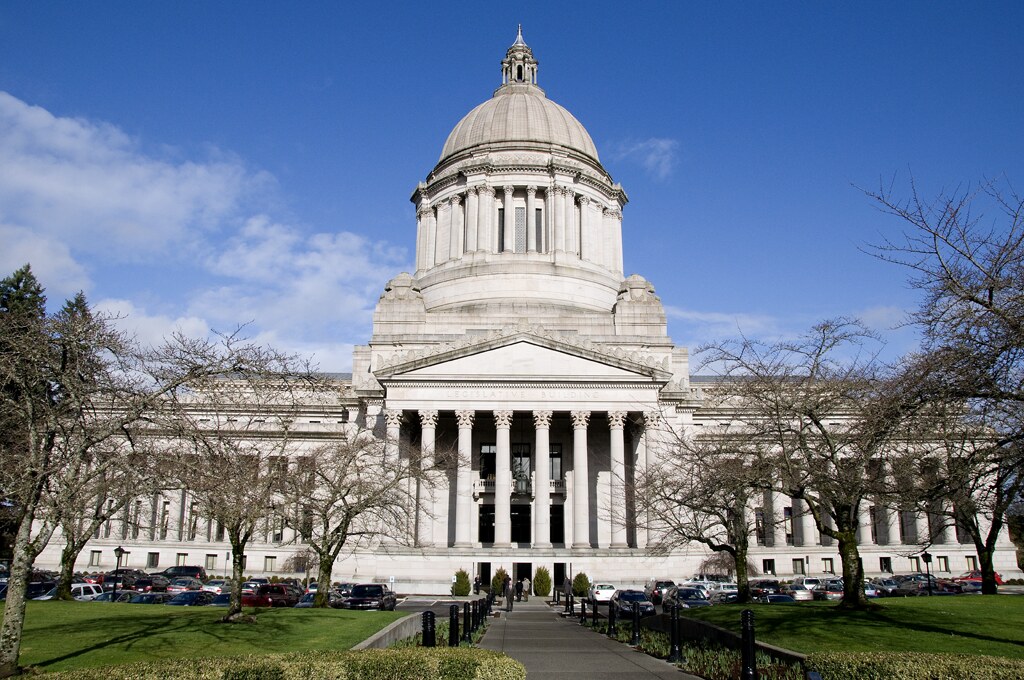 Lawmakers in Olympia boosted some funding for the state's underfunded child-welfare system, but fell short of what's likely to end the crisis of disturbed foster youth being housed at hotels instead of with foster parents.

With Washington forcing a record number of traumatized foster youth into overnight hotel stays that further destabilize them — at a tremendous cost to taxpayers — lawmakers in Olympia have sent the governor a budget that seems unlikely to solve the problem.

Legislators last week approved nearly $16 million in new funding to try to stem the hotel-overnight crisis. The new money has the potential to restore 26 spots for foster youth lost earlier this year at one Seattle facility, Ryther, and create perhaps more than 70 new ones.

Yet, it might not be enough to fix the system: The department racked up more than 1,500 hotel overnights for almost 300 foster children in the most recent year measured, ending in August 2019.

Ryther, a children’s mental-health agency, offers an example of how lawmakers’ efforts may come up short. The group home quit doing business with the state’s foster-care system in January,  moving out the last of 26 troubled youth from the state’s foster-care system, saying the state didn’t pay it enough to cover costs. The wording in the state operating budget attached to $1.8 million in new funding is targeted directly at providers like Ryther.

However, Ryther’s chief executive told InvestigateWest that, with no clear terms spelled out for the money, it is uncertain if she can actually use it to  restart services for foster youth. The agency also may be unable to take advantage of a new rate for providers.

And there’s an even bigger problem. The types of foster-care slots created by the $16 million designated by the Legislature address only part of the population of foster children forced into hotel stays, said child-welfare advocate and department critic Dee Wilson. A former state child-welfare official, Wilson called for the creation of 500 to 1,000 salaried, trained “professional” foster parents who can offer therapeutic services in their homes to some of the most-troubled foster youth. He also said that anywhere from 10 percent to 20 percent of the foster children forced into hotels need intensive psychiatric treatment, not merely the therapeutic services and regular foster-care spots funded this session by the Legislature.

At stake in this funding debate is how well the state will care for kids who have been abused or neglected, but can’t fit into Washington’s severely overtaxed foster-care system. Previously these youth, many with turbulent behavior, have been sent out of state, where their support networks wither. A watchdog group and documents previously obtained by InvestigateWest also detailed abuses in some of these out-of-state group homes.

Others are repetitively housed in hotels (or even in rare cases in state offices). The overnight hotel stays can cost $2,000 or more nightly because they entail wages for two caseworkers, as well as pay for a security guard in some situations. At Ryther, by contrast, CEO Karen Brady needed state officials to pay $578 per day per child instead of the state’s going rate of $422 per day per child, a difference of just over $150. (That was at roughly a 70 percent occupancy rate for all beds at Ryther, Brady noted. At 100 percent occupancy, the facility would have needed less from the state.)

In other cases, state officials have paid foster parents $600 for an overnight stay of a foster youth. The kids, many of them deeply disturbed, get only a bed and use of a shower. That $600 is radically higher than the typical foster-parent reimbursement: Foster families typically get $562 per month for a child who is less than 6. Even those caring for older kids with high needs earn no more than $1,505 per month per child.

The challenge for lawmakers in the 2020 legislative session, which began in January and finished last week, was to make a dent in the record hotel-overnight numbers.

“These are our children,” said Rep. Gerry Pollet, a Democrat from Seattle whose district includes Ryther. “We, all of us, are the parents, and we have to look on them as our children and treat them the way we want our children treated.”

Advocates for foster youth came into this year’s legislative session with the goal of dealing with the crisis of foster children staying in hotels. 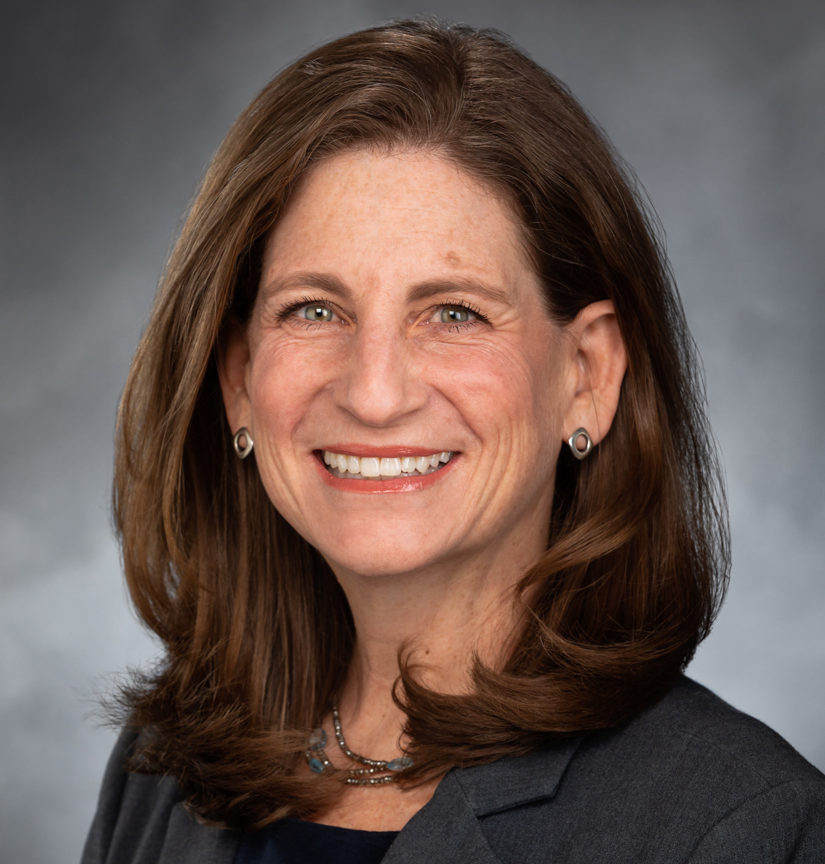 “A lot of those [foster] kids who are in the hotels have complex needs,” said state Rep. Tana Senn, chair of the House Human Services and Early Learning Committee.

She successfully backed a push to create special new rates at which the state reimburses specialized group homes such as Ryther that take in behaviorally turbulent youth. The Mercer Island Democrat also tried, with success, to increase state stipends for foster families and provide tax dollars to increase Washington’s insufficient pool of 5,100 licensed caregivers for its 9,100 foster children.

Those steps, she hopes, will create more homes for less-troubled and less-disabled foster children. That, in turn, should help create additional slots for the more-troubled youth who frequently land in hotels, she said.

The Senate’s new spending on short-term and long-term beds for high-needs foster youth was an attempt to decrease the night stays in hotels, said Sen. Jeannie Darneille, the Tacoma Democrat who heads the Senate’s Human Services, Reentry and Rehabilitation Committee. But a proposed rate increase for child-placing agencies, the private groups that recruit, license and support foster parents, turned up in the final budget at a fraction of what was requested — even though a rate increase was part of the fight against hotel overnights, according to Darneille.

“What we’ve done is provide a big step forward for children in the foster-care system with behavioral health needs.” ~Rep. Gerry Pollet

Even if the funding comes up short of fixing the hotel-overnight crisis, lawmakers did pretty much what Gov. Jay Inslee asked. However, Inslee’s request itself already had reduced what the Department of Children, Youth and Families said it needed to stem the emergency.

For example, the department said it needed at least 10 new openings in the Children’s Long-Term Inpatient Program to accommodate youths with a severe psychiatric disorder, on top of the current 84 slots. Inslee did not relay that ask to the Legislature.

Inslee – eventually – received much of the money he requested.

He asked for $7.6 million for 33 slots for serving foster youth “with significant mental, behavioral or developmental health needs.” House budget writers came up with just $3.8 million. But the Senate bought Inslee’s number of $7.6 million for those kids — and reached a compromise on that point in the final operating budget, which allocates $6.4 million.

Senators also proposed and got $1.8 million for a new “enhanced” rate for institutions that house behaviorally troubled youth on a long-term basis. That was included in the final budget.

Both chambers set aside an additional $7.3 million for more regular foster beds for kids who need a new home for two to four weeks. Senate budget documents say this may provide for about 40 new slots.

Also, the final budget allotted $7 million for upping the foster-care stipend by an average of $110 per month per foster child by July 1. Inslee had recommended a similar measure in his December proposal. 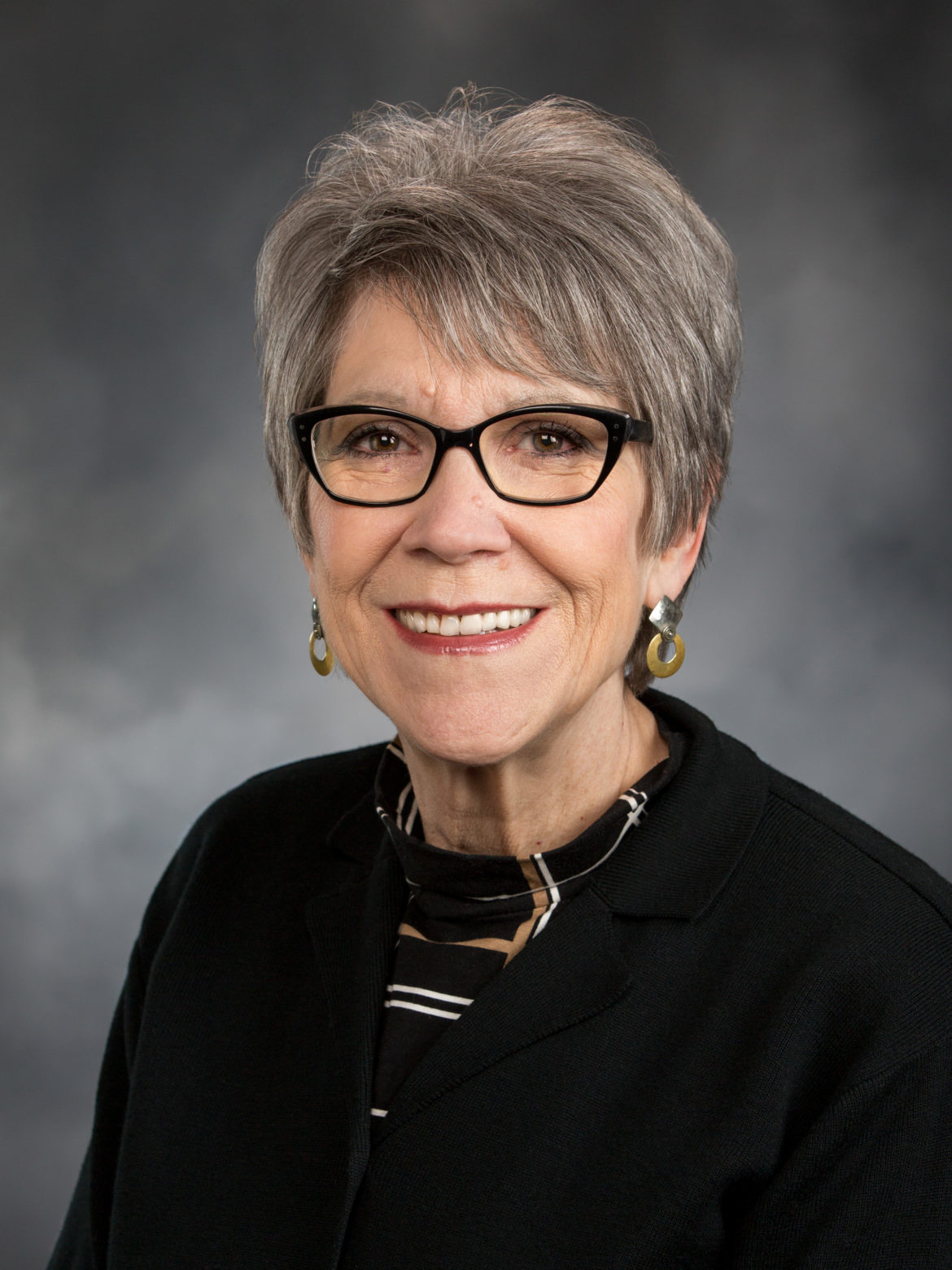 Sen. Jeannie Darneille, who heads the Senate’s Human Services, Reentry and Rehabilitation Committee, says she didn’t get everything she wanted yet “the children really win in this budget.” (Photo: Washington State Democrats)

While admitting that “I didn’t get everything I wanted,” Darneille said legislators made “a very significant investment” in the solutions for the hotel-overnight crisis.

“What we’ve done is provide a big step forward for children in the foster-care system with behavioral health needs,” said Pollet, the state lawmaker.

Darneille even said, notwithstanding the comments of critics, “the children really win in this budget.”

Senn called the $16 million for new special beds for foster children and a new special rate for providers “critical investments that we needed to make.” She said lawmakers will reevaluate this year’s funding in next year’s session to determine “if that is enough.”

The present situation with hotel overnight stays is “not an acceptable current situation,” Senn said.

Supporting high-needs foster children appears to be crucial to reducing the number of overnight stays in hotels. Foster kids who are not considered to have “significant barriers to placement” rarely showed up in the more than 200 reports from 2016 to 2018 filed by department officials to justify overnight hotel stays that were reviewed by InvestigateWest. Many involved kids who had substantial mental or behavioral health problems — problems that make it difficult or even impossible for typical foster parents to care for them. That, in turn, sharply limits where the state can place these high-needs children, especially on short notice, given that Washington is struggling with an overall shortage of foster homes.

The state tracks the hotel-overnight statistics through the independent Office of the Family and Children’s Ombuds, which documented how 282 youths needed to stay at motels between September 2018 and August 2019, the highest number to date. 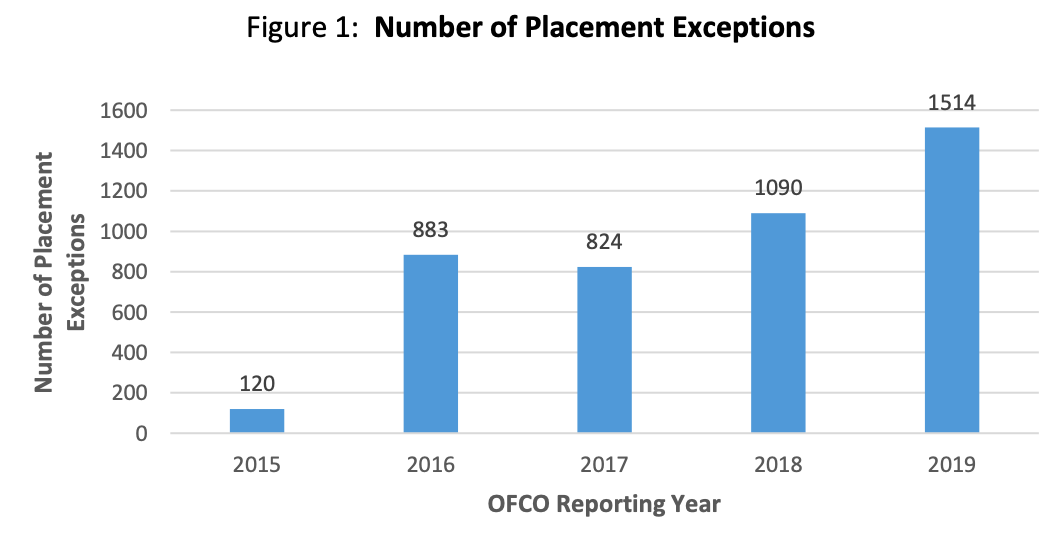 “Placement exceptions” refer to nights when children who are wards of the state stay in a hotel or a state office instead of with a foster family. Of the number of placement exceptions from 2018 to 2019, only six nights were in state offices. (Source: Washington State Office of the Family and Children’s Ombuds)

In a Feb. 6 letter citing an earlier InvestigateWest article published in Crosscut, Pollet, Senn and Seattle Democrat and state Rep. Javier Valdez wrote to the top-ranking House Appropriations Committee members, requesting that those members match Inslee’s request for $7.6 million for the 33 high-needs beds. They also asked for $504,000 in order “to provide vital treatment for high-needs foster children in our state.” Ultimately, the final budget didn’t meet their recommendations.

The millions of dollars aimed at decreasing the overnight hotel stays by foster children are just a small part of the DCYF budget. The department received funding for children and families services for 2019 through 2021 of $1.385 billion when the legislature voted on the biennial operating budget last year. In the final operating budget this year, it is getting an adjusted $1.299 billion for 2019-21, which includes tens of millions of dollars in new spending but an overall spending decrease by the department.

The record number of overnight hotel stays by foster children is one of multiple crises hitting Washington’s foster-care system. For example, the system is facing a shortage of licensed foster homes, and DCYF says it is short-staffed. In a state budget document, the department said it needs another roughly 44 frontline child-welfare caseworkers on top of a current count of about 544. It asked for another 20 such caseworkers for fiscal year 2021, which starts July 1, but it appears that neither Inslee nor lawmakers took up the request. 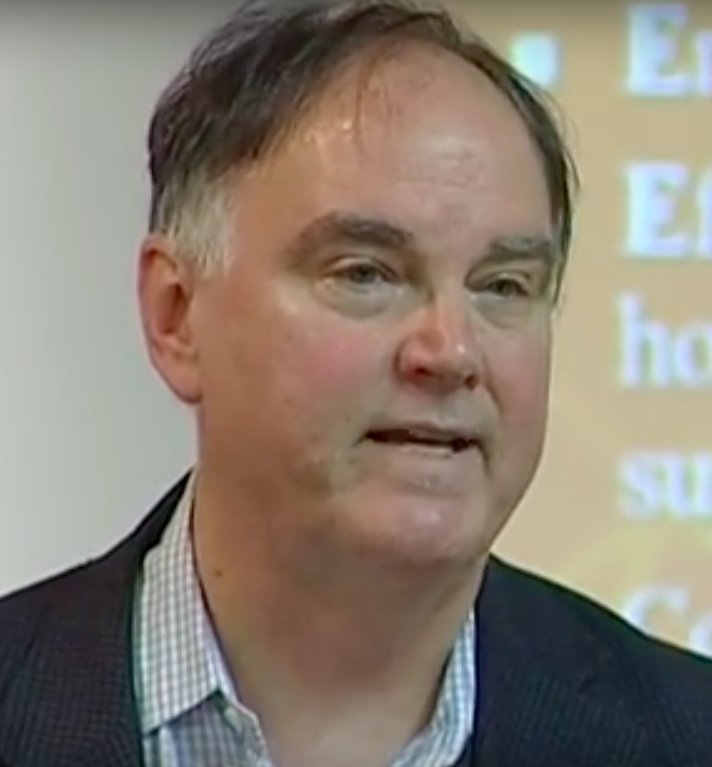 Dee Wilson, a former regional administrator in Washington’s child welfare system who now trains social workers, says the state’s foster-care system is so dysfunctional that even eliminating hotel placements would fail to fix it. (Photo: University of Washington)

Wilson — a 26-year veteran of Washington’s foster-care agency, in which he was a regional administrator — sees four pressing problems with the state’s foster system. In addition to housing youth in hotels, the state in recent years has been shipping foster children to facilities in other states, though it has begun to curtail that practice. Washington also is traumatizing foster children with 24-hour placements and failing them by not maintaining enough Children’s Long-Term Inpatient Program beds for intensive residential mental-health treatment, he said.

Wilson said the state’s foster-care system is so dysfunctional that even eliminating hotel placements would fail to fix it. “It’s not like if we knock out hotel placements, then we can pat ourselves on the back,” he said.

– Allegra Abramo contributed to this report.