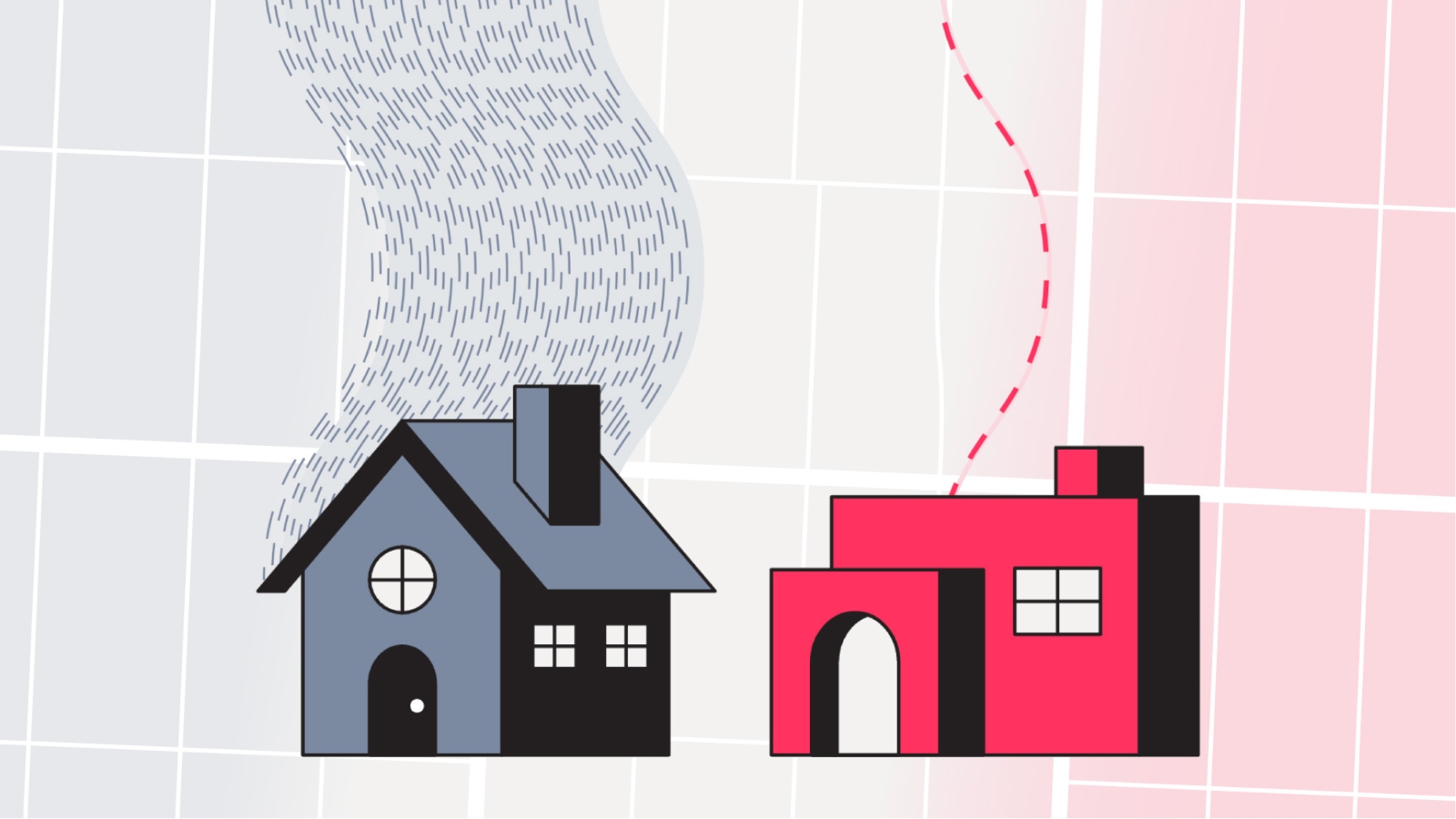 By Kaylee TornayDecember 21, 2022No Comments

CenturyLink customers in Seattle and Portland receive wide-ranging levels of service for the same price, with poorer residents and people of color more likely to be burdened by slow speeds, according to a new analysis of digital inequities in U.S. cities.

CenturyLink offerings in Portland were also uneven, as 27% of addresses in lower-income areas were offered speeds below the federal broadband standard of 25 mbps, compared with 16% of higher-income areas. In both Portland and Seattle, neighborhoods rated “hazardous” to mortgage lenders in mid-20th century “redlining” maps — which were used to discriminate against minority communities — were more likely to see the worst internet deals in both cities today.

The disparities in the Pacific Northwest’s two largest cities were revealed in a national investigation this fall by The Markup, a nonprofit news outlet covering technology’s impacts on society, which showed that four major internet service providers routinely offer slower speeds to some neighborhoods for the same price as higher speeds offered to other areas. The Markup analyzed service offers from CenturyLink, Verizon, AT&T and EarthLink at more than 800,000 addresses in the largest cities in 38 states.

The Markup found income-related disparities in Seattle, Portland and 17 other cities. In two-thirds of the cities where the news outlet had sufficient data to compare, the worst deals were offered to the least-white neighborhoods.

In addition to Seattle and Portland, the worst offers in 20 other cities aligned with former redlining boundaries.

A spokesperson for Lumen, CenturyLink’s parent company, denied discriminatory intent and criticized The Markup’s investigation in a statement.

“The methodology used for the report you read is deeply flawed,” said Mark Molzen in an email. “We do not engage in discriminatory practices like redlining and find the accusation offensive. While we can’t comment on behalf of other providers, we can say we do not enable services based on any consideration of race or ethnicity.”

Local and state officials in Oregon and Washington expressed concern but little surprise at the inconsistencies unearthed in the analysis.

“I don’t doubt at all that disparities exist in Portland,” said Rebecca Gibbons, strategic initiatives manager for Portland’s Office of Community Technology.

While Comcast and one or two other providers also serve the cities, the new data reaffirm that lower-income residents are stuck with the worst options, Gibbons told InvestigateWest.

“If a consumer has only one option, they’re beholden to that customer service level, those fees, those rates,” she said. “We would like it to be as competitive as possible.”

Oregon Rep. Pam Marsh, D-Southern Jackson County, who sits on Oregon’s Joint Committee on Information Management and Technology, said the findings showed “clearly a calculated business decision as to who will pay them for the services.”

“The result is, people are left out,” she said.

Tier flattening isn’t illegal. Although policymakers at all levels agree broadband is an essential tool for social, economic and educational empowerment, it isn’t regulated as a utility, like electricity. Providers can set their own prices, and local and state authorities can’t force them to build modernized infrastructure in areas that might be less profitable.

While advocates and government officials see an opportunity to offer additional input during the allocation of $65 billion in federal funding approved in the 2021 Infrastructure Investment and Jobs Act, the money may not yield much relief for underserved urban neighborhoods.

Francella Ochillo, executive director of Next Century Cities, a national nonprofit that advocates for reliable and affordable high-speed internet for all, said The Markup’s analysis of providers shines a light on the plight of underserved residents.

“Companies have very robust communications staffers and lobbyists to make sure they convince people you are not seeing what you see with your own eyes, but we do see it with our own eyes,” Ochillo said. “And we actually have the numbers to prove it.”

But looking at data is just a first step, she said.

“We’ve set up a system where unequal outcomes are guaranteed,” she said. “If we want to have a different result, we’re going to not only have to examine but dismantle some of the practices that got us here.”

The stories of CenturyLink’s expansion into Portland and Seattle closely mirror each other.

In 2015, the landline company began looking to compete in the high-speed internet market with cable companies like Comcast, which controlled the bulk of it. CenturyLink sought cable franchises and permits, and began building out its high-speed internet and cable infrastructure, officials said.

Just a few years into its expansion in Seattle and Portland, however, CenturyLink’s appetite for expansion as a cable provider flagged, officials said. Gibbons said CenturyLink pulled out of the Portland market in 2020, and the company left the Seattle cable market in 2021, according to a spokesperson for the mayor’s office.

CenturyLink remained an active internet service provider, but when it stopped expanding as a cable provider, Gibbons said, “our regulatory authority to require them to build out into every neighborhood went away.”

As a result, CenturyLink’s rollout into both cities has led to some pretty lopsided scenarios.

In Portland, for example, two blocks north of the Lloyd Center on Broadway Street, CenturyLink offers an office building internet speeds of up to 15 megabits per second for $50 a month. A mile and a half southeast, in the upper-income Laurelhurst area, residents of a house on 35th Avenue could pay $20 less per month for 200 megabits per second — a lower price for speeds more than 13 times as fast.

During its time as an internet service provider, CenturyLink has run afoul of the Washington and Oregon attorneys general over complaints about confusing and duplicate charges. In 2020, lawsuits resulted in a $6 million payout in Washington and a $4 million settlement in Oregon.

A spokesperson with the Oregon Department of Justice said the issue of tier flattening doesn’t seem to violate Oregon’s Unfair Trade Practices Act, and no cases have been brought against a broadband provider under that law.

State officials and advocates acknowledged practical factors contributing to the disparities. Building out infrastructure is expensive, and businesses choose to do it in areas where they think they can make a profit on the costs.

But, Ochillo said, “Involuntary exclusion has a discriminatory impact, whether or not it’s what you intended.

Internet service providers, or ISPs, also point to their participation in the Affordable Connectivity Program as proof of their commitment to advancing digital equity.

The federal program, which launched in 2021 to replace an older broadband program, subsidizes internet for lower-income households to the tune of $30 a month, or $75 for households on Indian reservations. Many different indicators of economic need can qualify a household for participation in the program, which is managed by the Federal Communications Commission.

Enrollment is low. Data from mid-2022 show only 27% of eligible households in Portland and Seattle have signed up for the program.

Officials offered a few reasons why that might be. Marsh, the Oregon state representative, criticized the program for being too dependent on ISPs also participating, and Gibbons called the registration requirements “way too burdensome.”

Some aspects of the Infrastructure Investment and Jobs Act indicate that the federal government is beginning to pay attention to how it can more actively tackle digital inequities.

For the first time, the FCC in March began soliciting comments on digital discrimination and equity including “how to implement provisions in the Infrastructure Investment and Jobs Act that require the FCC to combat digital discrimination, and to promote equal access to broadband across the country, regardless of income level, ethnicity, race, religion or national origin.”

The infrastructure act funding also allows states and localities new opportunities to weigh in before funding is allocated.

In late November, the FCC published its latest broadband map. It is the primary resource the National Telecommunications and Information Administration, the executive branch office tasked with allocating funding, will use to make decisions. The map is based on self-reported data from the ISPs.

“From what we’ve seen in the maps, they are dramatically overstating what their true coverage is,” said Evan Marwell, CEO of EducationSuperHighway, a digital equity advocacy nonprofit.

From now through January, the FCC is accepting challenges from states to fine-tune the maps. The Washington Department of Commerce and the Oregon Broadband Office have circulated news releases requesting public input on the FCC maps, including information on how to submit challenges.

But there is a caveat for Portland and Seattle: Despite the billions of dollars flowing, most officials expressed doubt that urban residents will see much of it.

That’s because Congress required states to first spend the infrastructure act money on areas that are “unserved,” or considered not to have broadband access at all. Neighborhoods where an ISP already provides service, however limited, won’t likely be touched until the rural, remote areas are taken care of first.

It’s a sore point for city and state officials.

“Yes, rural communities where there’s absolutely no access — we need to be prioritizing them,” Gibbons said. “But when you look at the numbers of communities and are using an equity lens, your Black, Indigenous people of color, people with disabilities, the majority of them live in urban communities.”

“The ISPs mentioned in the report get a ton of government subsidies,” she said. “If we know they are getting … public funds, why aren’t we setting up systems where they have to be accountable to the public?”

Instead, she said, “We’ve set up a system where unequal outcomes are guaranteed.”