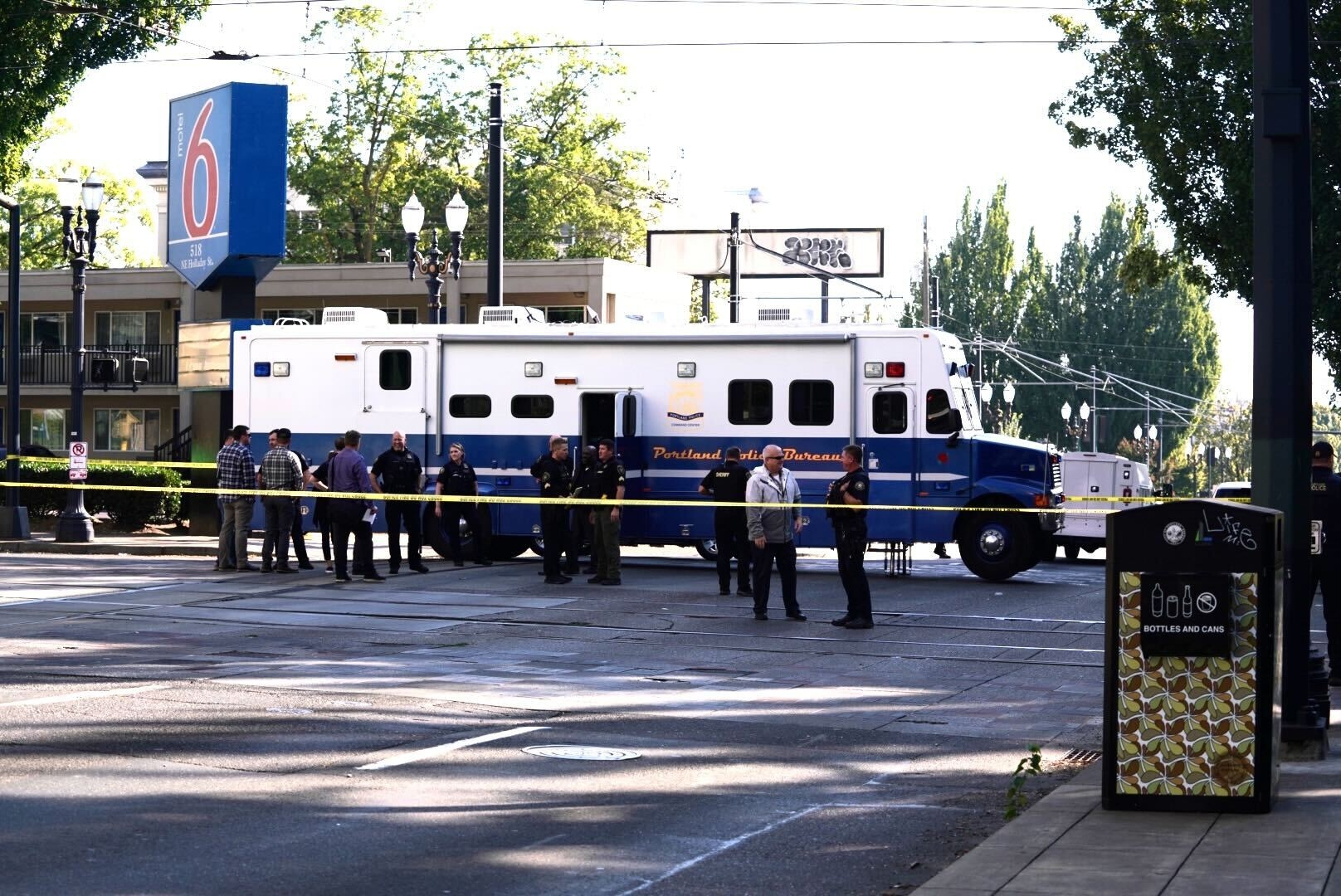 Police shootings in Oregon increased in 2022

By Jonathan LevinsonJanuary 2, 2023No Comments

Just six days into 2022, law enforcement said Roman Ivan Kokhanevych, 24, robbed a Gresham bank and led them on a pursuit through Troutdale and Gresham. Throughout the chase, according to law enforcement, Kokhanevych fired several times at police and sheriff’s deputies.

Phifer was one of seven officers who shot and killed John Elifritz at a Southeast Portland homeless shelter in 2018 when Phifer was a Portland police officer.

Eleven months later, Salem Police Cpl. Joshua Buker shot at but did not hit Vincent Nesbitt and Daren Shelton-Olson, both 19, during a foot pursuit after the two allegedly attempted to carjack a woman. Nesbitt and Shelton-Olson were both arrested and charged.

The incident marked the 38th time law enforcement in Oregon shot at someone last year, breaking a previous record set in 2018 when police shot at 37 people, according to police watchdog Portland Copwatch.

In Portland, police officers shot at nine people in 2022, killing four and injuring three. A fifth person was killed in Portland by a Clackamas County Sheriff’s deputy after a car chase that ended in the city limits.

Statewide, the number of police shootings increased by five since 2021, while Portland police killed the same number of people.

The record-setting police violence matches a nationwide trend, according to data collected by the Washington Post. Last year, police killed 1,055 people, the highest since the Post started tracking fatal police shootings in 2015. As of Dec. 20, 2022, it estimates the nation’s law enforcement will set another record with 1,069 deadly police shootings.

Gun violence in Oregon is high across the board. The nation’s homicide rate appears to have dropped by as much as 5% in 2022, according to criminal justice data firm AH Datalytics. Whether the dip is a statistical aberration in an otherwise upward trajectory or if two years of increasing homicides are finally abating may not be clear for several years to come. Still, that shift wasn’t present in Portland, where homicides have stubbornly continued to increase.

In 2021, Portland was one of at least a dozen U.S. cities that had a record number of homicides. In 2022, several of those cities saw double-digit declines while Portland once again set a record. After tallying at least 92 homicides in 2021 and shattering the previous record of 70 set in 1987, the city notched its 93rd homicide in November. As of Dec. 29, there had been 100 homicides and 1,292 shootings.

“There is a positive correlation between a geographic area’s violent crime rate and police-involved shootings,” Portland State University professor of criminology and criminal justice Kris Henning said. “In other words, cities with higher crime rates tend to have higher rates of officer-involved shootings.”

Henning also said that when rates of gun ownership in a community go up, so does the rate of police shootings.

Portland city leaders have scrambled to try to get control of a homicide rate that increasingly seems unaffected by their specialty police units, grant programs, and street-level outreach.

After disbanding the controversial Gun Violence Reduction Team in June 2020, the team’s functions had all been resurrected by January 2022 when the Focused Intervention Team took to the streets.

At least eight officers on that team have shot at people on three different occasions in 2022.

At the end of 2020, Portland Mayor Ted Wheeler announced a plan to increase the number of outreach and hospital-based trauma responders deployed in the city in an attempt to interrupt cycles of retaliatory violence.

The Portland Police Bureau has also ramped up its recruiting efforts. It announced in December it now has over 800 sworn members for the first time in several months.

Some research has shown that for every 15 to 20 additional officers in a department, one homicide will be prevented, prohibitive math for a city grappling with a more than two-fold increase in homicides in as many years.

“It’s not just the police,” Renauer added. “It’s the police working with community, street, school outreach workers that know the victims and offenders and know where these rivalries and tensions are existing.”

The city has not stopped putting forward new efforts at violence reduction, even as its other efforts remain ongoing without apparent effect. In July, Wheeler rolled out another initiative, this time declaring a gun violence emergency with a goal of reducing shootings by 10% over the next two years. Dubbed Safer Summer PDX, the initiative also introduced the Focused Investment Group, a $2.7 million program tasked with intervening to “persuade those at highest risk of shooting not to shoot,” engaging at-risk youth, and investing in communities to “address environmental factors conducive to gun violence.”

Since Wheeler’s announcement in December 2020, nearly 200 people have been killed in Portland.

FEATURED IMAGE: Officers gather in front of a Portland Police Bureau mobile command unit parked on Holladay and NE Grand at the scene of an officer-involved shooting near the Lloyd Center in northeast Portland on October 5, 2022. (Jonathan Levinson / OPB)