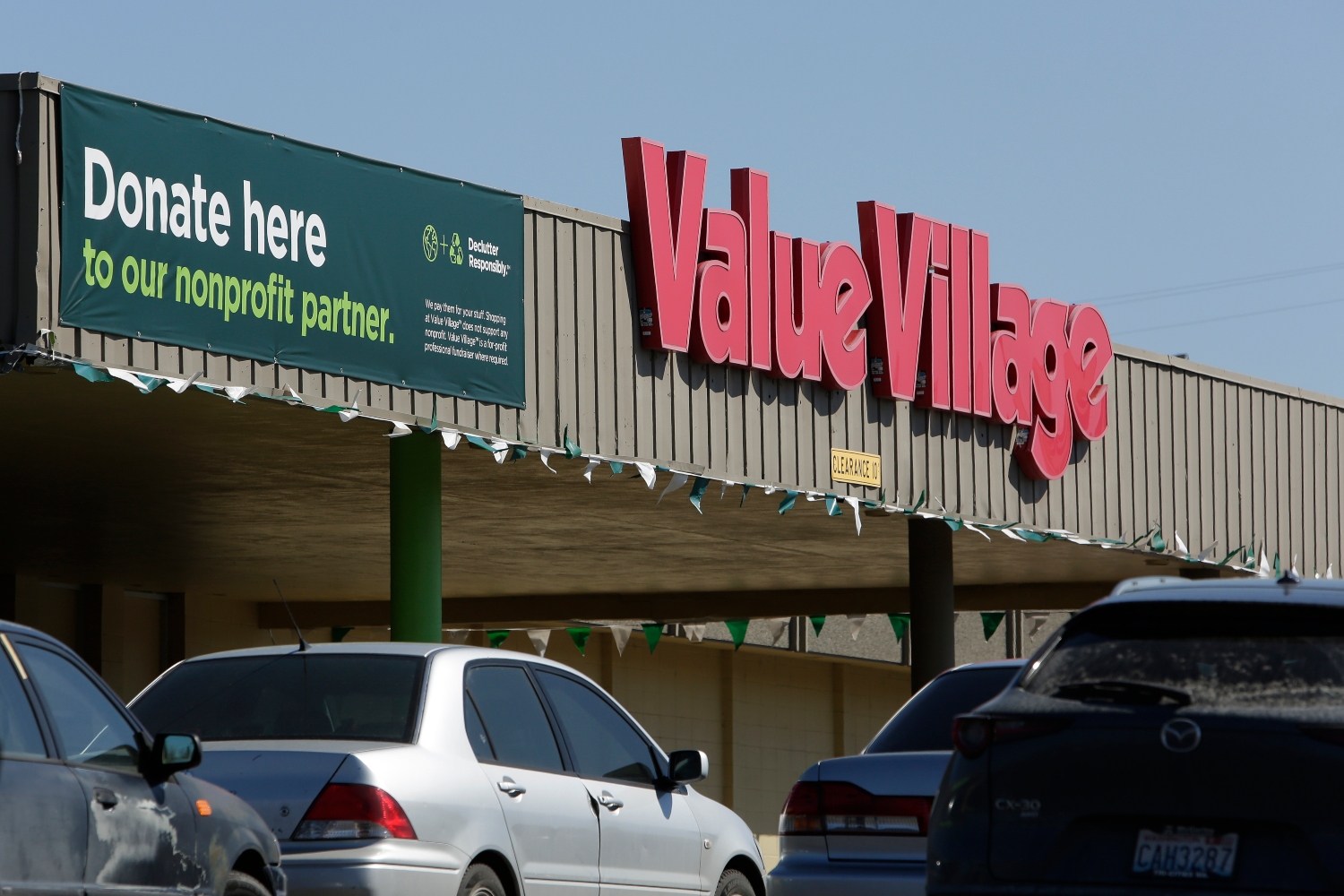 By Andrew EngelsonDecember 13, 2022No Comments

For five years, Ferguson’s office has pursued a case against Value Village for what it said are deceptive marketing practices that exaggerate how much the company contributes to charities. As the Washington State Supreme Court considers arguments made in October, a former nonprofit partner has come forward to criticize Value Village and its practices.

Stacy Dym, executive director of The Arc of Washington State, a nonprofit advocating for people with intellectual and developmental disabilities, said Value Village abruptly dropped her organization as a partner in April 2020, just as the pandemic began. Dym said Value Village, which has annual profits of more than $1 billion, provides an unpredictable revenue source to nonprofits – and its sudden termination of a contract with the Arc cost the charity $150,000.

Dym said the company takes advantage of consumers believing not only that their items are reused, but that a large portion of the company’s profits go to supporting charities.

“It’s a beautiful idea,” she said. “And it’s not what actually happened.”

The State of Washington first brought a case against Value Village’s parent company, TVI Inc. in 2017, accusing the privately owned national chain of more than 300 thrift stores of “hiding its for-profit status behind a veneer of charitable goodwill.”

Ferguson’s office claims Value Village violated the state’s Consumer Protection Act and Charitable Solicitations Act by misleading customers and giving them the impression that their purchases benefited nonprofit partners and that every time someone donated clothing or other goods, charities received a donation.

The reality, first reported by InvestigateWest in 2015, is that Value Village pays nonprofits pennies on the pound for clothes donations, and sometimes pays nothing at all for donations of furniture, housewares or toys. The attorney general’s office also claims the chain’s past aggressive advertising campaigns gave the impression that the chain donated directly to charities – or even that Value Village itself is a charity. A consumer study commissioned by Ferguson’s office found that 75% of people surveyed in Washington believed Value Village was a nonprofit, and more than 90% of respondents overestimated how much stores actually give to charities.

The King County Superior Court ruled against TVI in 2019, but a Washington appeals court overturned that ruling in 2021, siding with Value Village. The state Supreme Court agreed to hear the case earlier this year and heard arguments in October.

A spokesperson for TVI said in an email that the Court of Appeals’ dismissal of the state’s claims was the correct opinion.

“We respect the role of the Washington Supreme Court in reviewing this case and remain confident in our legal position,” they wrote. “We look forward to continuing our mission for a more sustainable future as we have proudly done for more than 50 years.”

In an unusual move earlier this year, the attorneys general of Minnesota, 13 other states and the District of Columbia filed an amicus curiae brief in support of Washington’s case. In 2015, Value Village agreed to pay $1.8 million to six charities as part of a settlement with the Minnesota Attorney General’s office, which had filed a lawsuit against TVI for violating the state’s charity law.

In arguments before Washington’s Supreme Court, Value Village claimed that its consumer messaging is charitable fundraising protected by the First Amendment. Countering that argument, Solicitor General Noah Guzzo Purcell argued before the court that the company’s marketing materials are commercial speech and therefore subject to deceptive-marketing laws.

Statements like “Shopping: Great Deals and Good Works in One Outfit” or “Developing Nations Benefit Through Our Wholesale and Philanthropic Efforts” made on the company’s website and in-store advertising were “clearly aimed at making people feel good about shopping at Value Village,” Purcell told the justices.

“[T]here’s nothing wrong with that inherently. But those statements, in context – as the trial court found looking at the whole record – were misleading,” he said.

Because the case is actively being considered, the attorney general’s office declined to be interviewed, but spokesperson Brionna Aho wrote in an email, “The strong bipartisan support from other states speaks to the importance of this case to state efforts to protect consumers.”

Defending the chain’s parent company, TVI, attorney James Condon Grant argued before the court in October that “the state has admitted it has no actual proof of deception, it has no proof of actual harm, it has no proof that TVI ever intended to deceive anyone.”

Dym, of The Arc of Washington State, disagreed.

She said that most consumers don’t understand that Value Village is a for-profit thrift store chain with tremendous revenue, little of which filters down to charities.

“We were just a small cog in that wheel,” Dym said.

Dym said her organization was paid 44 cents per pound for “soft goods” such as clothing and shoes that The Arc gathered from at-home pick-ups using rented trucks – and received just nine cents per pound for goods dropped off at Value Village stores. This revenue was unpredictable – as much as $75,000 in some years, in others nothing after expenses such as staff and truck rentals. The charity’s partnership with Value Village began in 1991.

One week after Dym took the job as The Arc’s director in April 2020, she received a call from TVI representatives in which they announced they’d be terminating the nonprofit’s contract with Value Village in two weeks.

Dym had a long conversation with Value Village representatives, hoping to convince them to temporarily suspend the arrangement during the pandemic. But it became clear the company no longer needed The Arc’s clothing donations, and the program abruptly came to an end due to a contract clause that effectively allowed TVI to terminate their arrangement at any time, she said.

The Arc was forced to lay off 35 of its 50 employees. And unlike Value Village, the nonprofit was not contractually allowed to break its leases with the truck rental companies. As a result, it was held responsible for $150,000 in truck lease fees.

“It was devastating,” Dym said. “And the most devastating thing was letting go of those 35 employees.”

The Washington chapter primarily advocates in the legislature for laws and funding that support people with disabilities and their families and in cooperation with county chapters, and facilitates parent-to-parent groups and a mentoring program. It also helps manage the state’s Developmental Disabilities Endowment Trust Fund, established to help people with disabilities and their families to save money for their care without affecting disability benefits or Medicaid eligibility.

The clothes donation program helped fund a portion of The Arc of Washington’s $1.8 million annual budget for those programs.

“In some years it was a good money-maker for us. Anywhere from $50,000 to $75,000 could be made a year, which meant we didn’t have to have a gala,” Dym said. “But in intermittent years, that was not the case. It was only break-even after expenses.”

The Arc didn’t have brick-and-mortar drop-off sites for donations it sold to Value Village, but instead had a staff of 35 people, several rented buildings for sorting clothing and accepting phone calls, and a fleet of leased trucks to pick up donations from people’s homes.

“It provided an unrestricted flow of income,” Dym said. “For our programs that was pretty significant.”

TVI declined requests for an interview with Crosscut, so it’s not clear how many other contracts with nonprofit organizations Value Village terminated during the pandemic. TVI still maintains a close relationship with The Arc of Minnesota, and includes the charity’s name and logo in marketing for the store, located in a suburb of Minneapolis.

“It was pretty clear that they were changing their business model,” Dym said, noting that Value Village has kept up relationships with two charities in Washington: Northwest Center and Big Brothers Big Sisters.

Gene Boes, president of Northwest Center, which also serves people with disabilities, declined an interview because the case is still pending. He deferred to an amicus brief the nonprofit filed jointly with Big Brothers Big Sisters in support of Value Village.

“The brief describes our 50-plus year relationship with Value Village that has been critically important and beneficial to the constituents we serve,” Boes wrote.

The brief argues that the Appeals Court was correct in ruling in favor of Value Village, and insists that the company’s marketing is protected by the First Amendment and that there were no specific examples of deceptive marketing.

The brief charged that the state cherry-picked advertisements that were not representative of the company’s complete marketing approach, and argued that because it provides revenue to nonprofits, “TVI’s speech is fully protected charitable solicitation.”

The state Supreme Court will be tasked with deciding whether Value Village was making charitable solicitations, which are less subject to deceptive-marketing claims, or engaging in commercial speech, which is more tightly regulated.

Dym said she recognized other charities are in a delicate situation trying to maintain their revenue source from TVI. She said she understands why Northwest Center and Big Brothers Big Sisters continue to work with Value Village, but is disappointed the company doesn’t donate more of its profits to charity. “[B]ecause they do rely on this public feeling that it’s a good thing they’re doing,” she said.

She said The Arc’s office still gets calls weekly from people wanting to have their used clothing picked up, especially near its facilities in Bellingham and Tacoma.

The Arc’s board has been struggling to decide on a fundraising strategy to replace its agreement with Value Village. “It’s very difficult to figure that out. We have not come up with one yet,” she said.

Despite losing this source of income, Dym said The Arc will continue lobbying for more money to help people with disabilities and their families. A 2019 report found that Washington ranks 30th in the nation in allocating money for programs that support people with developmental disabilities. And in the upcoming legislative session The Arc will be advocating for an increase in funding for housing assistance and Medicaid waivers that allow parents of medically complex children to qualify at higher income levels.

Ultimately, she hopes that Value Village gives more of its profits to the charities that burnish the company’s reputation and enable it to earn over $1 billion each year.

“It’s really a moral argument for the board of directors of TVI,” Dym said, “to do some reckoning and say: ‘Should we do more? We make a bunch of money. Should we give more? Should we play on this public desire for us to do the right thing?’ It would be really good if they did.”