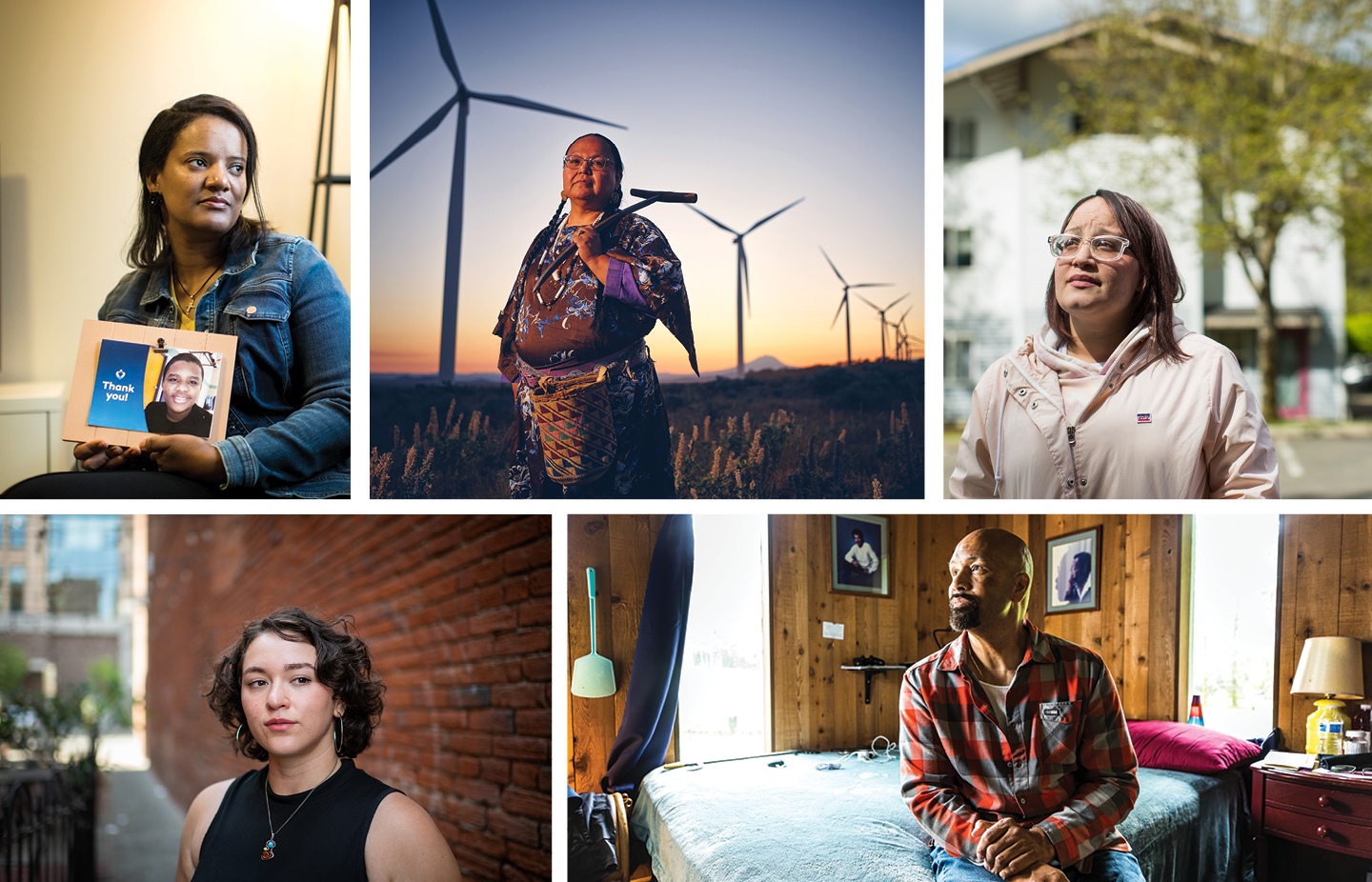 This year, InvestigateWest added three full-time reporters, four part-time senior editors, four new board members and is on track to grow even more in 2023. The newsroom is currently looking for a news and investigation editor, and with help from Report for America, will be adding an investigative reporter to cover democracy and extremism on a full-time basis.

“Lisa and I believe that journalism is necessary for a healthy democracy, and we regard our support for InvestigateWest as an important component of our philanthropy. Its small but growing staff has had important impacts across the Pacific Northwest, covering many of the biggest issues of our time — climate change, social justice, and threats to American democracy,” says Paul Joseph Brown, a retired photojournalist. “InvestigateWest delivers great bang for your buck, and Lisa and I are thrilled to support the organization.”

“It’s impossible to overstate the impact Lisa and Paul have had on InvestigateWest. Not only are they supporting our work financially, they have become tireless, outspoken ambassadors for journalism, opening their home for fundraisers and recruiting others to the cause of local news,” said Executive Director Jacob Fries. “Investigative journalism is hard, time-consuming and expensive, and we could not do what we do without these two incredibly dedicated people.”

InvestigateWest produces in-depth, independent reporting aimed at spurring real-world change, and in addition publishing on its website, its work now regularly appears in more than 20 news outlets across Washington, Oregon and Idaho. The organization has also collaborated on groundbreaking projects with a number of national outlets, including The Atlantic, Reveal, The Washington Post and The Guardian.

InvestigateWest was founded in 2009 by Seattle Post-Intelligencer reporters and editors after the paper stopped publishing. The organization was part of a pioneering group of news outlets created at that time to preserve public-service journalism through a nonprofit model relying on reader support and philanthropic donations rather than advertising. Besides individual donors, InvestigateWest receives support from a number of foundations including Arnold Ventures, the Reva & David Logan Foundation, the Bullitt Foundation, the Fund for Investigative Journalism and the Martin-Fabert Foundation.

Over the years, InvestigateWest’s reporting has resulted in nine new laws in Washington to protect workers, the environment and foster kids, and helped push forward a new law in Oregon intended to promote justice for people of color.

In 2022, through a number of different projects, InvestigateWest’s reporting revealed the systemic neglect of underserved communities. For example, the news organization exposed the fact that Washington is increasingly shipping children with special needs out of state. That reporting prompted lawmakers and a state watchdog to call for reforms. It also explored the ways that Washington law lets clergy hide sexual abuse — again leading to demands for change from lawmakers and advocates.

Additionally, a number of lawsuits against Washington election officials have been filed after InvestigateWest examined how the state’s ballot-verification procedure disenfranchises tens of thousands of legal voters every election. A lawsuit filed last month by three civic groups and a prominent Seattle election attorney calls on the state to ban the procedure altogether.

To support this type of revelatory reporting, donations can be made to InvestigateWest through its secure online portal. For more information, Executive Director Jacob Fries can be reached at jacob@invw.org or (509) 251-4500.