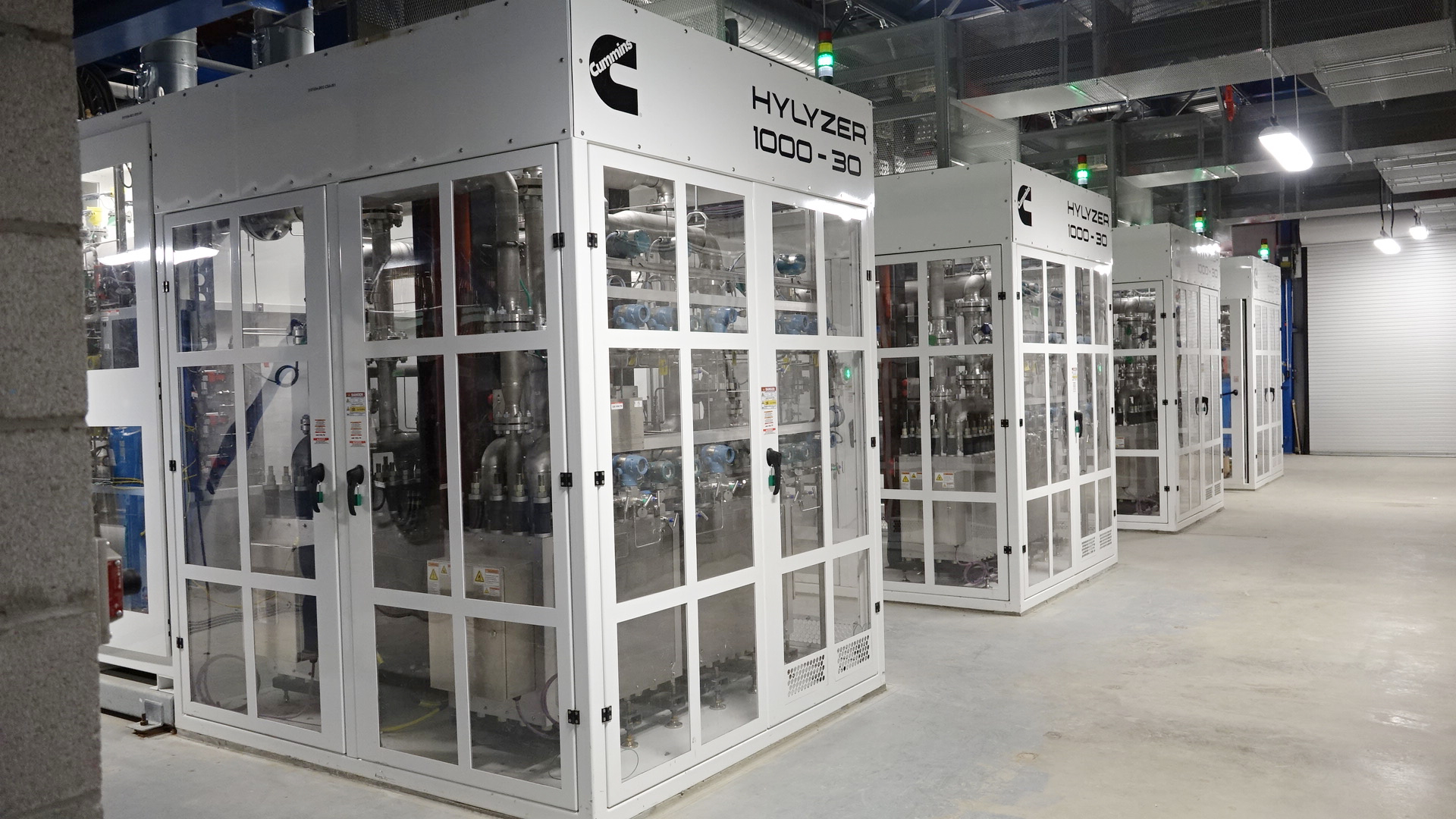 Using hydrogen to back up the grid

Home » Environment » Decarbonizing Cascadia » Using hydrogen to back up the grid

In the spring when snow melts and Cascadia’s rivers surge, hydropower producers are often forced to run their generators at full tilt. “We’re in high production mode,” said Gary Ivory, general manager for Washington state’s Douglas County Public Utility District, which operates a hydropower dam on the Columbia River. At times they generate so much power that they must literally pay power brokers to take it.

That is one of several power challenges that prompted Douglas PUD to build Cascadia’s first renewable hydrogen production plant, which is expected to start operating by November.

The utility will soak up extra energy by running the hydrogen plant, all while producing a zero-carbon fuel that can help decarbonize industries and vehicles get off fossil fuels. At other times it will benefit from the plant’s ability to shut down quickly. When a power plant goes offline unexpectedly or customers suddenly demand more power, the PUD can kill power to  the hydrogen plant and instantly redeploy its electrical supply.

Energy experts foresee a future in which hundreds of massive hydrogen plants help keep the entire grid in balance. And not just by turning on and off. The hydrogen they produce can also be reclaimed by the power system, providing a zero-carbon alternative to the natural gas (i.e. fossil gas) burned in gas-fired power plants.

Of course, that would preclude mothballing gas-fired power plants. That is a bitter pill for many environmentalists. Without the right policies, gas plants compete against renewable energy. And their pollution disproportionately impacts lower-income and Black, Indigenous and other communities of color. Hydrogen-burning generators would still impact local communities, though far less than burning natural gas.

Still, the gas plants could save Cascadia’s bacon during extreme climate events, such as the cold snap that recently caused blackouts in Texas. As Eileen V. Quigley, whose Seattle-based nonprofit Clean Energy Transition Institute led a December 2020 energy study for Washington state, puts it: “Gas plants will be used infrequently and for rare events when other resources do not suffice, but we will need them.”

Feature image: Electrolyzers use electricity to split water into combustible hydrogen gas and oxygen. If the electricity used is renewable, the resulting “green hydrogen” is a zero-carbon fuel that can replace fossil fuels for industries, heavy vehicles, and other energy uses that are difficult to plug in to the power grid. As Cascadia makes greater use of wind and solar energy, stores of green hydrogen can also be tapped to generate electricity, providing a backup power supply during extended dark, windless periods. (Photo: Cummins)