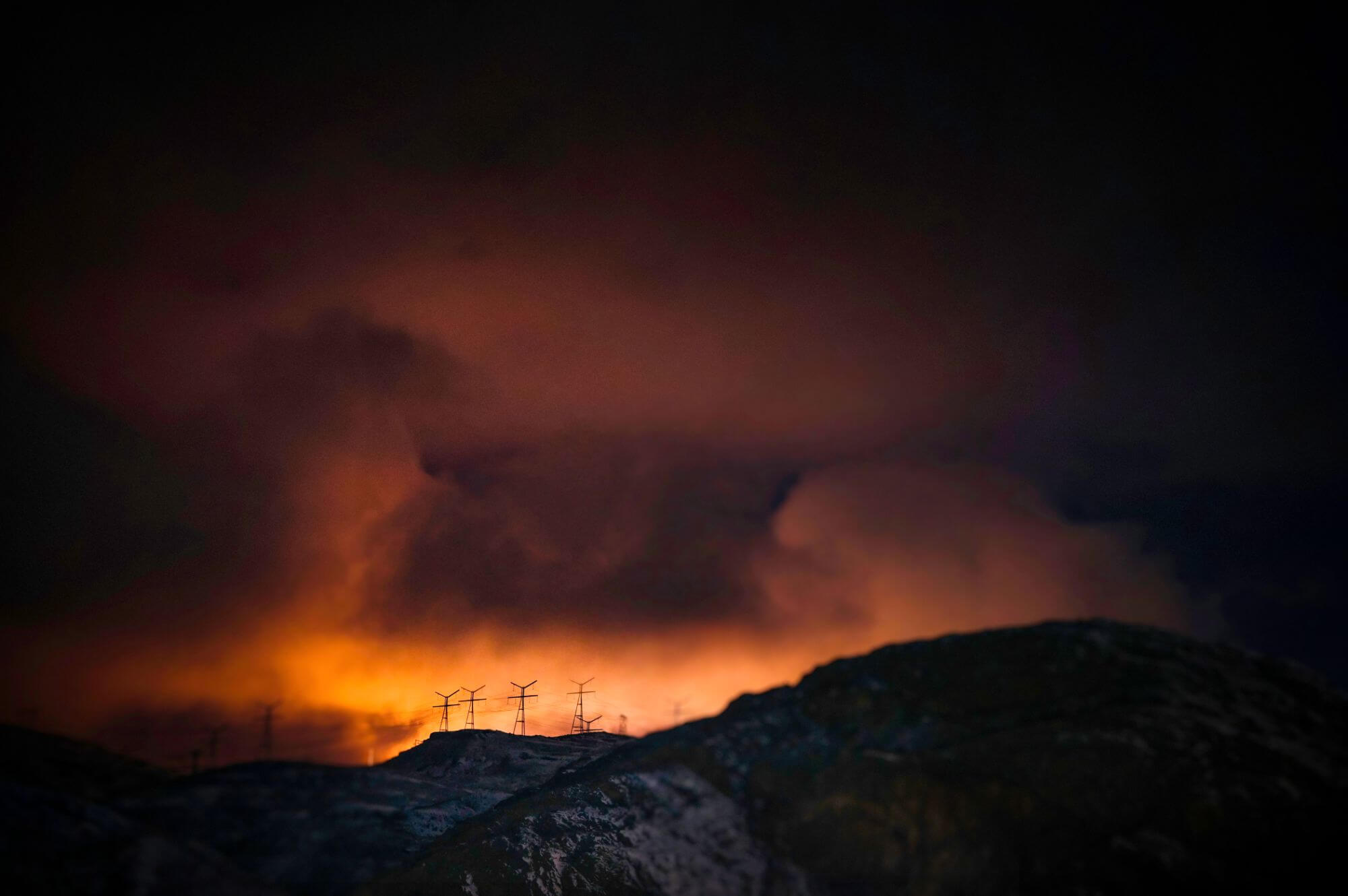 As part of the yearlong reporting project “Getting to Zero: Decarbonizing Cascadia,” InvestigateWest commissioned a set of maps that provide digital windows into vulnerabilities spanning Washington and Oregon that are likely to worsen with climate change. These maps — and related tools developed by community advocates, academic researchers and governments in Washington, Oregon and British Columbia — are described in the Decarbonizing Cascadia series’ fourth article: Visualizing Climate-Vulnerable Communities.

The vulnerability maps spotlight a selection of communities in Oregon and Washington that bear greater attention as climate change worsens. The trio of maps highlight communities that simultaneously face:

Consider wildfire vulnerability. Fire risk predictions by U.S. Forest Service scientists, developed for the agency’s Wildfire Risk to Communities information service, show that Washington and Oregon’s most intense wildfires are most likely to occur east of the Cascade Mountains.

But the interactive Wildfire Vulnerability mapplots more than just communities facing heightened fire risk. It highlights communities that face heightened risk as well as above-average levels of poverty and rental housing — including some towns and small cities west of the Cascades.

The socioeconomic factors matter because they limit residents’ ability to prevent fires by, for example, upgrading to fire-resistant roofing.

One observation that jumps out of all three maps: climate vulnerability is to be found across Cascadia.

Learn more about the highlighted communities by using the map’s interactive tools. Zoom in anywhere by panning and double-clicking. Hover over the dots to see data on each community. Learn more by clicking on a community and then clicking the provided link.

Socioeconomic variables are from the 2018 U.S. Census Bureau’s American Community Survey. Variables include the percent of families in poverty; people who are Asian, Black, Hispanic or Latino, and/or Native American; housing units that are rentals; people over the age of 65; and people with disabilities. Average values are for Oregon and Washington combined.

Flood risk is from FEMA and is shown as the percent of land in a community within the 500-year floodplain, which includes all 100-year floodplain areas. Average is for Oregon and Washington combined.

Heat exposure is from the Multi-Resolution Land Characteristics Consortium and it shows area lacking tree canopy based on remotely sensed data from 2016. Average is for Oregon and Washington combined.

Feature image: The glow of sodium vapor lights mixes with clouds above the Grand Coulee Dam, presenting an ominous glow resembling what an out of control range fire might look like in the high desert east of the Cascade Mountains. At least five wildfires scorched thousands of acres around the Town of Grand Coulee last year. The lack of trees in the town elevates its vulnerability to heat waves. Photo: Brian Plonka/InvestigateWest.