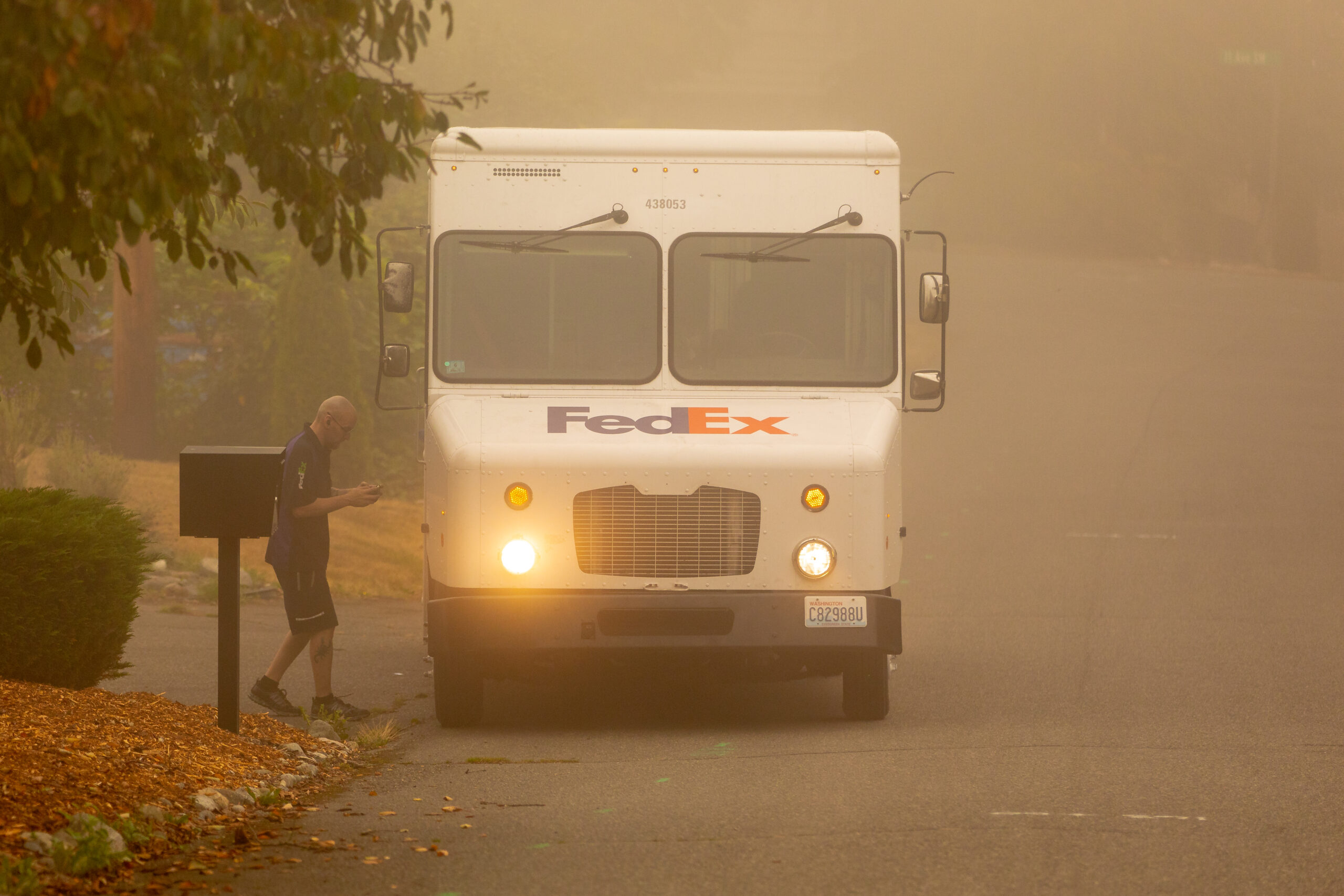 Government, employers do little to protect outdoor workers from smoke

When wildfire smoke comes, the main advice is to stay indoors. Close your windows, turn on an air purifier, don’t go for that run, and stick it out. But for hundreds of thousands of people across the West Coast, that’s simply not possible. By the nature of their work, those like bus drivers, construction workers, farmworkers, mail carriers and firefighters have to show up to work to keep society running—and for the most part, their jobs are outside.

It’s obvious that people working outdoors would be particularly vulnerable to smoke exposure and resulting health problems. But policy makers are doing little to protect these essential workers. While California is taking some early steps, Washington state merely offers recommendations to employers.

Experts at a 2018 wildfire smoke symposium led by the University of Washington noted that there are few to no regulations to protect outdoor workers, with employers left to implement piecemeal protections at their discretion. So employers are left to implement piecemeal protections at their discretion. The symposium also found that while all outdoor workers are vulnerable, those without health insurance, with precarious immigration statuses, and who are not unionized fare worse. That’s a problem given that outdoor workers are some of the least likely to have health insurance, and that only about 18% of construction and transportation workers nationwide are represented by a union. 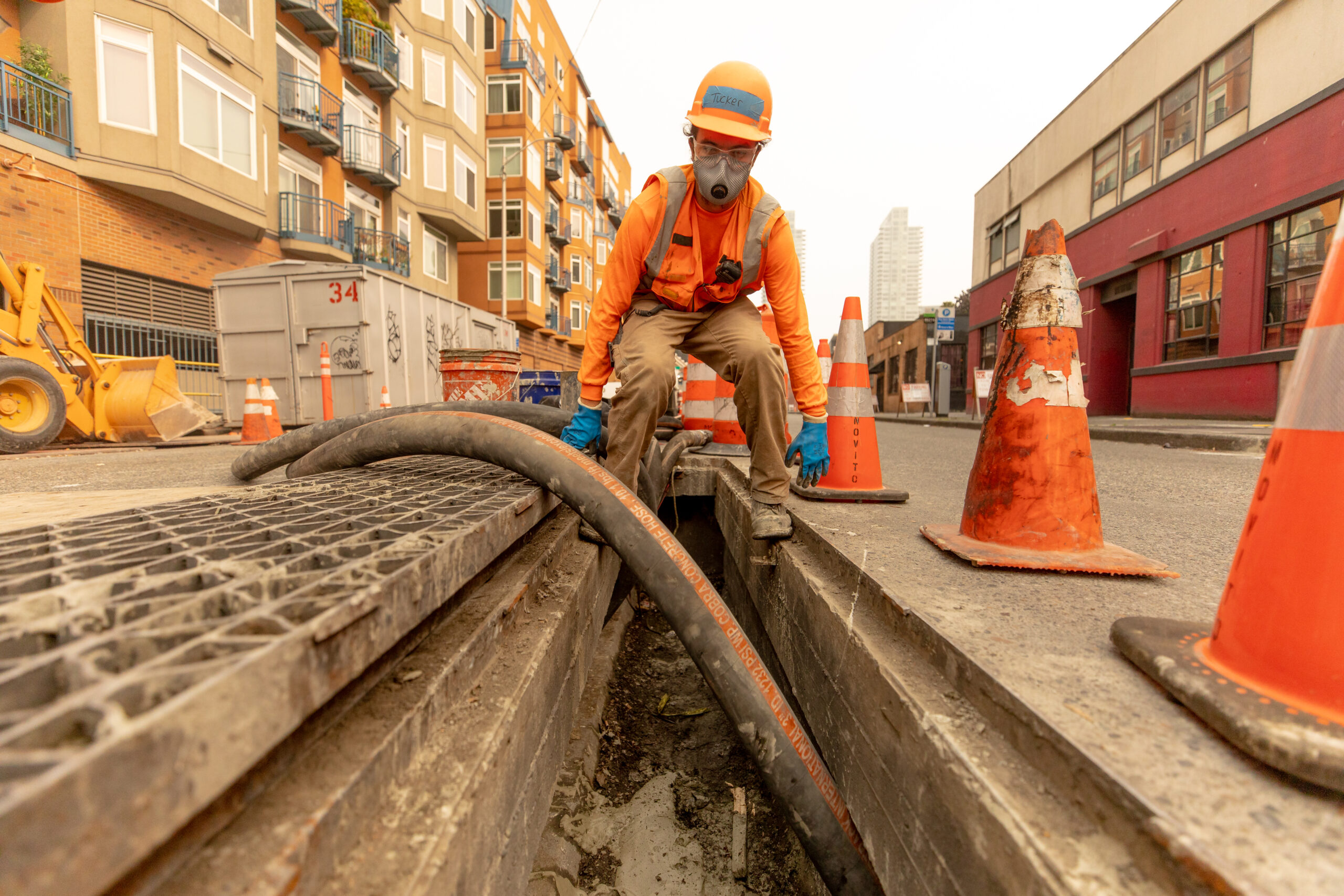 That a figure dips to just 1% for farmworkers, the most vulnerable outdoor workforce. Three-quarters of farmworkers are people of color, nearly half are not U.S. citizens, and years of pesticide exposure that has been linked to respiratory conditions means many have underlying health issues that can be exacerbated by smoke.

“We’re talking about people who breathe in basically tear gas every day, thanks to pesticide use. So they’re already vulnerable because of that,” said Rosalinda Guillen, who leads Community to Community Development, a farmworker justice organization based in Bellingham. Guillen notes that given their harsh working environment, poor health conditions, and often chronically low pay that impacts what they eat and where they live, farmworkers’ lifespans are already significantly shorter than the general population, on average.

And just as they are pressured to work in the midst of the coronavirus pandemic with limited protections, farmworkers are equally considered essential workers when the skies are smoky, given that wildfires often coincide with the height of fruit and vegetable harvest. Cora Sack, a pulmonologist at the University of Washington, says she regularly sees farmworkers come to her clinic during and after a smoke event. Many have conditions like COPD, and “they have a lot more respiratory symptoms that are more severe when there are these smoke events.” She tries to support chronically ill patients by writing accommodation letters, asking employers to excuse them from work, but “these are people without many other options. They often need the money so taking a day off may not be possible.” One survey found that 70% of farmworkers make less than $30,000 a year.

Those on temporary H-2A guest worker visas in particular are “just never going to take a day off,” says Andrea Schmidt, an attorney who works with farmworkers at Columbia Legal Service in Olympia. Because their immigration status is linked to a specific employer, they can’t threaten to find other work or easily demand workplace changes. “They’re just too fearful of retaliation,” says Schmidt. 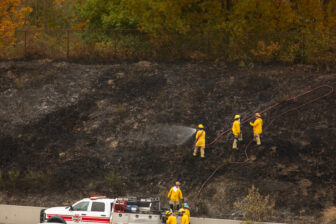 Firefighters extinguish a brush fire along Interstate 5 just south of the Tacoma Dome during rush hour in the recent smoke wave.

With climate change, groups like farmworkers are poised to become more vulnerable. A new study by the University of Washington and Stanford estimates that the number of unsafe working days for farmworkers will double by 2050 and triple by the end of the century. One of the authors, David Battisti, has said that significantly reducing working hours is “the only option if you don’t want to kill them.”

Changes are slow in coming, but may be starting. In 2019, California’s occupational health and safety agency, Cal/OSHA, adopted a standard that N95 masks must be offered to outdoor workers when the air quality reaches an Air Quality Index of 151, which indicates that it’s unhealthy. Critics point out that this is still an extremely high reading, especially given that many farmworkers may fall into the “sensitive group” category, as many have underlying health conditions, are exposed to other contaminants like pesticides, and all are breathing hard. The standard also says that employers should attempt to “lower employee exposure” by, for example, “moving them to a place with a lower current AQI,” and offer more breaks and shorter workdays. Employers should not retaliate if workers seek medical care.

But the enforcement mechanism remains weak, with employers able to say that they’ve tried to protect workers, without having to actually ensure that anything meaningful has happened. The regulatory body also doesn’t make unannounced visits to work sites (during one week of the Thomas Fire, in 2017, some Cal/OSHA offices were reportedly closed due to concern for their own workers’ health). 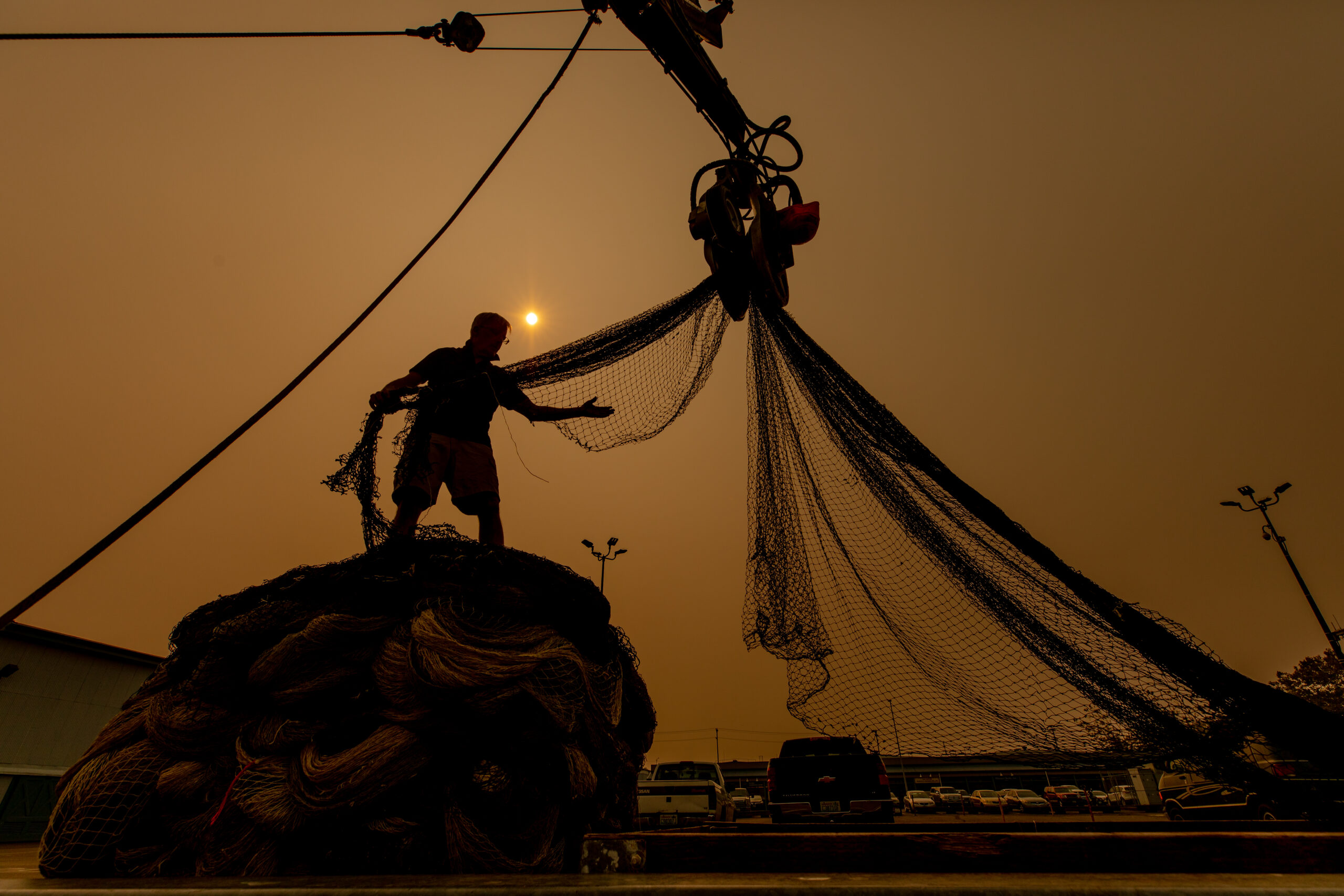 Joe Wolfe stacks fishing net from the boat Anita at Fisherman’s Terminal in Seattle during the recent smoke wave.

Still, California has gone beyond Washington state. The Washington Department of Labor & Industries offered best practices for protecting farmworkers last year, which include recommendations such as moving workers to less smoky areas and rescheduling work. But the department makes it clear that these are suggestions only, requiring “no occupational safety and health rules specific to wildfire smoke exposure.”

Findings of 2018 symposium on wildfire smoke risk sponsored by the University of Washington.

Ryan Allen, who helps to lead the department’s Division of Occupational Safety and Health, says that rules like the Cal/OSHA standard are being “watched very closely” as it’s clear that this is a “hazard that is becoming more prevalent,” but there’s nothing specific in the pipeline yet. He expects this summer and fall to be spent focused on dealing with the coronavirus outbreak in Washington’s farmworking communities, but notes that there are just not enough N95 masks “to go around to everybody who is in dire need,” even though they could protect against both coronavirus and smoke.

Guillen, the Bellingham activist, says that such recommendations rely too much on individual action, with little help from the government to make sure those changes are actually feasible and implemented. She points out that most state laws simply require that workers be informed of potential threats, with action an unenforceable afterthought. And bigger changes, like mandatory “smoke days” and increased wages, remain a distant dream.

“This is a failure of the Washington state agencies to let people of color, and especially farmworkers, be protected against these dangers, prior to when they happen,” Guillen says. “Agencies and employers haven’t even thought about giving people days off when it’s smoky. There are no ongoing economic protections for farmworkers. The employers are like, ‘We’re not going to pay for it.’ We have to do everything ourselves.”