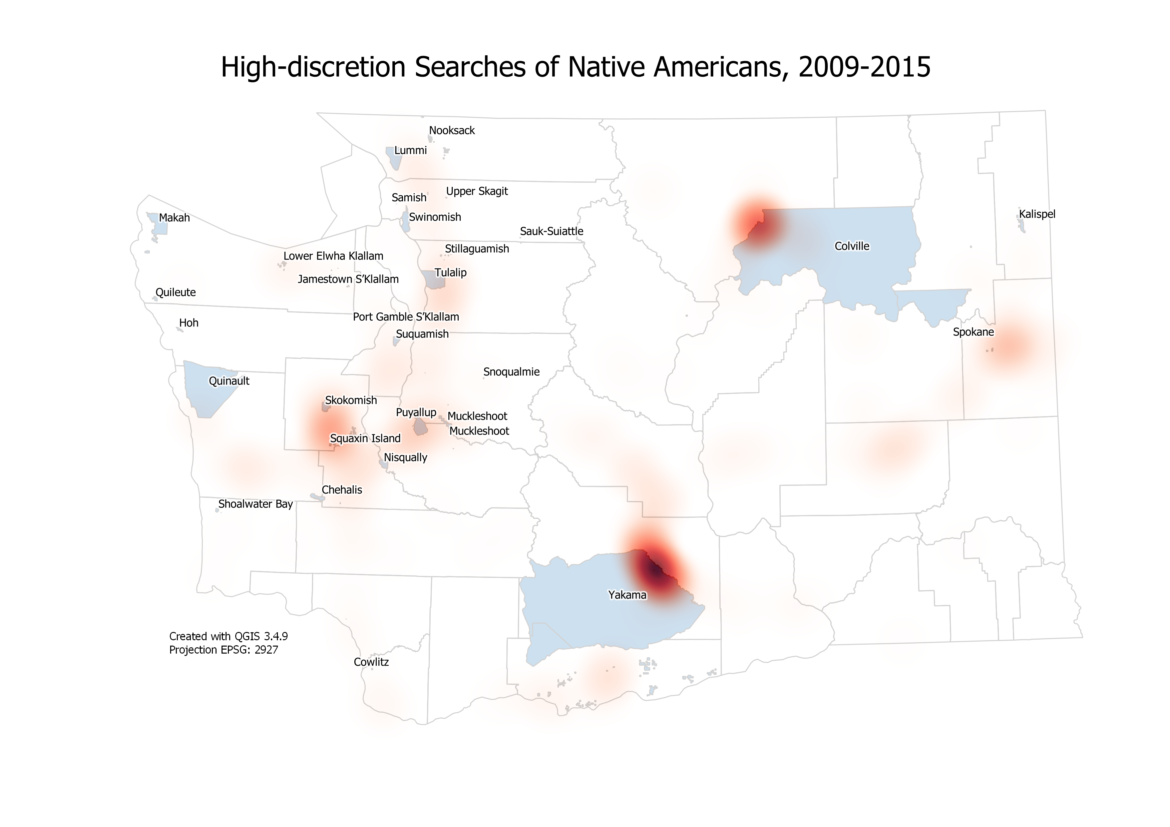 Revelations that Washington State Patrol troopers are searching people of color at rates much higher than whites have prompted the Washington House of Representatives to propose restarting bias studies that the Patrol quietly discontinued 13 years ago.

The House’s proposed budget would also launch a campaign to beef up efforts to recruit people of color to join the ranks of troopers who are overwhelmingly white and male. 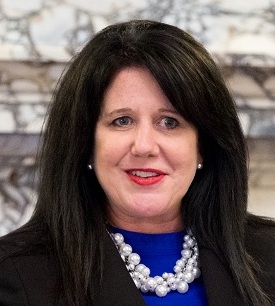 “It’s important, and it’s probably not just (happening in) our area and our state,” said Rep. Gina Mosbrucker, a Goldendale Republican who requested funding for renewed bias studies. “Hopefully we’ll do really great work and we’ll be able to share it across the nation.”

Whether the work will happen depends on what the leaders of the two Democratic-controlled legislative chambers negotiate over the next week before their 2020 session ends March 12. But the Senate’s proposed budget contains no funding for the racial-bias efforts. If the Senate were to agree with the House, the funding would also require Gov. Jay Inslee’s approval.

The legislative action follows InvestigateWest’s reporting in December that Native American, Black, Latino and Pacific Islanders have been searched by the State Patrol at much higher rates than whites. Native Americans were searched more often than any other group, a rate five times that of whites, even though troopers were more likely to find contraband when they searched white drivers. 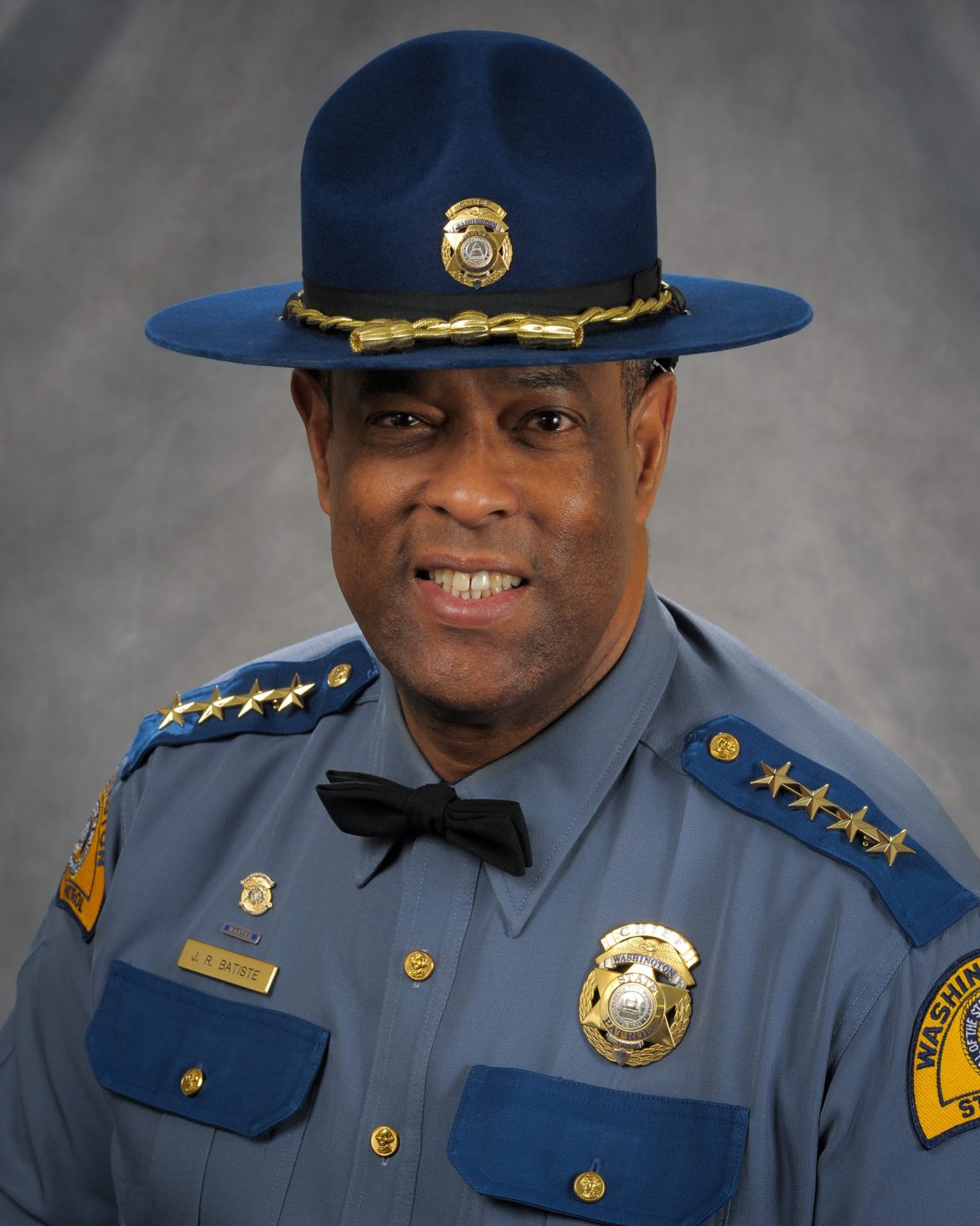 “The Governor and I remain committed to a goal of having a diverse agency that reflects the citizens that we proudly serve,” Batiste said in a written statement to InvestigateWest. The Patrol wouldn’t comment on the pending budget decisions by the Legislature.

InvestigateWest’s analysis of documents obtained under the Public Records Act also showed that the State Patrol didn’t follow a 2000 state law requiring the agency to “semi-annually” report data on the racial breakdown of motorists troopers searched.

According to documents InvestigateWest obtained through the Public Records Act, the State Patrol submitted the reports only in 2001, 2008 and 2009. A Patrol official in 2009 wrote: “The risk is very remote that we might get told in the future that WSP should have been submitting it.”

The reporting requirement was eliminated by the Legislature years later, in 2016, as part of a paperwork reduction act.

InvestigateWest’s analysis found that not only were Native Americans the most likely group to be searched, but nearly one-third of those searches happened on the edges of the Colville and Yakama reservations in Central Washington where tribal members exit their reservations onto U.S. 97. 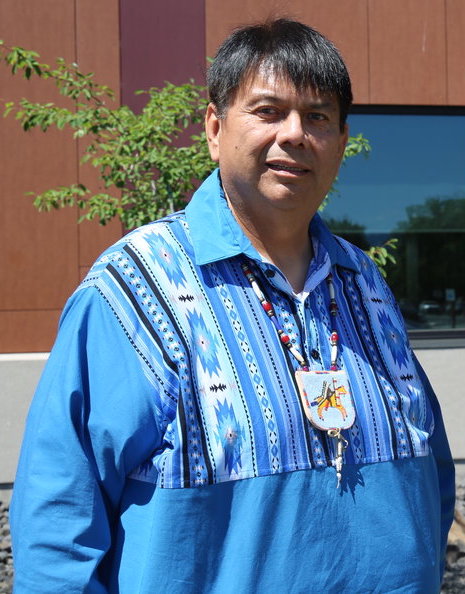 “Our young people almost have a fear of police officers and that shouldn’t be the case,” said Rodney Cawston, chairman of the Colville Business Council, the governing body of the Confederated Tribes of the Colville Reservation.

He said that on the Colville reservation, it’s widely believed that police are more likely to pull over and write tickets to tribal members. It’s just one of the many layers of discrimination Cawston said Native Americans face. As a result, he said, many tribal members distrust police.

Studies like the one proposed with WSU have the potential to put hard numbers behind those individual experiences and push policy makers toward solutions, Cawston said.

“We would like to see what is really happening out there,” he said. “The different levels of discrimination we’ve felt our entire lives, we don’t want that to be perpetuated into future generations. Anything we can do to address these issues, I’m in full support of it.” 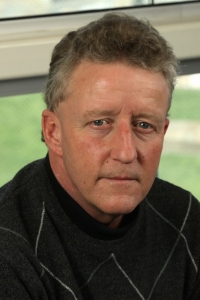 Clayton Mosher, a WSU professor who was involved in the 2003, 2005 and 2007 studies that raised red flags about the disproportionate search rates of Native Americans, said researchers didn’t find a “systemic problem” within the State Patrol. The new studies need to drill down into the regions where the searches are happening and the State Patrol needs to be willing to intervene with individual troopers who might be responsible for the disproportionate search rates, Mosher said.

“I was disappointed that they stopped (the studies), so I’m pleased to hear they’re doing it again,” Mosher said of the budget proposal. “It shows transparency.”

The House’s transportation budget includes a $150,000 line item to hire a consultant to create a recruitment strategy that will improve the State Patrol’s diversity. 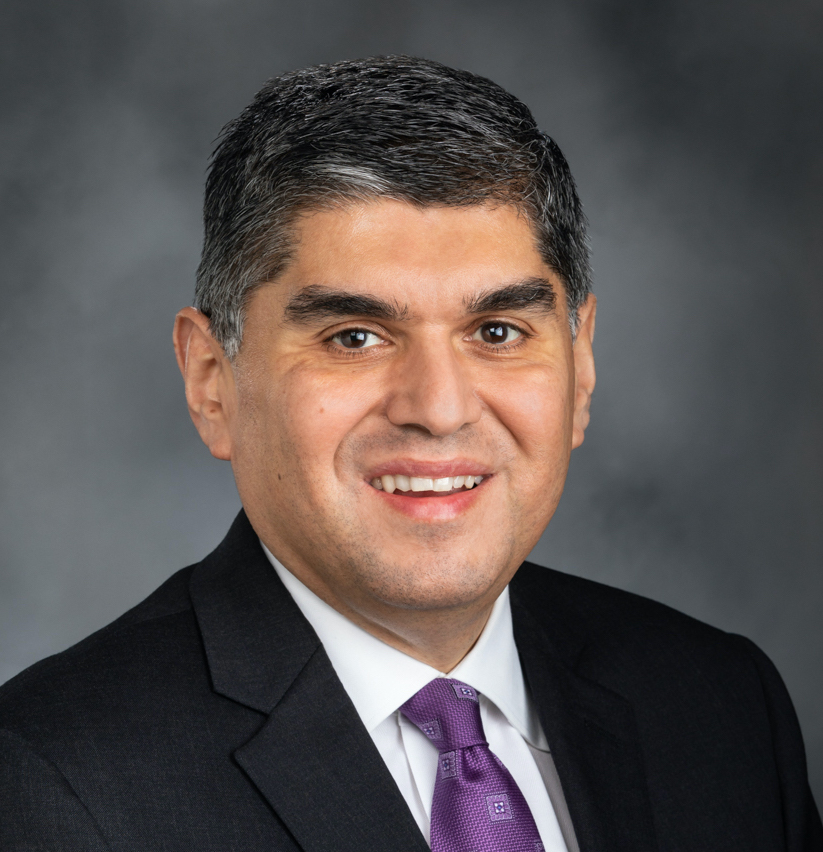 Javier Valdez, D-Seattle, requested a similar study last year, but funding that would have been spent on an outside consultant was not included in the final budget. Valdez, the vice chair of the House Transportation Committee, said the report the State Patrol produced on its own without additional funding was “inadequate.” The Patrol’s officers are more than 85 percent white and nearly 90 percent are male, and Valdez said he wants to see a plan for making the agency “reflect the diversity of our state.”

“When you have someone who has similar backgrounds (as) yourself, someone who has similar struggles … being able to work in a field where you historically haven’t had diversity, to be able to draw folks to this line of work, is a good thing,” Valdez said. “If you have folks from your own communities that are out there in that workforce, that helps build trust.”