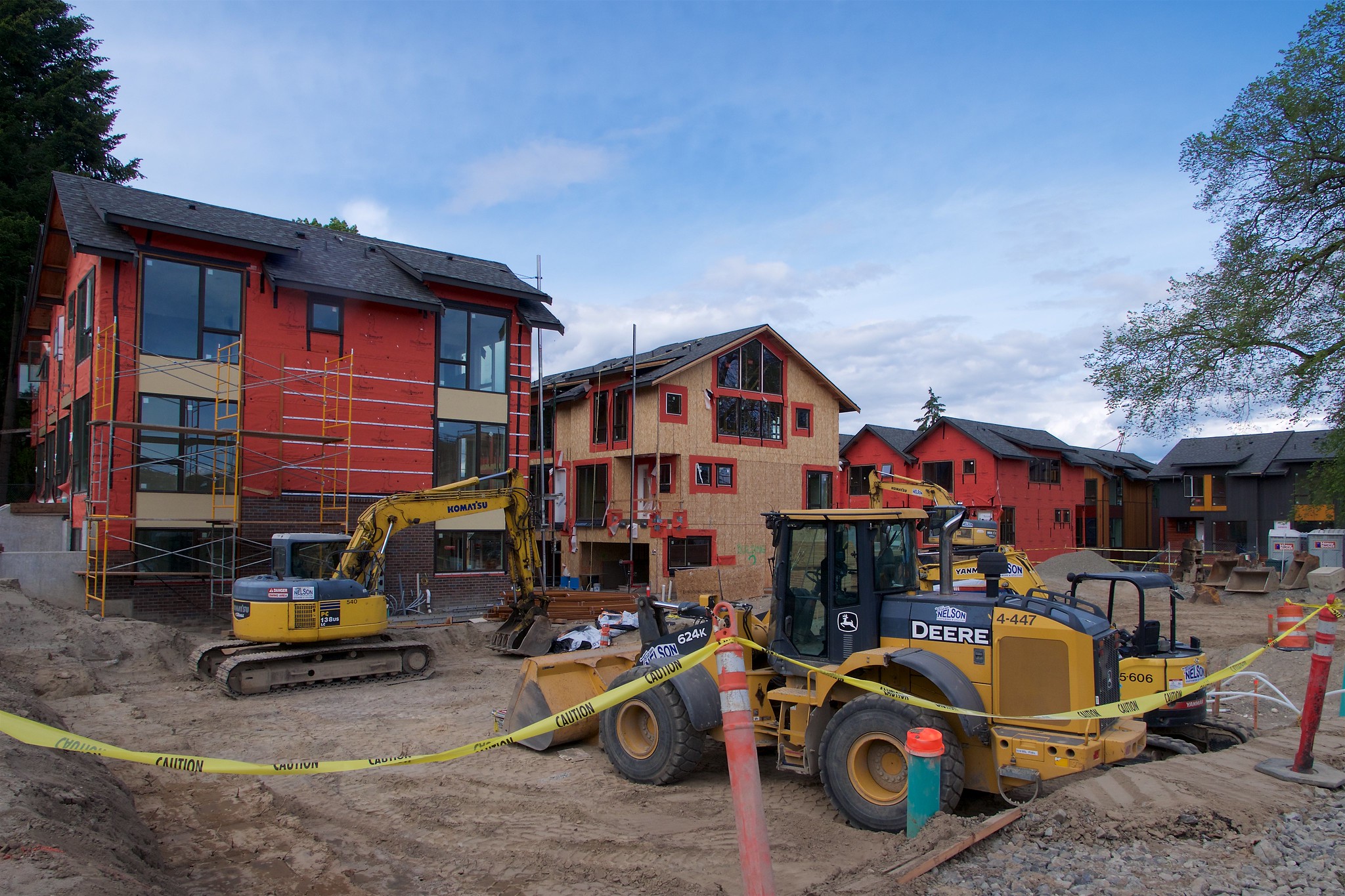 With orcas in jeopardy, Olympia considers making new development pay for past sins

In a move promoted by environmentalists and others as key to staving off the extinction of Puget Sound orcas, but opposed by the building industry, Washington may soon take a first, small step toward requiring that development benefit the environment.

“It sets a standard of leaving [the environment] better than we found it.” ~Rep. Debra Lekanoff

The budget proposed by the House of Representatives calls for planners to begin preparing to replace the state’s requirement that construction cause “no net loss” to habitat with a higher standard backed by environmental advocates — “net ecological gain.” It appears Washington would be the first state in the nation to do so.

The budget put forward by the Senate has no such provisions, though. Legislators in both houses are expected to negotiate an agreed budget in coming days.

The proposed new standard would be something of a sea change for land use in Washington. Builders doing damage to the environment would be required to create or restore more ecological capacity than their construction destroys. The century-plus-long decline in Washington water quality and the diminishing numbers of salmon might begin to be reversed.

“It sets a standard,” said Rep. Debra Lekanoff, the Legislature’s leading advocate for the change, “of leaving [the environment] better than we found it.”

“It’s sort of making current developers pay for the sins of the past. That’s just, quite frankly, unfair.” ~Jan Himebaugh, government affairs director for the Building Industry Association of Washington

Opponents contend the change amounts to government-sponsored theft, in that today’s builders would be paying for degradation — which occurred with the state’s blessing — from which others profited in the past. Local governments, too, are concerned that a shift in policy could prove expensive if they ultimately have to compensate landowners for the additional work.

Requiring additional environmental work would also slow homebuilding in the state while raising construction costs, said Jan Himebaugh, government affairs director for the Building Industry Association of Washington (BIAW). Washington’s housing inventory has not grown as fast as the state’s population, she said, driving housing prices to unaffordable levels in much of the state.

“It will slow that permitting process even more … and those costs that are already out of control will skyrocket,” said Himebaugh, whose organization represents homebuilders in Olympia. “That’s not good for housing, and that’s not good for the people of Washington who need homes.”

Over the past decade, “net gain” requirements have emerged as a priority for environmental advocates. The United Kingdom has in recent years moved toward enforcing the standard, as had several federal agencies in the United States. President Trump reversed course in 2017, issuing an executive order that rescinded an Obama-era directive that federal agencies seek to achieve a net ecological benefit when permitting development.

The proposed more stringent standard for Washington law was among the recommendations from the Southern Resident Orca Task Force, a collection of state and tribal leaders, bureaucrats and activists called together following successive deaths of the orca that frequent Puget Sound seasonally. The killer whale population has continued to decline in the two years since the task force was convened; six of the resident whales, which now number 72, have died since 2018. 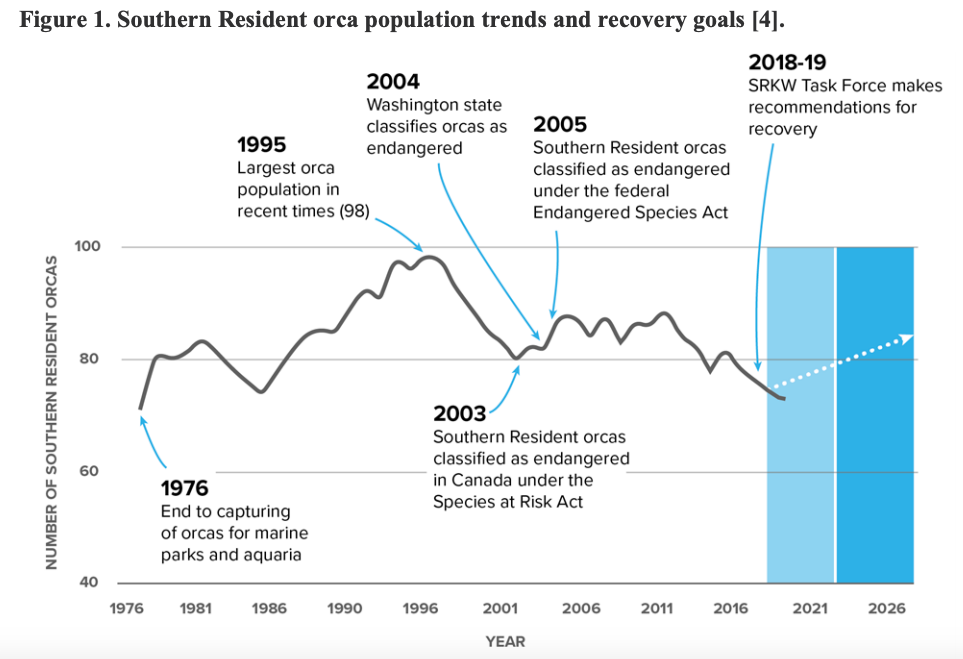 In the two years since the Southern Resident Orca Task Force was convened, the number of orcas has continued to decline. Six of the resident whales, which now number 72, have died since 2018.

Orcas in Puget Sound are stressed by pollution and boat noise. But a paucity of Chinook salmon, which make up 80% of their diet, is believed to be the key driver of their decline. The whales starve while Chinook shrink in number and size as their habitat fails. About three-quarters of Puget Sound’s salt marshes, which nourish and protect young salmon, have been wiped out, researchers say. The same is true for about one-third of the Sound’s bays and one-quarter of its beaches. Numbers of both orca and Chinook have dwindled to the point that they are protected under the Endangered Species Act.

“Protecting just the remaining habitat will not be sufficient to recover salmon,” Robb Krehbiel, Northwest representative for Defenders of Wildlife, recently told a Washington House of Representatives committee. 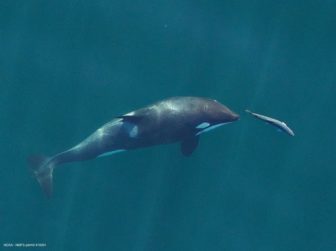 Chinook populations must rebound if Puget Sound’s orcas are to survive, but so far restoration efforts have failed to revive the salmon runs. Climate change and population growth — Washington’s population is expected to crack 9 million by 2035, an increase of about 1.4 million from today — both undercut gains the recovery efforts might achieve.

It’s evident, said Darcy Nonemacher of the Washington Environmental Council, that existing land use standards are failing to protect habitat critical to the salmon that feed the orcas.

“When we look as a whole, we have not been able to accomplish no net loss,” said Nonemacher, the lobbyist for the environmental group. “We are losing more habitat than we are restoring.”

Nonemacher’s organization supported legislation sponsored by Lekanoff, a Skagit County Democrat, that stalled in committee, and supports the effort’s inclusion in the House budget proposal.

As proposed, the state Fish & Wildlife Department budget would include $256,000 to fund a Washington Academy of Sciences analysis meant to determine how to incorporate the net-gain standard into state environmental laws, including the Shoreline Management Act and Growth Management Act, which direct development in much of the state. Local and tribal governments, state agencies, industry representatives and advocacy organizations would participate in the review.

Reviewers would be expected to assess the effect the shift might have on struggling species in the state, and present a range of options to decision makers. A report to the Legislature would be due in December, opening the door for its use in enacting the new standard during the 2021 legislative session.

Himebaugh said BIAW and other critics of the proposed standard have been cut out of discussions between the environmental advocates, the Legislature and local governments. She opposes the study, she said, because its outcome appears to be predetermined.

“You are requiring a person who has nothing to do with the damage to fix a problem that was caused legally,” Himebaugh said. “It’s sort of making current developers pay for the sins of the past. That’s just, quite frankly, unfair.”

It’s also, in BIAW’s view, illegal. The state and federal constitutions prohibit the government from regulating property in such a way that it loses all its economic utility without compensation. Such regulation can be considered a “taking” akin to the government seizing the land.

The legislation mirrored in the proposed budget also drew criticism from local governments, which would be required to significantly revamp their planning and permitting systems. 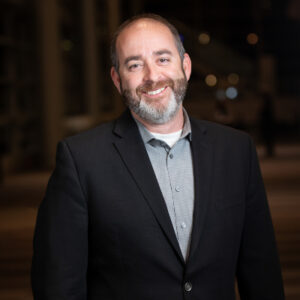 Paul Jewell, policy director for the Washington State Association of Counties, says local governments are “very concerned” about the costs involved in setting a higher standard.

Paul Jewell, policy director for the Washington State Association of Counties,  testified before a House committee in January, saying local governments are “very concerned” about the costs involved in setting a higher standard.

“It’s not an accident that [no net loss] is the standard,” Jewell told the committee. “When we require something that goes beyond … we end up paying for that under the takings clause” of the state constitution.

An early version of the bill would’ve actually launched the transition to the more stringent standard, a move that Jewell and others advocating in the state capitol for local governments described as premature. The legislation has since been watered down into the current proposed study, though Himebaugh argued the study is designed to support similar legislation when the Legislature convenes next year.

For supporters of the new approach, though, time is another vanishing resource.

Testifying in Olympia, Nora Nickum, ocean policy manager at the Seattle Aquarium, noted that habitat restoration projects meant to offset habitat destruction from development “are oftentimes not bringing damaged ecosystems back to their baseline.” The status quo means extinction for Puget Sound’s orcas and wild Chinook salmon, she said.

“We need to reverse the trend and we need to do it now,” Nickum said, “before it’s too late.”