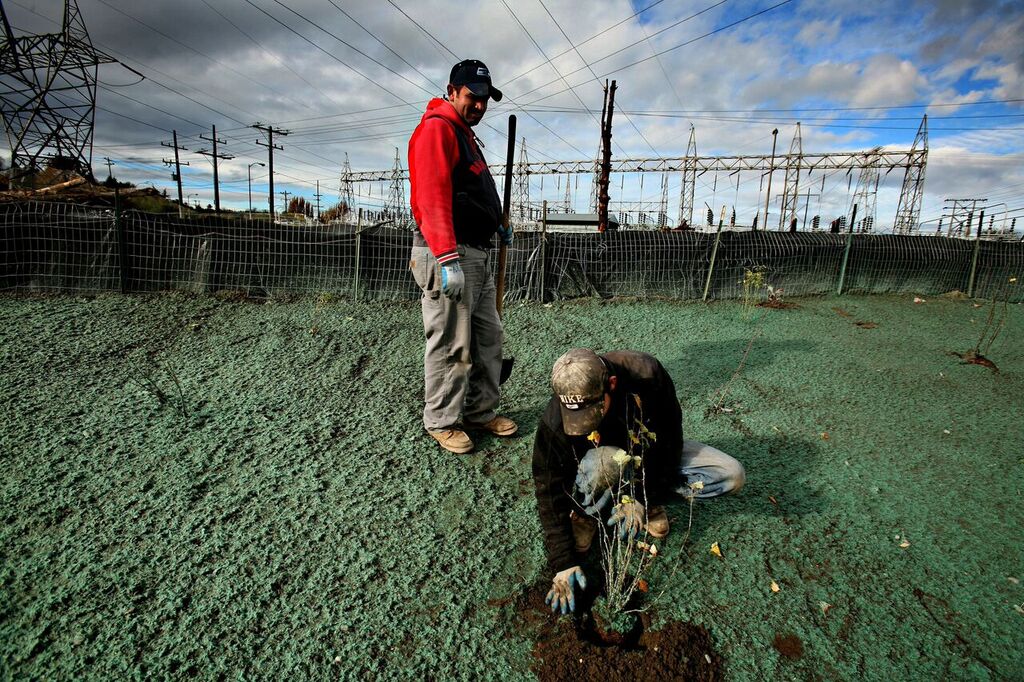 Seattle may finally get its environmental justice act together

Home » Environment » Seattle may finally get its environmental justice act together

When Seattle was named the most sustainable city in the country in 2014, Mayor Ed Murray expressed delight, saying “This five-star rating is just the latest example of Seattle’s deep-seated environmental consciousness.”

What went unsaid was that Seattle failed badly in the ratings by the Star Communities program when it comes to environmental justice, the concept that environmental protection should apply equally to everyone no matter their ethnic background, age, gender or station in life.

The rating followed a report revealing that residents of the disproportionately minority and low-income Duwamish River Valley, between Beacon Hill and West Seattle, are subject to a high degree of environmental health threats and are likely to live sicker and die younger than residents of other Seattle neighborhoods.

But the real reason Star Communities dinged Seattle in its rating wasn’t because of what’s actually happening to poor people on the ground in Seattle. No, it was because the city had never adopted a formal environmental justice plan aimed at reducing polluted and toxic environments in its jurisdiction.

On Friday Murray heads to the Duwamish Valley to announce in honor of Earth Day that he is fixing that shortcoming. A Murray-appointed stakeholder group has spent the last year producing the plan to be announced on the banks of the Duwamish River, a Superfund site.

“We talked to more than 800 people, most of them people of color, immigrants, along with refugees, in coming up with this plan,” said Sudha Nandagopal, Equity and Environment Initiative program manager at the Seattle Office of Sustainability and Environment.

It was a year ago, on Earth Day 2015, that Murray announced Nandagopal’s hiring and the appointment of a 16-member Community Partners Steering Committee composed of local environmental and community leaders, including representatives of Solid Ground, Got Green, and the Duwamish River Cleanup Coalition.

Only one other city in the country — Northampton, Mass., population 30,000 — has matched Seattle’s five-star ranking under the STAR Communities rating system. Since 2012, the Washington, D.C.-based nonprofit has given sustainability grades to 51 cities, towns and municipalities. The process takes nearly a year, evaluating such areas as economy and jobs, transportation options, green energy supply, and health and safety.

STAR Communities’ executive director Hilari Varnadore said in an interview that at the time Seattle was rated, “There was a lot of focus on Seattle’s inability to rectify the problems with the Duwamish River [Superfund] site.”

Seattle received a score of just 5.3 out of a possible 15 points in the area of environmental justice. It was the lowest mark earned by the Emerald City in 48 measures of sustainability.

While the plan to be announced on Friday will not end environmental inequities in Seattle, it’s more than most cities are doing. Of the 51 community sustainability evaluations conducted by STAR over the past four years, 46 chose not to submit any environmental justice plan, while the other five that did so were rejected as unacceptable. Louisville, Kentucky, for example, didn’t meet STAR muster because the plan the city adopted was defunded in 2013, said Kristi Wamstad-Evans, STAR’s technical director.

Sam Wicks of the Natural Resources Defense Council said it is not known how many cities and towns have environmental justice plans on the books.

“EJ issues are usually handled by community groups in many cities and are not typically run by the city governments.”

“EJ issues are usually handled by community groups in many cities and are not typically run by the city governments,” Wicks said in an interview.

In an email earlier this week, Wamstad-Evans explained why Seattle fared poorly. “Seattle was denied,” she wrote, “as the plan had not been adopted at the time of submittal. However, there was also a comment that the plan should be more comprehensive, including all sites in the community while delving deeper into specific site areas (like the Duwamish Waterway Superfund Site).”

In the late fall of 2014, recounted Varnadore, Mayor Murray and staff met with STAR representatives to sift through the full evaluation report and determine a course of action to improve the city’s environmental justice record.

The meeting was the driving force behind Murray’s Earth Day 2015 announcement of the Equity and Environment Initiative (EEI). Its purpose: to make sure people of color, immigrants and refugees, too, might also benefit from environmental progress, and that communities, such as South Park, who are most impacted by environmental injustice are given the opportunity to set environmental priorities.

What will the mayor will announce Friday at a 10 a.m. news event at Duwamish Waterway Park in South Park? Hard to say. Members of the Murray-appointed steering committee are keeping mum.

“The Steering Committee decided a while back that we are not going to publicly talk about our work or the Action Agenda until it’s released OR until we are asked by Sudha Nandagopal who’s managing the process [for the OSE],” Alberto Rodriguez of the Duwamish River Cleanup Coalition said in an email, responding to a request for comment.

Murray and company are also being tight-lipped on what to expect Friday, perhaps mindful of the firestorm that ensued following the dismal rollout of the mayor’s housing task force (HALA) recommendations last July, when a draft of the work was leaked, revealing that the city was considering doing away with single-family zoning.

Jason Kelly, the mayor’s interim communications director, would not say whether the mayor’s office or Nandagopal, the EEI’s program manager, had instructed the Steering Committee to steer clear of news media inquiries.

“We just want to make sure everyone gets the good news at the same time,” Kelly said.

“We are not going to give out any details of the initiative worked out by the Steering Committee,” Nangapopal said earlier this week.

It is a widely held view that the environmental justice movement began in Washington, D.C., in late October of 1991. For three days, delegates to the First National People of Color Environmental Leadership Summit adopted the 17 Principles of Environmental Justice. The first principle states: “Environmental Justice affirms the sacredness of Mother Earth, ecological unity and the interdependence of all species, and the right to be free of ecological destruction.”

Asked what seminal environmental event or catastrophe may have led to the EJ summit, Matthew Tejada, EPA’s director of the Office of Environmental Justice replied in an email, “There were a number of moments that precipitated and catalyzed the environmental justice movement. The national protests against the siting of a PCB landfill in Warren County [North Carolina, in 1982], the discovery of the ‘toxic doughnut’ in Altgeld Gardens in Chicago, Illinois, and the [1987] publication of the United Church of Christ’s ‘Toxic Waste and Race’ are commonly cited as critical moments in the environmental justice movement.”

Perhaps that next moment will belong to Seattle.