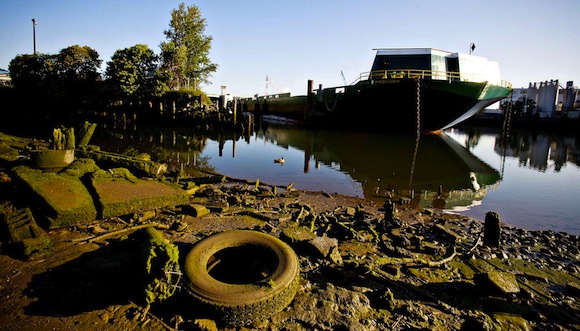 The residents of south Seattle’s 98108 ZIP code, some living cheek-by-jowl with the Duwamish River Superfund site, face a high degree of environmental health threats and are likely to live sicker and die younger than residents of other Seattle neighborhoods, says a new report by two nonprofit groups.

Researchers studied 10 representative Seattle ZIP codes and analyzed data to assign each a “cumulative health impact score” that considers pollution threats as well as socioeconomic and other factors. 98108 had the worst score of the ZIP codes studied, says the report by the Duwamish River Cleanup Coalition/Technical Advisory Group and Just Health Action. 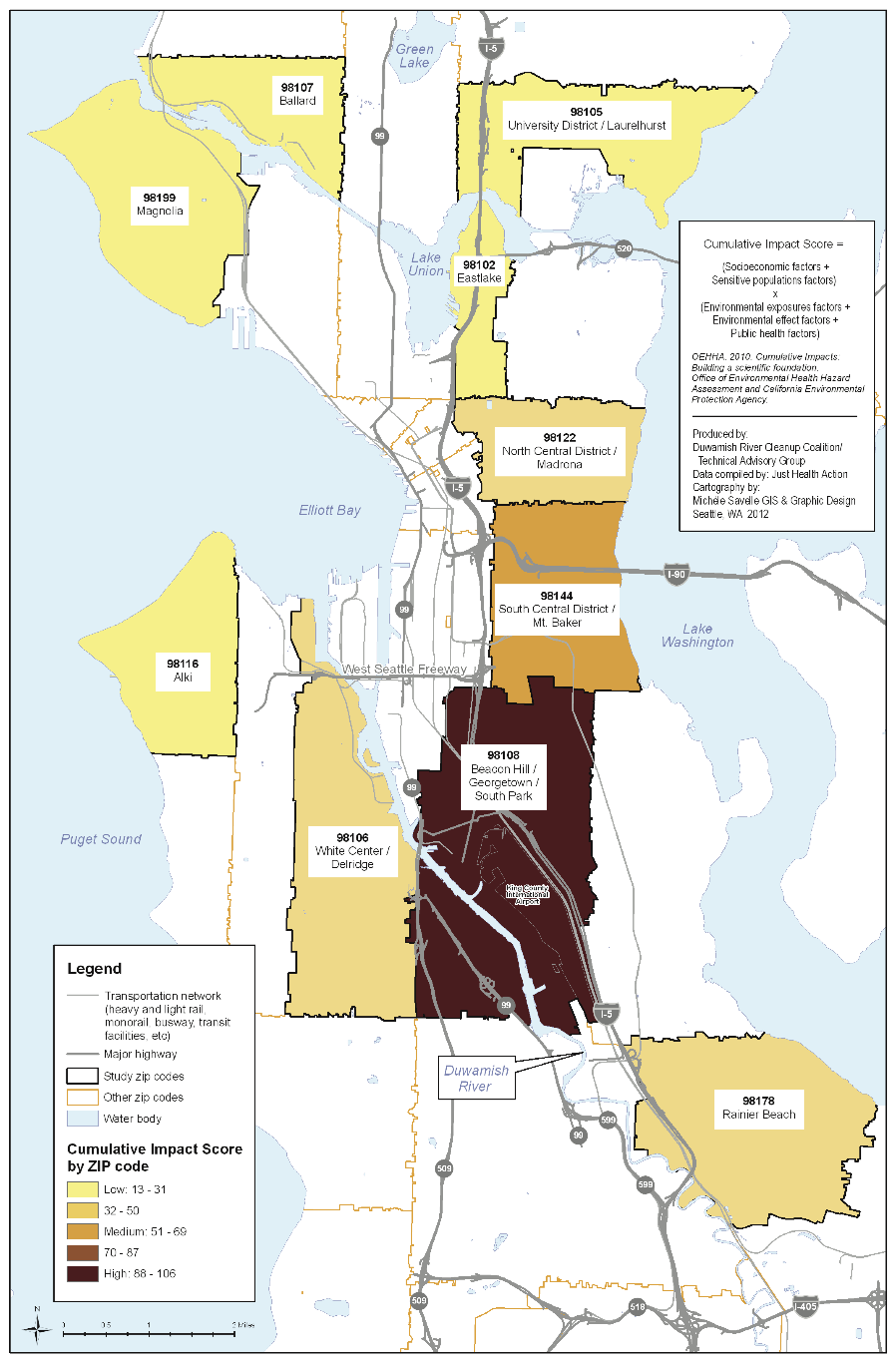 In this map from the report showing cumulative impact score by ZIP Code,
a darker color indicates a higher score.

The report admits that by focusing at the ZIP code level, the analysis may obscure even more worrisome threats affecting specific neighborhoods within the area, especially South Park and Georgetown.

“Duwamish Valley residents are more likely to live in poverty, be foreign born, have no health insurance or leisure time, and are more likely to be sick. Georgetown and South Park residents have up to a 13-year shorter life expectancy (at birth) than wealthier parts of Seattle,” the report says.

Researchers gathered data on number of indicators including the incidence of obesity, diabetes, high blood pressure, lung cancer and children with asthma; air pollution readings; the presence of sensitive populations of children and older people; hospitalization rates; availability of parks; and poverty rates.

InvestigateWest has reported extensively on the Duwamish Valley and the Superfund site, including stories on air pollution and asthma, how living in the area shortens residents’ lives, people continuing to eat contaminated fish from the river and how the area is a “food desert” despite Seattle’s reputation as a foodie haven.

The report released today is expected to be shape the recommendations of the Technical Advisory Group, which has been officially designated by the U.S. Environmental Protection Agency to review Superfund cleanup plans to ensure they meet community standards. The cleanup coalition has advocated a thorough cleanup of polluted muck along the Duwamish river bottom, but the EPA’s tentative plan would not go as far as the group has urged.

EPA’s plan would allow covering over of too many areas of highly contaminated river bottom instead of digging out the contaminated muck and removing it entirely, said BJ Cummings, policy advisor for the cleanup coalition.

“We’d like to see all of those removed so we don’t have to worry about re-exposure in the future,” Cummings said.

The research work was support by funding from  EPA. The EPA is holding public meetings in English with Spanish translation available on April 30 and May 29, and in Spanish on May 15. The agency is accepting public comment through June 13.

The report comes with an executive summary and fact sheet.