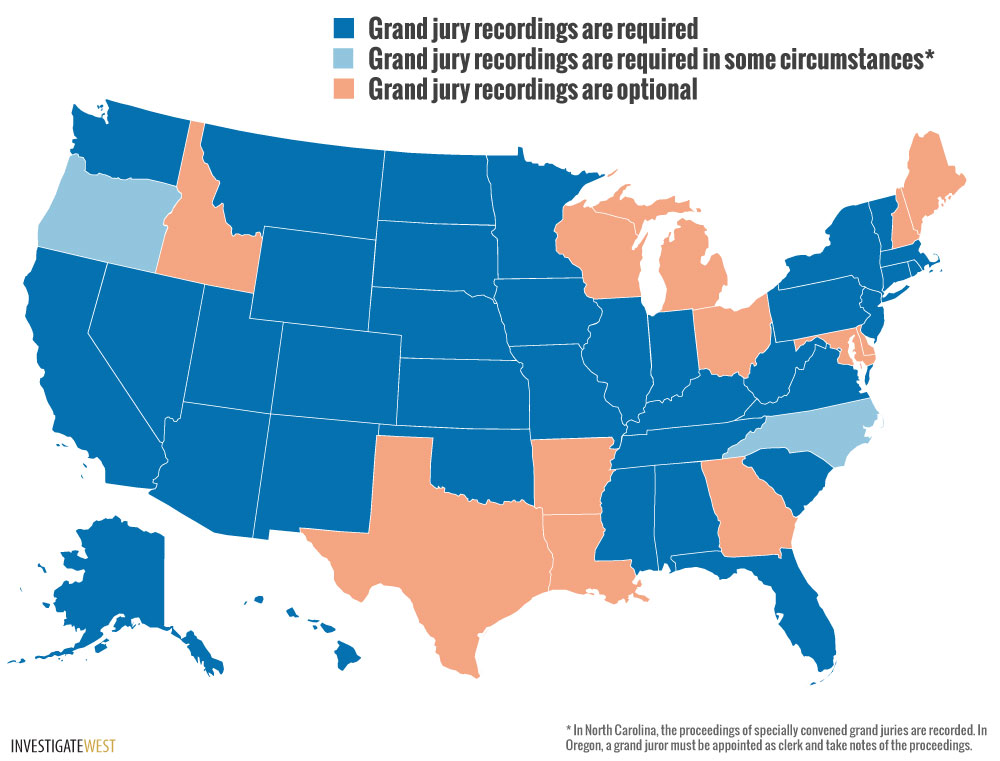 With grand jury reform elsewhere focused on eliminating racial bias and curbing police use of force, Oregon remains an outlier. It is one of just 14 states that do not regularly record the citizen grand juries that charge people with felonies.

InvestigateWest set out to understand this secretive process as a renewed push for reform has found support in the Oregon Legislature.