Youths entrusted to Washington’s foster-care system have endured “abusive” practices in a jail-like Iowa group home that inappropriately used painful physical restraints on children, according to a new report by a government-designated watchdog group.

The report, released today by the nonprofit Disability Rights Washington, documents numerous instances in which youths between the ages of 14 and 16 were held down by three or more workers. One child’s glasses were broken when staffers pushed the youth to the floor, and another was restrained for 45 minutes.

Foster kids kept by state in hotels at record rate

Abused and neglected kids in Washington State’s overwhelmed foster care system were housed at hotels and state offices at a higher rate than ever over the last year, new figures show — a practice that costs taxpayers millions. The state reports spending more than $2,100 nightly for each hotel stay, on average.

Kinship caregivers such as grandparents, aunts, uncles and close family care for an estimated 43,000 children in Washington State. Without kinship care, these children would enter the already stretched thin Washington state foster care system. But although these kinship caregivers tend to be older, poorer and in worse health than foster parent counterparts, they receive comparatively little financial support from the state.

Washington this year became the first state to provide financial assistance for foster youth to enter into apprenticeship programs that experts say provide hope and a paycheck for traumatized young people who otherwise are more likely to drop out of school or be jailed. Meanwhile, a June 2017 executive order by President Donald Trump may also help foster youth land apprenticeships.

Washington weighs an end to locking kids up for truancy

Washington State legislature is considering a bill that would phase out detention of youth for non-criminal offenses including truancy. Opponents of the bill say Judges need detention as a last resort to get kids to comply with court orders, while others say these punishments are detrimental to the welfare and growth of the children.

Washington foster parents are organizing to demand more respect from the state, saying they should get at least some consideration when legal decisions are made about what happens to the kids in their care. They lost on that measure this year, although several other pieces of legislation designed to help foster kids remain alive this year.

Housing abused and neglected children in Washington state is costing up to $600 a night in some cases, a clear indication that the state’s foster care system is dysfunctional, according to data obtained by InvestigateWest. The main reason is that there are far too few foster parents to handle the number of young people in the state care. With demand high, a small number of foster homes can reap huge financial benefits.

Foster kids and foster parents in Washington state have something to celebrate as state officials carry out legislative orders, backed with extra millions in funding, to overhaul the state’s beleaguered foster-care system

Republicans and Democrats in Olympia insist they want to shore up the state’s failing foster care system, but major reforms could falter as they head into a special legislative session to hammer out budget and policy proposals that remain miles apart.

A recent report by the Children’s Administration shows how many of the highest-needs foster children in its custody are falling through the cracks. This “placement crisis,” as agency leaders and lawmakers have taken to calling it, has largely been the result of insufficient and unpredictable state budgets. A bill that would have improved funding for the state’s foster care system has died in the Senate.

Documenting the latest turmoil in Washington's child-welfare system, we reveal that foster kids are kept by state in hotels at a record rate. 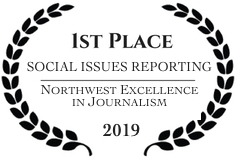