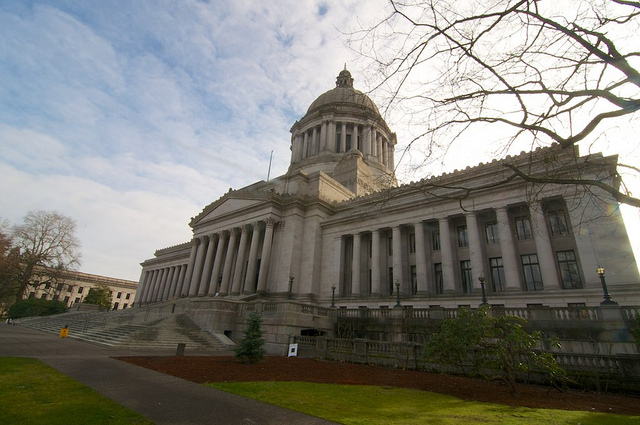 Aged out and alone at 18

Home » Government » Aged out and alone at 18

Growing up in a trailer with her uncle and grandfather, Sharayah Lane always knew what her 18th birthday would mean: homelessness.

As expected, when that day came it was marked not by parties, but an immediate end to the foster-care reimbursement checks that allowed Lane’s relatives to cover the costs of sheltering her. No more checks meant no more housing.

“It was just common knowledge – when you turn 18, you’re done,” Lane said. “After the checks stopped coming, we all went our separate ways. For me, that was couch-surfing – keeping my stuff in my backpack and staying wherever I could.”

This phenomenon, known as “aging out” of foster care, is standard for nearly 600 wards of the state who turn 18 each year, and the results are no surprise: Former foster youth have off-the-charts rates of homelessness and post-traumatic stress. They end up in jail, prison or hospital emergency rooms far more frequently than other teens their age. Many depend on welfare and food stamps. Most never attend college.

Two bills now before the state legislature, including one that got a Senate committee hearing this week (SB 5405), seek to ease this rocky transition by extending monthly foster care benefits to age 21.

Much has been made of millennials as an entitled generation. In reality, Americans aged 20 to 24 face an unemployment rate of 13.2 percent, far higher than the national average. And prospects for their financial rebound are grim – even among the educated. Economists say that graduating from college into a recession can depress future earnings up to 20 percent.

Take all that and consider the outlook for foster youth, most of whom have neither parents nor college degrees.

Lane, for example, spent the four years between 18 and 22 trying, and failing, to find a foothold. She worked as a day laborer, dabbled in selling drugs, then went back to couch-surfing.

“I was trying to get by any way that I could,” she said.

At 21, Lane won admittance to community college with a GED and full-ride scholarship, but soon dropped out, overwhelmed by the pressures of living on her own as an adult when she was, by most measures, still just a kid. Transitional housing, where she stayed, off and on, with two dozen other former foster youth, represented comparative stability.

Across the political spectrum there is wide agreement that the Senate legislation and its House companion (HB 1302) make sense – philosophically, at least.

“I think pretty much everyone agrees on the moral reasons,” said Casey Trupin, a lawyer and child-welfare advocate who worked on the proposed legislation. “It’s whether they will recognize the significant financial benefit to doing this. There’s unassailable evidence that it’s good for us as a society – and good for our pocketbooks – when kids don’t wind up in shelters, in emergency rooms or in prison, because those things are all far more expensive than foster care.” 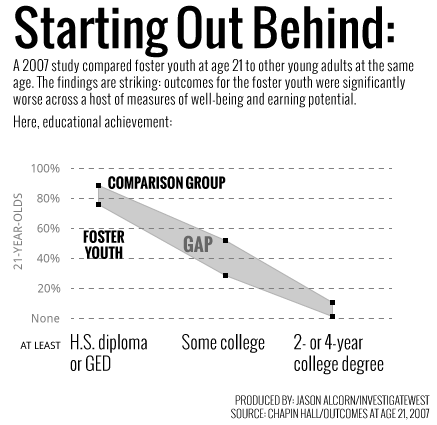 The question is: How long should taxpayers foot the bill, and at what cost?

In Washington, there is scant evidence, either way. But a test program in 2006, Foster Care to 21, tracked 50 aging-out teens here and determined that for every dollar invested, taxpayers reaped $1.35 by reducing youths’ involvement with the corrections system, reliance on food stamps and use of hospital emergency rooms.

Legislators now must weigh those findings with the predicted cost of scaling up the program to cover every young person about to age out of the system – including those with part-time jobs, debilitating medical conditions or criminal records.

The Children’s Administration, which monitors foster youth, estimates that price tag at $23.5 million over the next two years, a figure described as “eyebrow-raising” by Senate Human Services and Corrections Chair Mike Carrell (R-Lakewood).

But advocates who support extending benefits say that $23.5 million figure is wildly inflated and fails to take matching federal funds into account.

Two years ago, for example, the legislature inched toward extending coverage by allowing foster youth who were completing high school to retain their benefits. The cost for those 510 young people who opted in was $4.3 million for one year, according to the Department of Social and Health Services. Much of the difference between that amount and the proposed budget is the larger number of youth who would be served, said DSHS Spokeswoman Chris Case.

While the department does not yet have a total expenditure for that cohort, the price for letting foster youths make their way, solo, is well documented. 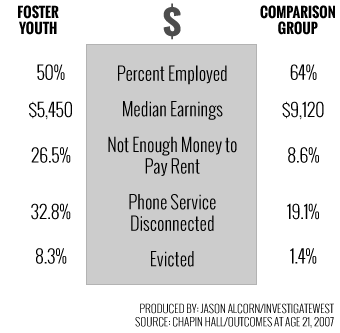 Statistics like this are hard to ignore. But state social workers, while agonizing over the fate of their 18-year-olds, worry that monitoring them for another three years could create unmanageable caseloads.

Among the average of 565 foster youth aging out annually in Washington, those with criminal records may be among the most vulnerable, and most difficult, for legislators and the public to support. Most are currently ineligible for extended benefits. Yet very few have even a high school diploma. Saddled with criminal records, and without an education or any means of financial support, the likelihood of their return to prison is high. 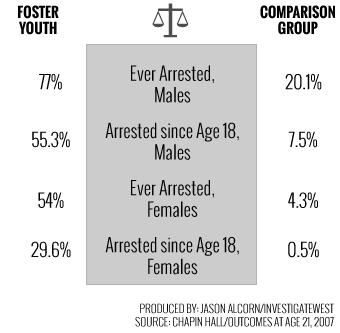 Rep. Mary Helen Roberts (D-Lynnwood), who has championed the House bill extending benefits across the board, understands this, as do her colleagues. The great unknown is the state Senate.

“I am cautiously optimistic,” she said. “But this is obviously going to cost dollars, and there is such uncertainty around what the Senate is doing.”

Lane will be watching. Now 24, she has returned to school and is pursuing a degree in communications. She says she wants to be “a voice for the voiceless.”

“I know when you’re 18 you’re an adult, but learning how to take care of yourself and prepare for college, that stuff takes time,” she said. “And I do think it’s pretty interesting that all this stuff happened to me between those ages, 18 to 21.”

Contributor A native New Yorker, Claudia has been a social issues reporter for more than two decades, focusing on race, class, education, corrections and juvenile justice. For seven years she was a regular contributor to The New York Times. In 2003, Claudia moved to Seattle, where her investigations won several First Place awards from the Society of Professional Journalists, and her coverage of youth violence earned a Casey Medal for Meritorious Journalism. In 2009, Claudia's reporting on youth gangs was honored by the Nieman Foundation for Journalism at Harvard University and subsequently appeared in Mother Jones and the Seattle Times. A member of the Humanities Washington Speakers Bureau, she frequently gives talks on objectivity, fairness and the changing nature of American journalism.