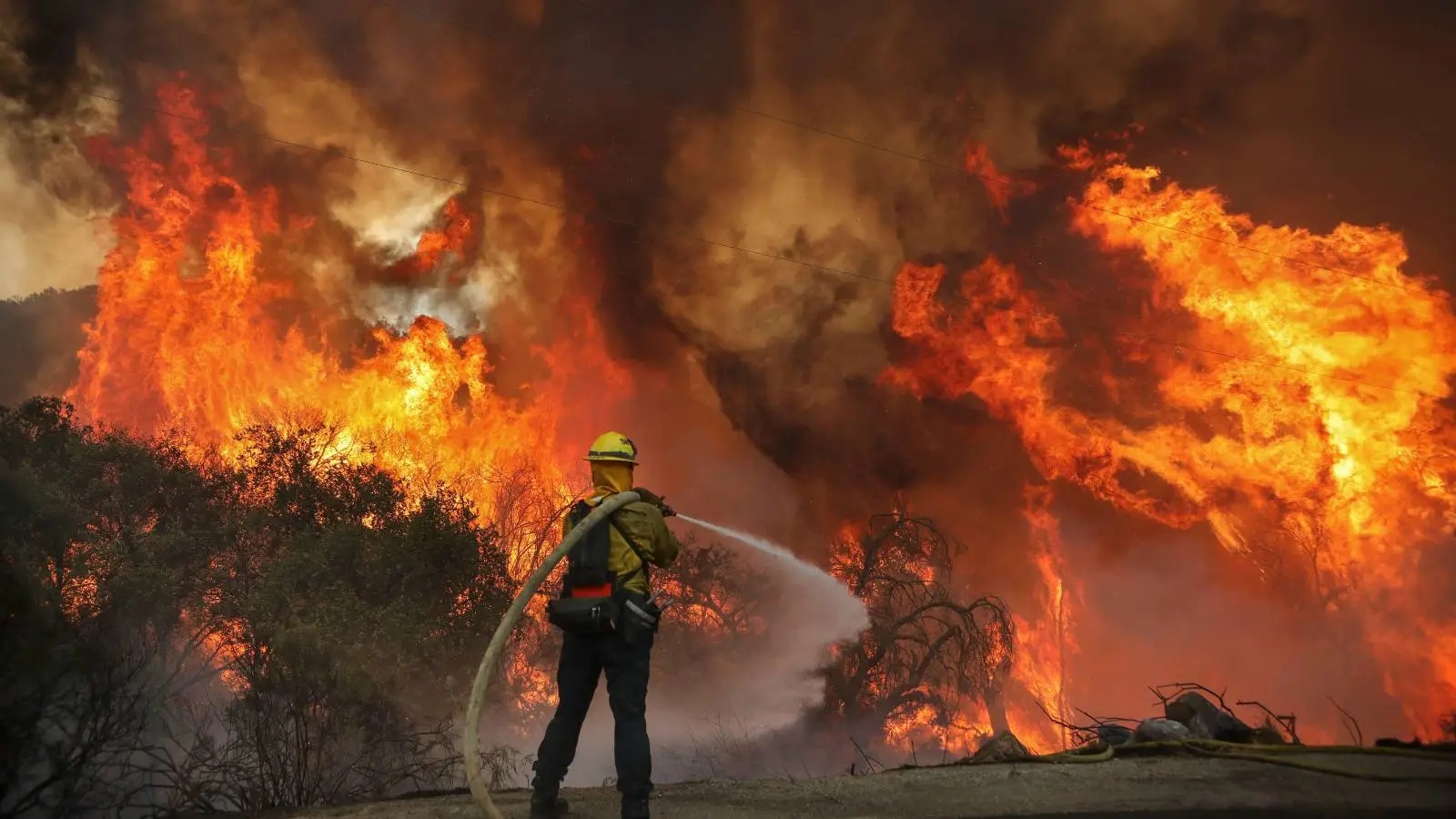 The cost of wildfires is rising. But by how much?

By Jessie BlaeserDecember 1, 2022No Comments

Home » Wildfires » The cost of wildfires is rising. But by how much?

States are struggling to budget given incomplete data

With wildfires growing more intense and frequent, the United States is burning through funds in an attempt to manage the costly blazes. In the last decade, the Department of the Interior and the Forest Service — the two federal agencies most often involved in wildfire preparedness, suppression, and recovery — have nearly doubled their combined spending, according to data collected by The Pew Charitable Trusts.

But wildfire management is not just a federal funding issue. States, localities, tribes, and in some cases, nonprofits and private property owners all share the burden, depending on the task at hand and the circumstances surrounding an actual fire. And according to a new report from Pew, there is not enough data readily available about how much fires are costing states.

“As fires have grown, so has public spending on wildfire management,” said Pew, a non-partisan research group.

States lack a uniform tracking system for wildfire management spending, including comprehensive costs incurred before, during and after fires. Without this intel, they must make less-than-informed decisions about how best to budget for fire risk. They may be unable to determine return on investment for long-term wildfire mitigation efforts or fail to allocate enough money to fire suppression.

As costs associated with wildfire management increase, many states have had to pull from their general funds — those collected from state taxes and fees and intended for general operations — in order to deal with blazes.

“That is inherently detracting from other priorities that the state could put that funding towards,” said Colin Foard, an author of the report and manager of the fiscal federalism initiative at Pew.

The entity responsible for paying for a fire largely depends on who owns the land where the fire starts; if a fire begins on federal land, the federal government is responsible for suppressing the ensuing flames. But because fires do not stop burning neatly along property lines, a single blaze can incur costs for nearly every level of government. More often than not, states are the ones to front the necessary funds.

There are hundreds of cooperative agreements between local, state and federal governments around wildfire cost sharing and federal grant money and emergency funds also play a role in determining the final balance sheet. As a result, getting to the bottom of who owes what can take months to years.

Tracking and reporting these costs is critical, Foard said, but it is also impossible to know states’ full wildfire costs at any given moment. For example, a state could be incurring costs from a fire burning in the present, while also waiting on federal reimbursements associated with a fire from the previous year. At the same time, that state could also be in the process of paying the federal government back for costs associated with a different wildfire.

“You have so many different activities happening concurrently,” Foard said. Without insight into the total wildfire management costs (and changes in those costs), states are flying blind when making budget decisions for the following year.

Part of the problem, the Pew authors argue, is that states are using a reactive approach to budgeting and are not taking into account the increasing risk of wildfires. If officials were able to to understand changes in spending over time, they might be better able to plan for increases still to come.

“The demand for this type of information is growing,” Foard said, particularly among policymakers facing increasing wildfire costs. “[They are] seeing the communities that they represent being affected by fires and wanting to think about solutions to start to address those rising risks.”