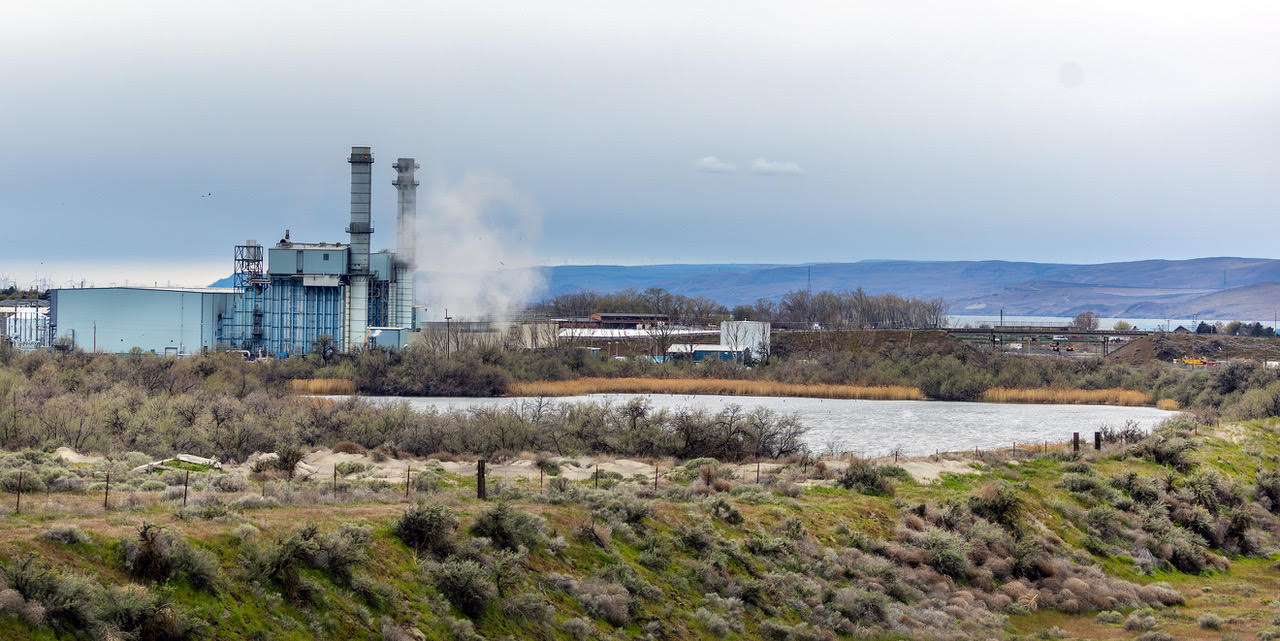 By Alex BaumhardtJune 22, 2022No Comments

Following a record fine in January for illegally dumping wastewater, the Port of Morrow continued to pump nitrogen-rich water onto northeast Oregon farms, according to a revised penalty from the Oregon Department of Environmental Quality.

On Friday, the department announced it is raising the port’s fine, to more than $2.1 million, for violations that took place during the winter of 2020, and the winter of 2021 into February 2022. The new enforcement action increases the pending penalty by about $800,000.

DEQ estimates the additional eight months of violations added 96 tons of excess nitrogen to area farmland above an already contaminated aquifer that is the drinking supply for portions of Morrow and Umatilla counties.

The initial $1.3 million fine DEQ issued the port was for allowing 165 tons of excess nitrogen to be pumped onto northeast Oregon farms from 2017 through 2020.

The port is currently contesting this fine.

The nitrogen-rich water is free for farmers – a vital commodity to help grow their onions, potatoes, corn and more. Once applied to the farmland, nitrogen transforms into nitrate that in turn can make drinking water unsafe.

An investigation earlier this year by the Capital Chronicle found the port’s contamination had persisted far longer than three years, and with little enforcement from DEQ until this January.

Water high in nitrates consumed over long periods can lead to stomach, bladder and intestinal cancers, according to the National Cancer Institute, as well as miscarriages and “blue baby syndrome,” inhibiting oxygen from moving through an infant’s bloodstream.

According to the amended enforcement notice sent from DEQ to the port’s executive director, Lisa Mittelsdorf, the port’s violations “are likely to cause additional adverse impacts to nitrate-nitrogen levels in the Lower Umatilla Basin Groundwater Management Area.”

The conduct was cited as Class 1 violations – the most serious possible from DEQ.

In an email, Mittelsdorf wrote, “the Port of Morrow recognizes groundwater contamination is a serious problem, and has been for decades. The Port believes this is a community problem that will require a community solution. By the DEQ’s own analysis, the Port’s industrial wastewater reuse program is responsible for less than 5 percent of the area’s nitrates. We will continue to work with DEQ to collaborate on a solution that will address what happens to industrial wastewater during winter months without shutting down the industries generating that wastewater.”

The basin has become increasingly contaminated by nitrogen during the last 30 years from farm fertilizers, animal manure and wastewater from the port and area food processors. There are about 1,300 private domestic wells drawing water from that basin in Morrow County. Many who rely on those wells for their drinking water are low income and Latino.

In the notice, DEQ reiterates its interest in working with the port to find a solution to the port’s wastewater management issues, but notes that since its first enforcement in January, “The port has not submitted to DEQ for review and approval a plan to achieve compliance with the nitrogen loading limits in the permit.”

The port may divert up to 80% of its penalty to funding instead an environmental project to address the pollution. In the letter to the port, DEQ said it “encourages the port to collaborate with local partners” to find a project that “addresses high nitrate concentrations in drinking water.”

Last week, Morrow County declared an emergency over the groundwater nitrate contamination, and has launched an effort to get people’s taps tested and get state and federal funding for essential home filters. Next week, neighboring Umatilla County, where hundreds also rely on the Lower Umatilla Basin for their well water, will begin a tap-water testing campaign.

Laura Gleim, a public affairs specialist at DEQ, wrote in an email that, “While these are very serious violations, Port of Morrow is one of many sources of nitrate pollution in the basin.”

She said the port alone can’t solve the nitrate contamination in the area.

“It’s going to take work from everyone who uses water or land in this area, including farmers, ranchers, businesses and homeowners,” she wrote.

This story has been updated to include a statement from the Port of Morrow’s executive director.