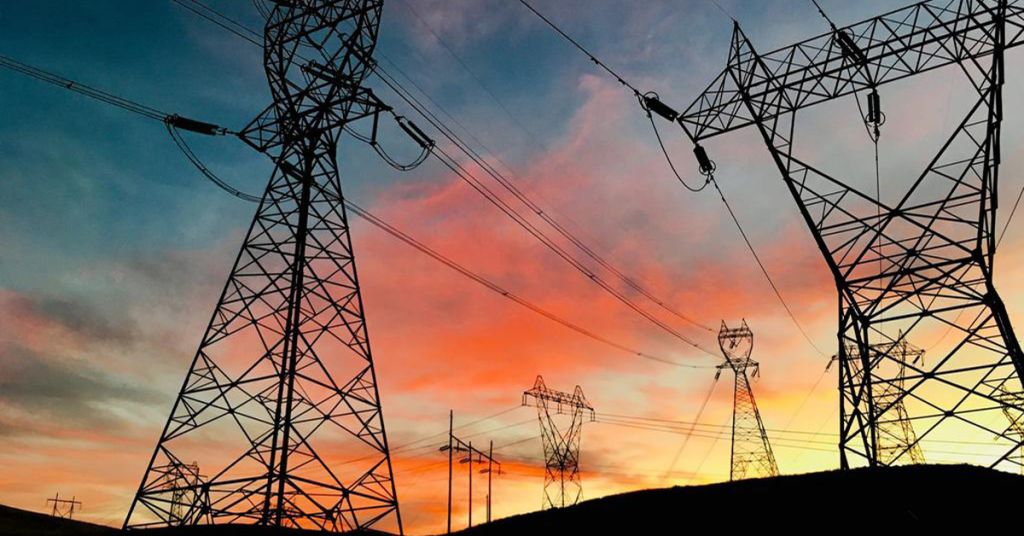 Across the West, states, utilities and local governments have adopted clean-energy policies in response to the impacts of climate change. The goal is to move the electricity supply away from generators that burn fossil fuels toward renewable energy, particularly wind and solar power.

Creating goals through a legislative process is one thing. Accomplishing them is quite another in light of the reality of the present power system.

It’s possible that one issue, a kind of elephant in the room that hasn’t yet attracted a lot of attention, will slow progress toward ambitious clean-energy goals.

The issue is high-voltage transmission—moving power from where it’s generated to where it’s consumed.

While the Columbia River Basin is blessed with an abundant supply of hydropower, solar and wind power have become so inexpensive that they’re beating the price of practically every other type of power in the wholesale electricity market.

This is making many aging and inefficient thermal plants fueled by coal or natural gas uneconomical to operate.

As a result, these facilities will be retired. As a result of these retirements, the total generating capacity of coal-fired power plants in the region will be reduced by more than 60% over the next decade. Portland General Electric Company retired its coal-fired plant at Boardman in eastern Oregon in 2020.

This isn’t just an Oregon issue. It affects the entire West.

Electricity generated in one state isn’t necessarily consumed in that state. Power is fed into the western grid, which includes all states west of the continental divide, plus Alberta, British Columbia and a portion of Baja California.

The power that lights homes in Idaho, Oregon, Washington and other states is generated throughout the West.

This is why transmission is important, and why it may be difficult to meet clean energy goals in Oregon and in other western states.

That is, the existing high-voltage transmission infrastructure may not be sufficient to move the thousands of megawatts of new renewable energy from the remote locations where it will be generated (east of the Cascades, for example) to the places where it will be consumed (Seattle and Portland, for starters). And even if it is, the current system of contracting for access to transmission sometimes leaves lines fully contracted but not fully utilized.

Imagine pouring water into a funnel—the water backs up as it pours through the narrow opening because the funnel can’t handle all the water at once. In this analogy, the water in the funnel is generated power, the water pouring out of the funnel is transmission of power.

Wind and solar generators don’t behave like thermal generators. In thermal plants, the fuel supply is constant. With solar and wind power, it’s not.

This means that in order to create a constant output, a lot of wind and a lot of solar capability will have to be built to make up for the power lost from thermal plant retirements.

Energy storage—large batteries, for example—will be needed to ensure a constant flow of power as wind speeds vary, but particularly overnight when the sun is down.

Fortunately, the Northwest is in a better position to deal with this new reality than other parts of the country. That’s because the huge Columbia River hydropower system can serve as an energy storage reservoir—within court-mandated operational limits to protect migrating fish like salmon and steelhead.

Then, the question arises: even with adequate energy storage as backup, can the existing transmission system handle all that new water in the funnel?

The answer is somewhere between probably not, maybe and yes.

Within the vast electricity system in the West, transmission is managed by the owners of the lines in geographic divisions called control areas, or “balancing authorities.”

Entities within these areas—often utilities, but in some areas, like most of the Northwest, the U.S. Department of Energy through the Bonneville Power Administration—ensure that power system demand and supply are balanced in the areas of the transmission grid they control.

This is important because if supply and demand become too far out of balance, equipment on the transmission and distribution system will disconnect, creating local or widespread electric power outages.

Demand for power fluctuates constantly and must be maintained at or very close to 60 cycles per second to ensure that all of our electronics, from ovens to cell phone chargers to industrial equipment, operate properly.

Maintaining 60 cycles per second is complicated now, but adding more and more megawatts of variable-output renewable energy to the power supply will only increase the complexity of transmission management.

And transmission experts say that as more renewables are added to sunny, windy and open but remote areas (largely east of the Cascades), new transmission lines probably will be needed, too.

But, just try to build one.

Not in my backyard … or anywhere else

Building new lines takes time and can be controversial. It’s not just an issue of high cost, but also one of “not in my backyard.”

In 2015, the Bonneville Power Administration, the largest transmission owner in the Northwest with about 15,000 line miles, proposed construction of new lines along the Interstate 5 corridor to ease the strain on its existing lines.

Several alternative routes were proposed, including one that would have skirted developed areas and passed through the Gifford Pinchot National Forest. Hundreds of people attended public meetings on the proposal, and many if not most angrily voiced their opposition.

In the end, the lines weren’t built and Bonneville focused instead on improving the capacity of its existing lines.

Another example is the long-planned but still unconstructed line that would connect eastern Oregon with southern Idaho, strengthening east/west transmission capacity.

This planned 500,000-volt line, called Boardman to Hemmingway (so named for the two high-voltage substations it would connect), would cost an estimated $1.2 billion. Two privately owned utilities, Idaho Power Company and PacifiCorp, based in Oregon, are the majority owners.

The line has been in the planning stages since at least 2012; construction is expected to begin in 2023 and be completed three years later.

Why has it taken so long? The line has been controversial with rural landowners, conservationists (impacts on sage grouse habitat) and those who are concerned about its impact on historic sites along the Oregon Trail.

With thousands of megawatts of renewable energy set to come online in the near future in response to clean-energy policies, the wholesale power market will be awash in inexpensive energy, particularly at midday when solar plants are generating at their peak.

In fact, it already is. We can expect this congestion to increase and cause prices to jump up and down as supply and demand fluctuate.

Clean-energy policies in Washington and Oregon call for significant decarbonization beginning in 2030. Investor-owned utilities are including large amounts of renewable generation in their integrated resource portfolios as they work to wean themselves from thermal generation to meet state goals.

In November 2021, energy consultant Randy Hardy of Seattle, a former Bonneville Power administrator, told the Clearing Up energy and fish/wildlife newsletter that access to transmission, particularly from new generating plants east of the Cascades to serve load centers west of the mountains, will be a growing problem for investor-owned utilities like Puget Sound Energy and Portland General Electric as they work to meet state clean-energy goals by 2030.

“It’s a pretty straightforward problem,” Hardy said. “The state Legislatures wrote clean energy laws without adequately considering the transmission constraints that currently exist. It will take 10 to 15 years to build a new transmission line, which just doesn’t sync with the 2030 clean energy dates.”

Spencer Gray, executive director of the Northwest and Intermountain Power Producers Coalition, agreed with Hardy in comments to Clearing Up.

“I’m still hopeful there will be tools on the table, but as of today, it really concerns me that we don’t have the right grid to make meeting the standards possible,” Gray said. “We simply can’t make the 2030 goals without building more transmission capacity.”

FEATURED IMAGE: Moving power is a big job. It’s about to get bigger. Photo: BPA

This story first appeared at Columbia Insight. John Harrison retired in January after 31 years as information officer at the Northwest Power and Conservation Council, a Portland-based regional energy and fish/wildlife planning agency. Before that he was a reporter and copy editor at several Pacific Northwest newspapers. The Fred W. Fields Fund of Oregon Community Foundation supported this story.