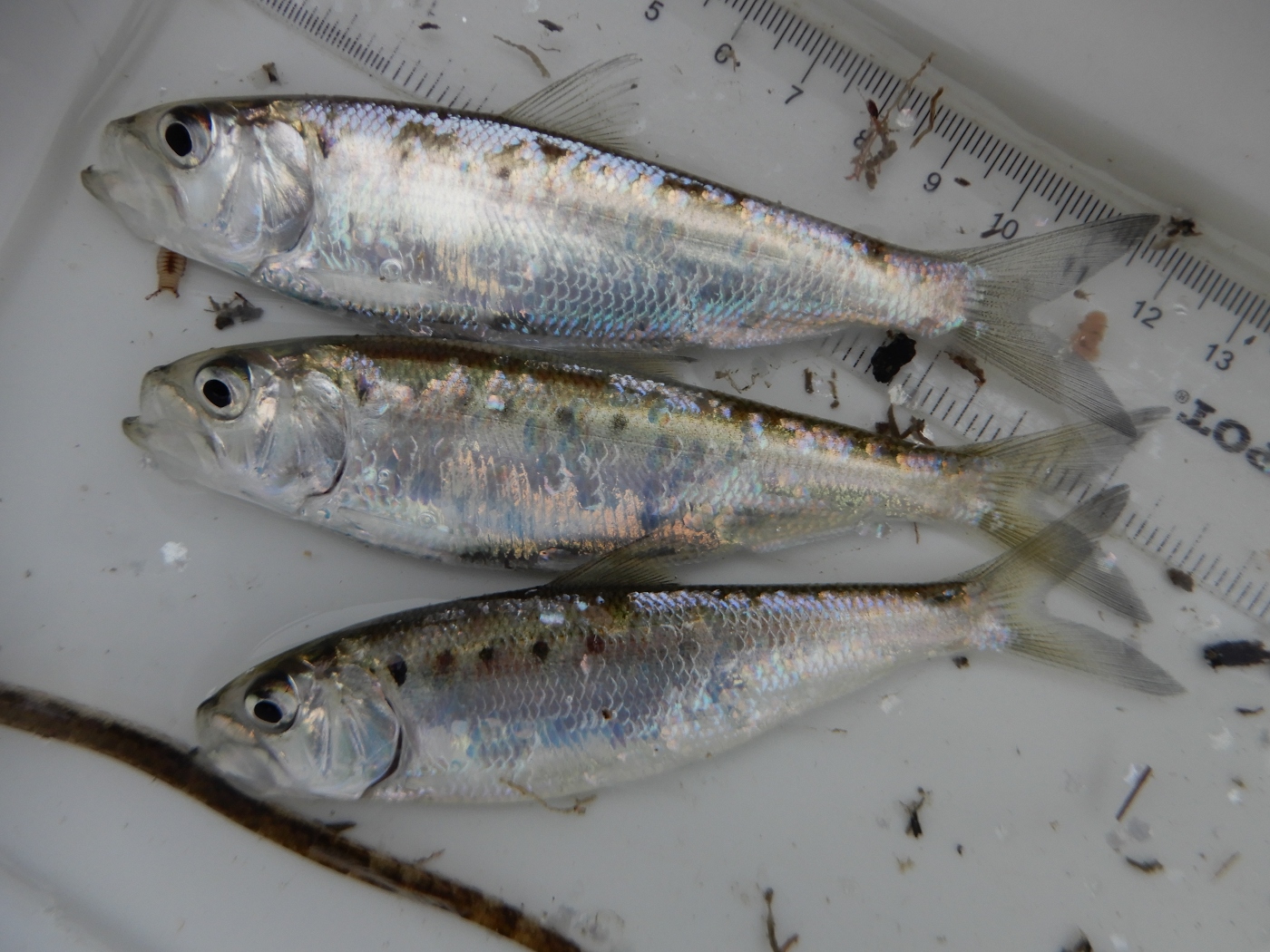 Salmon Are No Longer Kings Of The Columbia. That Has Biologists Worried

By Eli FrancovichFebruary 2, 2022No Comments

Home » Indian Country » Salmon Are No Longer Kings Of The Columbia. That Has Biologists Worried

A recent report shows an explosion of growth of a non-native species in the Columbia River. What does that mean for salmon and the cultures built on them?

In 1957, the steel gates of the Dalles Dam closed and—13 miles upstream on the Columbia River—one of North America’s largest waterfalls was inundated with water.

With that, an important Indigenous cultural gathering place was flooded and an unforeseen ecological cascade triggered.

Now, 77 years later, often the most common fish found flopping up Bonneville Dam’s fish ladders are nonnative shad, a silvery member of the herring family and the unlikely beneficiary of the flooding of Celilo Falls.

“The shad are, even though they run out to the ocean and come back, they are not great swimmers like salmon are,” says John Epifanio, lead author of a newly published report examining the proliferation of shad in the Columbia River system.

Some years shad, which were introduced to the West Coast in the 1880s, make up more than 90% of recorded upstream migrants, according to an Independent Scientific Advisory Board report to the Northwest Power and Conservation Council published in November.

What impact these fish are having on native ocean-going species like salmon and steelhead still isn’t clear.

While the report doesn’t offer any definitive answers, it does show how ecological disruptions, whether from hydroelectric development or climate change, can hurt one species while benefiting another.

The horseshoe-shaped Celilo Falls is a prime example.

The falls once dropped 40 feet. Migrating steelhead and salmon battled up and over the falls during their yearly migration.

But, for the nonnative shad the falls proved to be an unnavigable obstacle.

Now that the falls are submerged that’s no longer the case.

Prior to 1960, there were fewer than 20,000 adult shad per year at Bonneville Dam, which is downstream of Celilo Falls.

After the Dalles Dam was built that number rose to 1 million a year, and shad numbers have increased on average 5 percent each year.

That means the shad population is nearly doubling every decade, says Epifanio.

In addition to the removal of the physical barrier, the hydroelectric system has also slowed the downstream flow of water, which has raised overall water temperature. It’s possible shad, which can survive a wider range of temperatures than salmon, have capitalized on that fact, too.

“There have been a lot of changes. It just seems to have favored these guys and they’ve taken advantage,” says Epifanio.

Regardless of the cause, shad numbers have increased.

What’s more, they’re making it farther upstream and into the Snake River above Lower Granite Dam, says Jay Hesse, director of biological services for the Nez Perce Tribe’s Department of Fisheries Resources Management. The tribe was not involved in the study.

“Their abundance is increasing to really notable levels,” he says. “And their distribution at those higher levels is also expanding.”

The report doesn’t establish any direct link between the shad increase and the salmon and steelhead decrease; however, it does offer a few theories on how shad may negatively impact salmon.

For example, higher-than-normal shad numbers may be supporting a larger avian predator population and shad may be competing for food sources and nursery habitat.

Such a large-scale change in the Columbia Basin’s migratory fish population is alarming ecologically.

And for people and cultures that venerate salmon, steelhead and lamprey, it also highlights the loss of a way of life, says Anthony Capetillo, aquatic invasive species biologist for the Nez Perce tribe.

“We’re a salmon people, not a shad people,” he says.

It couldn’t be more different on the East Coast where shad are a valuable and sought-after sport and commercial fish.

Although bonier and oilier than salmon, shad are tasty. Ironically, shad populations on the East Coast are in decline.

Developing a commercial and recreational fishery in the West may be one way managers can control the proliferation of shad, says Stuart Ellis, harvest management biologist for the Columbia River Inter-Tribal Fish Commission.

While still not a popular species for anglers, shad fishing has grown in popularity in recent years.

“It’s a huge amount of protein. Perfectly good protein,” Ellis says. “There is no reason not to catch these fish—we don’t need them in the system.”

The Wild Fish Conservancy is also examining experimental trapping methods that could trap shad while not accidentally trapping salmon, steelhead or other unintended species.

Epifanio and other researchers involved in the study hope their report prompts further investigation, particularly into how, or if, shad are hurting native species.

“At the very least, we just need to continue to monitor what these populations are doing in the basin,” he says. “We hope that we don’t just monitor. We want to have some solutions.”

This story first appeared at Columbia Insight. Eli Francovich is a journalist covering conservation and recreation. Based in eastern Washington he’s writing a book about the return of wolves to the western United States.