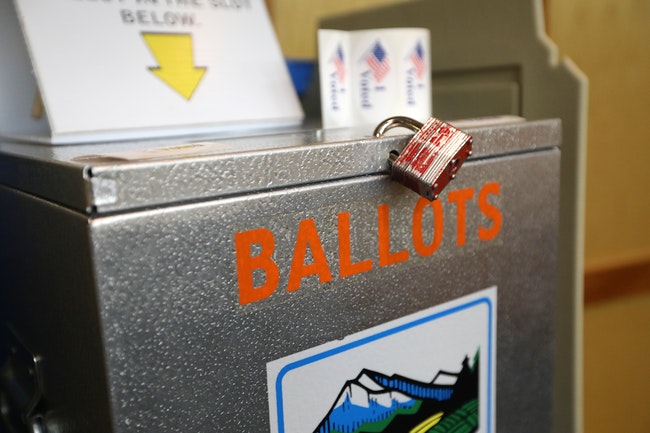 States weigh how to shield election officials from threats, harassment

Following the turmoil of the 2020 election, a photo of Washington state Election Director Lori Augino marked with crosshairs, her address, and the words “your days are numbered” was posted on a website alongside photos of numerous other state election officials described as “enemies of the people.”

Washington Secretary of State Kim Wyman said in a press release in December 2020 that she reported the so-called doxxing to the U.S. Department of Homeland Security and the FBI. But it’s unclear whether the perpetrators were ever identified or if they faced any charges — the secretary of state’s office did not respond to questions about what resulted from the reports. Both Augino and Wyman have since left office.

When he heard about the harassment of Augino and other election officials across the country, state Sen. David Frockt, a Democrat, decided he had to do something about it “to make a statement, at minimum, that we’re not going to tolerate this in Washington,” he said.

Frockt introduced a bill that would include election workers as a protected category under the state’s harassment statute, meaning that harassing or threatening an election official would be a felony, punishable with a potential five-year prison sentence and a $10,000 fine. Maine and Vermont are considering similar legislation.

But the attempt to protect election officials has run into unexpected opposition. Criminal justice reform advocates and advocacy groups say they don’t believe in increasing criminal penalties for any offenses at a time when the U.S. already over relies on the legal system. They say states have existing laws that can address harassment and discrimination and increased penalties are shown to have little deterrent effect.

Frockt said that while he is confused by the opposition, he’s not tied to his bill and is open to other ideas for how to send a message that threats against election officials won’t be tolerated.

“These cases will be exceedingly rare,” he said. “It should be known that you shouldn’t harass anybody, but you really shouldn’t undermine our democratic process by going after people who are counting votes and processing elections.”

From misdemeanor to felony

In Maine, legislation under consideration would reclassify the crime of threatening an election official from a misdemeanor to a felony, punishable by up to five years in jail and a $5,000 fine.

In Vermont, two different bills introduced in January would make prosecuting people suspected of making threats easier by eliminating barriers that typically exist for accusations of harassment. Another bill would increase criminal penalties if the person threatened is a public official.

On Jan. 14, the Democratic-controlled Washington state Senate approved Frockt’s bill for the second year in a row. Last year, the bill stalled in the House because lawmakers were not inclined to increase penalties, but the legislation came back to the Senate this session and Frockt said he’s hopeful they can work on amendments so it’ll pass the House.

The bills are a response to the unprecedented wave of vitriol and threats targeted at election workers since 2020, when former president Donald Trump and his allies made baseless allegations that voter fraud cost him the election and blamed election officials for allowing and, in some cases conducting, that fraud.

In an investigation published in September, Reuters said it identified hundreds of incidents of intimidation and harassment of election officials and workers across the country, but only four known arrests and zero convictions.

Since then, the number of convictions has increased at least slightly. In Michigan, the chairman of the Genesee County Republican Party was sentenced to one year’s probation this month after he pleaded guilty to making a harassing phone call to an election official and threatening to kill her dogs.

But there are still few publicized convictions compared to the number of reported threats.

The federal government has also made progress in its investigation of these threats. Last week, the Department of Justice disclosed the first arrest resulting from the task force it launched last summer to address threats of violence against election workers.

The department announced the arrest of Chad Stark, a Texas man accused of writing on Craigslist that it was “time to kill” a Georgia election official.

In a call with reporters in January, Assistant Attorney General Kenneth A. Polite Jr. said the task force has reviewed more than 850 similar threats against election workers and is investigating dozens of cases.

“These unsung heroes came under unprecedented verbal attack for doing nothing more than their jobs,” Polite said. “We will not tolerate the intimidation of those who safeguard our election.”

Opponents of legislation to elevate criminal penalties for these crimes say that states already have laws making it illegal to threaten or harass others, and the fact that the target is an election official would no doubt be considered in potential legal action.

Tina Nadeau, executive director of the Maine Association of Criminal Defense Attorneys, which submitted testimony opposing the bill there, said that increasing penalties would not protect election officials because people are not typically deterred from criminal behavior because of criminal penalties.

She said that the solution to this real problem isn’t adding more criminal statutes.

“It’s not that we don’t have sympathy or empathy for these election officials across the country who have really become targets for vitriol that’s been stirred up based on lies,” she said.

“But at the same time, we can’t twist and contort the criminal code when it already has ways of addressing that behavior and when doing so just opens the doors to making every type of person in every type of situation subject to a particular crime.”

Lisa Nowlin, a staff attorney with the ACLU of Washington state, said the organization also opposes the legislation there because the state’s existing harassment statute already has enhancements for harassment in certain circumstances, and there’s no need to increase the penalty because of the type of person being harassed.

“We understand the need for protecting election officials, and this is a very relevant topic right now, but we should be cautious not to use this moment to justify harsher criminal legal penalties beyond what already exist,” she said in an email.

Opponents also say they are concerned about the First Amendment implications of expanding anti-harassment statutes.

Nicole Porter, senior director of advocacy for the Sentencing Project, a national nonprofit focused on reducing the number of people in detention, said the desire for these bills shows how much work there is for advocates like her if even Democratic lawmakers do not understand that the need for criminal justice reform extends to elections and voting.

“The attachment of criminal penalties as a response to these problematic interactions is a part of a pattern that’s gotten us to complex criminal codes and has contributed to incarceration growth of the last 40 to 50 years,” she said. “It’s a curious time for Democratic lawmakers to be trying to enhance penalties.”

In a report on threats against election officials, the left-leaning Brennan Center for Justice issued recommendations to deal with the increase in harassment, including that states should pass new laws and appropriate funds to provide greater personal security for election officials and workers.

The center did not come out in favor of increased penalties or new criminal statutes, but did recommend prioritizing processes to quickly investigate and, when necessary, prosecute the people making threats.

Frockt said though his bill targets the criminal statute, he’s open to working with lawmakers to push other solutions.