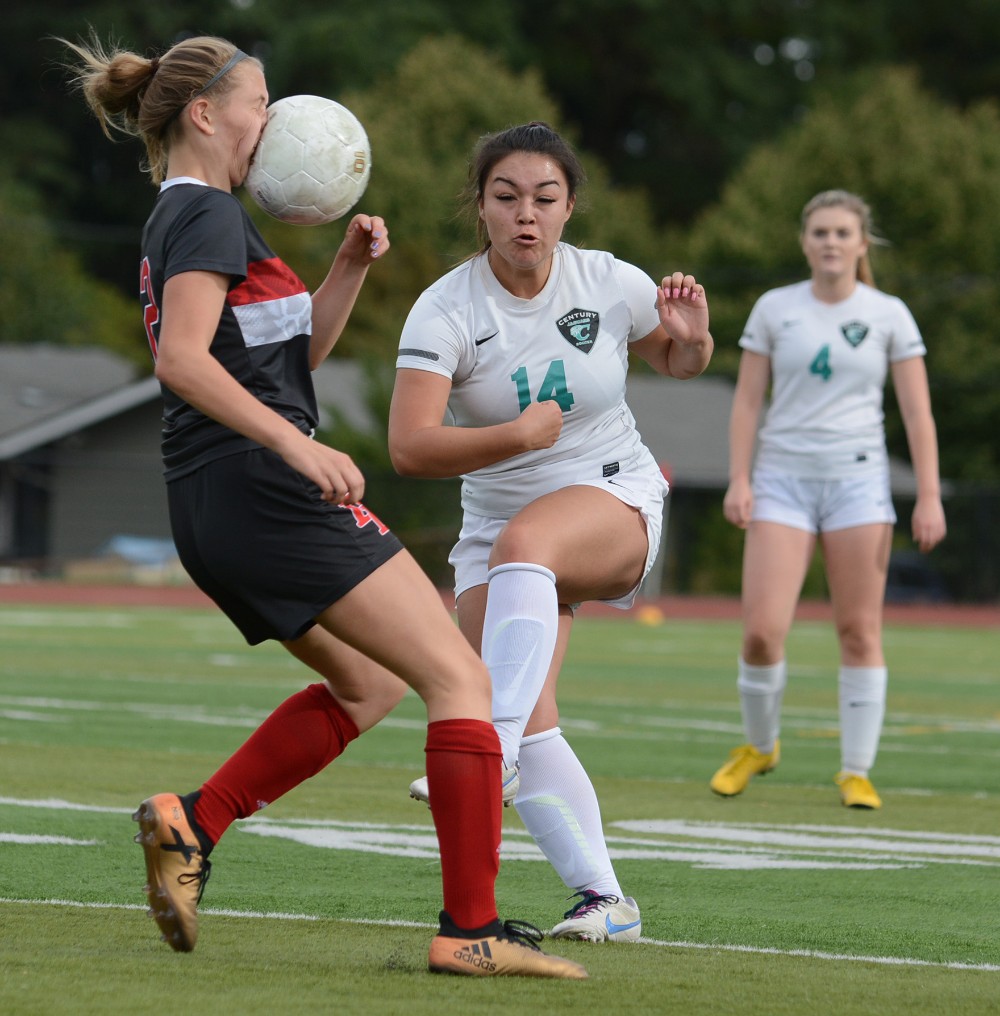 The increased concern about brain trauma in youth sports puts soccer at a confounding crossroads. As athletes, parents and coaches look to limit (or remove) head contact from their games, soccer enthusiasts are debating headers — a staple in the sport that requires players going into the air to win the ball at its highest point.

It’s often a dramatic part of play. But is it necessary?

Coaches tend to agree on the dangers involved in headers. It’s not so much the ball hitting the head. With proper development and training, that can become a relatively safe skill. 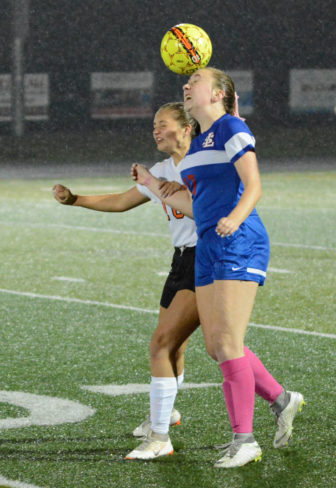 Katherine Collins of Milwaukie’s La Salle Prep goes up to play a header alongside Payton Fisher of Scappoose High School during a Northwest Oregon Conference match this season.

It’s the contested plays, when two or more players are going after the same ball, that result in some of the game’s most violent collisions — often involving a crash of craniums.

“It’s less about the header than it is contact with another player challenging the ball,” said Kelsey Birkhofer, girls soccer coach at Centennial High School in Gresham. “That’s where it gets dangerous.”

“Most of the time, when we are calling trainers out to look at players, it’s because there has been a big collision or a clash of heads,” Berry said.

Coaches teach their players to protect themselves when going after a header, folding their arms up with their fists near their ears to create personal space in the air.

“That way you are absorbing contact with your arms if another player comes in,” said Gresham High girls soccer coach Brandon Tatum. “What you want to take away are those aerial collisions.”

USA Soccer officially addressed headers three years ago, banning the practice for children ages 10 and under. Whenever a header is played at that level, the referee stops play and awards a free kick to the opposing team. USA Soccer also mandated that for players ages 11 to 13, no more than 30 minutes per week in training may be devoted to headers.

“I’ve always thought that headers ought to be limited when players are younger, but it’s part of the game as they get older,” Berry said. “I’ve never encouraged it with my youth teams because the brain is too valuable.”

Most soccer coaches interviewed for this article expressed reluctance to remove headers from the sport entirely. But some, including John Johnson, are wary of their unseen impact.

We want to be looking out for the girls’ safety and well-being. If that means less heading then so be it. They are people first.
-Coach John Johnson, Open Door Christian Academy

Johnson actively encourages his players to adjust their position on the field to let an aerial ball come to their feet or to play it with their body. It’s a strategy that he says benefits players’ health and the quality of the game.

“Most of the time when you head a ball it doesn’t end up going to a teammate anyway,” he said. “You have better control passing with your feet than with your head. Plus, you avoid that added risk.”

The only ball that Johnson feels safe allowing his team members to play with a head is one that has already bounced off the ground, and the player is simply nudging it ahead to himself to start a run.

“This is a new safety issue that we need to worry about,” he said.

Coaches aren’t the only ones paying attention to the reports about the dangers of brain trauma.

“My girls are an extremely smart group,” said girls coach Jay Jacobsen of Sam Barlow High School in Gresham. “They see the ESPN reports and they are aware of the studies out there.”

“I saw it watching a college game on TV the other day,” he said. “You see girls bringing the ball down to the chest or their legs, finding alternatives to playing a header.”

Do fewer headers take something away from the game?  For Johnson, that’s the wrong question.

“We want to be looking out for the girls’ safety and well-being,” he said. “If that means less heading then so be it. They are people first.”

David Ball is sports editor of The Outlook, a Pamplin Media Group publication in Gresham, Oregon.