Not the most emerald city of them all?

Home » Environment » Not the most emerald city of them all?

Despite its reputation as the Emerald City, Seattle doesn’t always stack up well when it comes to tree canopy and tree protections.

MIT six months ago launched a new interactive study of urban canopy in cities around the world. The MIT study method — not comparable with Seattle’s own calculations —ranks Seattle’s tree canopy at 20 percent. It further breaks down the canopy cover by neighborhood through an interactive graphic illustrating which neighborhoods have above- and below-average tree canopy cover across the city.

The MIT study continues to add new cities, but of those already measured, Seattle is near the middle of the pack. Cities with better canopy cover include Vancouver, B.C., Sacramento, Johannesburg and Sydney. 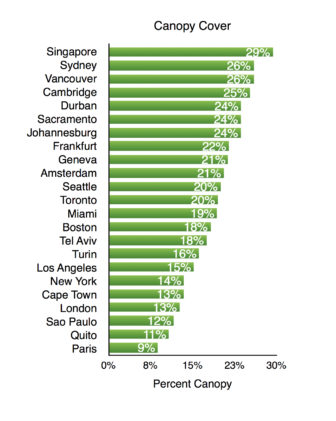