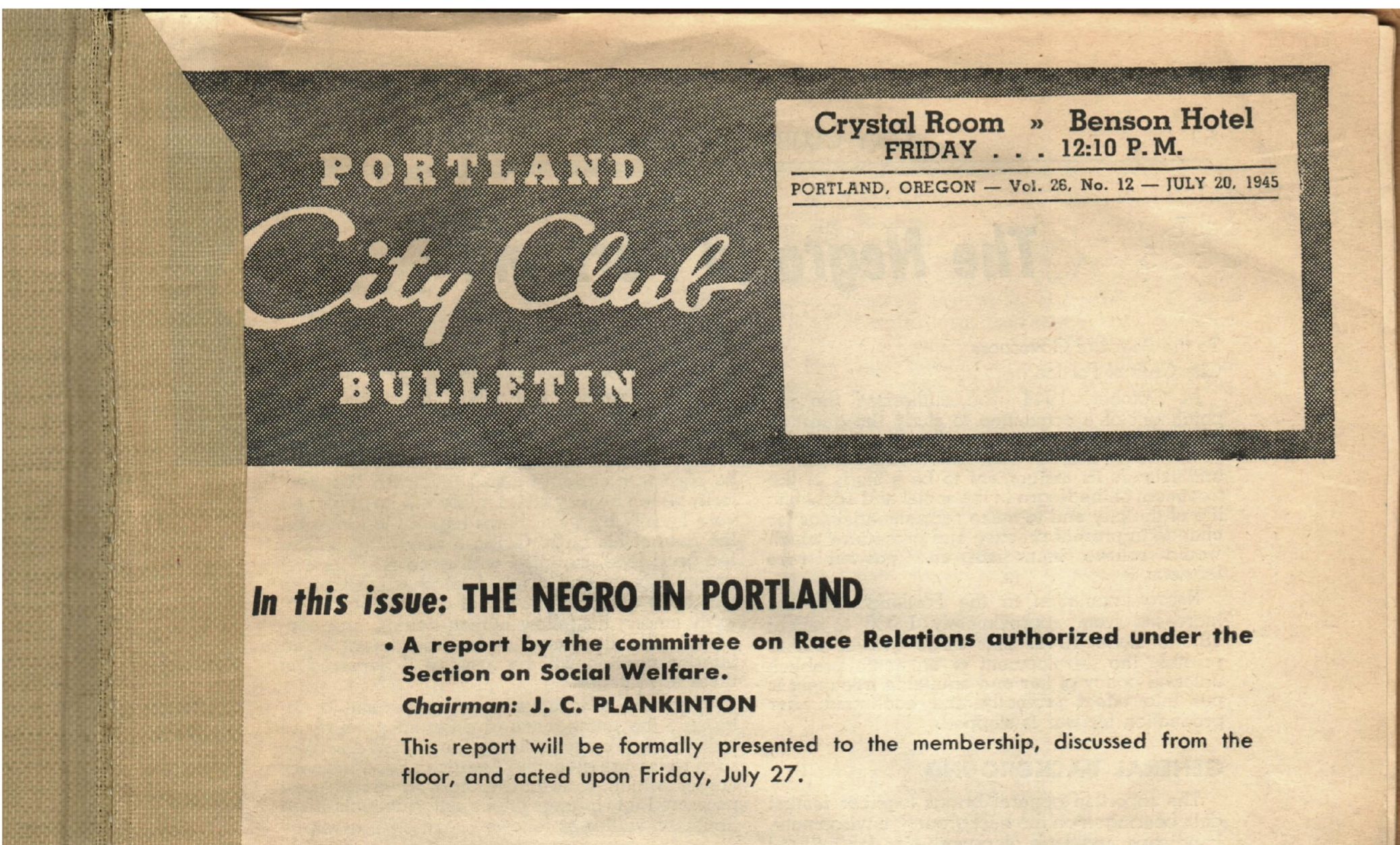 A history of conflict

On July 27, 1945 members of the City Club of Portland gathered in the Crystal Room of the Benson Hotel for a luncheon program to discuss “The Negro in Portland” and, specifically, to hear a report by its committee on Race Relations.

The committee reported among its findings that many local diners “frequented by working men” sported placards reading “White Trade Only” and noted that “Portland is the only city on the coast where such signs are displayed.”  It found that the congregations of the major protestant churches, like the staffs at the two daily newspapers, were all white, but that other employment opportunities were available to the county’s black residents.

“While Negroes who want to work can obtain jobs, there is less tendency for them to commit acts that would bring them into conflict with the police,” the report said.

That statement was at odds with the Club’s finding that black residents, who made up less than 2 percent of Multnomah County’s population at the time, represented 13.2 percent of those sent to the state penitentiary.

The report said that Police Chief H. M. Niles insisted that “no racial discrimination [was] practiced” by his all-white police force. Rather, he said, “it was his impression that Negroes were responsible for more crimes and misdemeanors of all types than white residents of Portland” and that “this impression was shared by other members of the police force who were questioned.”  (Some of whom “admitted discriminatory feelings against Negroes.”)

The committee suggested the police department conduct “a course in racial tolerance” but found Chief Niles “showed a lack of enthusiasm” for the idea.

The committee, nonetheless, listed this as its final recommendation:

“That the city administration be urged to inaugurate courses of police training designed to inculcate in the city’s police force tolerance and understanding of problems involving racial tensions. Also, it is recommended that an effort be made to place qualified Negroes on the Portland police force.”