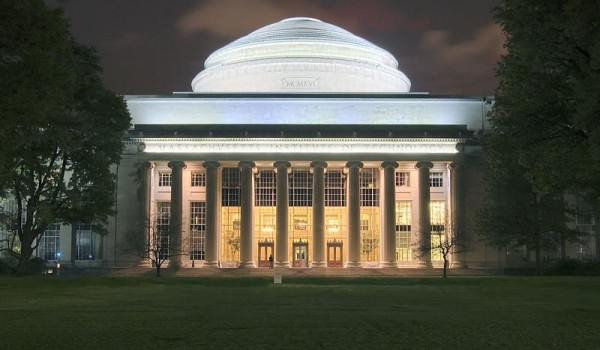 InvestigateWest Executive Director Robert McClure was recently selected for the prestigious Knight Science Journalism Fellowship —  read on to find out why he is returning to school for nine months.
Enjoy! — IW

Now we have an extraordinary opportunity to multiply that impact: I have been selected for the Knight Science Journalism Fellowship, allowing me to study at MIT, Harvard and other Boston institutions for the 2016-17 academic year.

My fellowship is all about bolstering InvestigateWest as an enduring and important way to inform Pacific Northwest citizens about crucial issues. Seven years after I and others founded this groundbreaking journalism studio, I will step back for nine months from day-to-day management to concentrate on this effort. 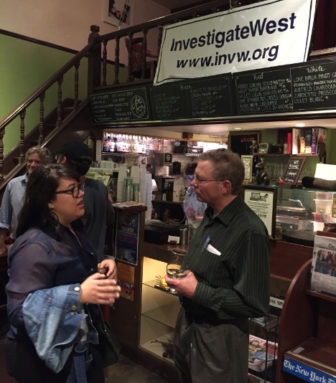 At InvestigateWest’s art show at Joe Bar, in Seattle’s Capitol Hill neighborhood, we asked you where you get your news and listened to what topics you want covered.

In my absence, IW Managing Director Lee van der Voo will take day-to-day control. I’ll be in touch weekly with Lee and our development manager, Heather Kosaska, and in regular touch with our board president, the completely awesome Jill Avey, as well as other board members. And I’ll be occasionally co-hosting a live webinar to introduce IW’s cool new online learning course (a project led by Jill — more on that in a future issue of Sidebar).

Lee has been involved with InvestigateWest since not long after our founding in 2009. Her work for InvestigateWest has appeared in many publications including The New York Times, Slate and The Guardian. Lee’s IW stories helped her in 2013 to land a prestigious Alicia Patterson Fellowship that will result this fall in her new book, “The Fish Market,” published by Palgrave/St. Martin’s. (It’s about privatizing our nation’s fisheries. Don’t miss it!) Lee is a complete pro and I am thoroughly confident to leave her in charge.

During my sabbatical, as InvestigateWest continues our trademark in-depth reporting, we have some exciting projects in the works by contract reporters and editors in addition to our dedicated staff. In seven years we have built up a roster of talented journalists who stand ready to jump in, not to mention many news organizations with whom we have partnered who are eager to collaborate. You’ll hear more about those projects in future issues of Sidebar.

While on my sabbatical, I’ll have access to the groundbreaking journalism-innovation folks at the MIT Media Lab and Harvard’s Neiman Lab, not to mention revered business professors and others as I explore new models for journalism funding and distribution. I will travel to New York to build partnerships with national news organizations and funders. And I’ll have time to report a blockbuster piece of journalism for IW and Undark. Aided by IW board members and staff and lots of allies from around the country, I’ll return ready to multiply InvestigateWest’s impact in the Pacific Northwest and nationally.

The vast majority of my time will be devoted to strategizing how this pioneering concept in public-interest journalism called InvestigateWest can make an even bigger difference. We’ve gotten laws passed and policies changed (and won a bunch of journalism awards along the way, though those are incidental). The challenge now is how to cement and expand this approach even as the media ecosystem we’ve been supplementing as a distribution network continues its tailspin.

The fellowship will give me time away from the daily grind to strategize about, as I put it on my fellowship application: “How can IW continue probing the environment, public health and government accountability and helping to shape public policy? The question is relevant to journalists as well as our fellow citizens.”