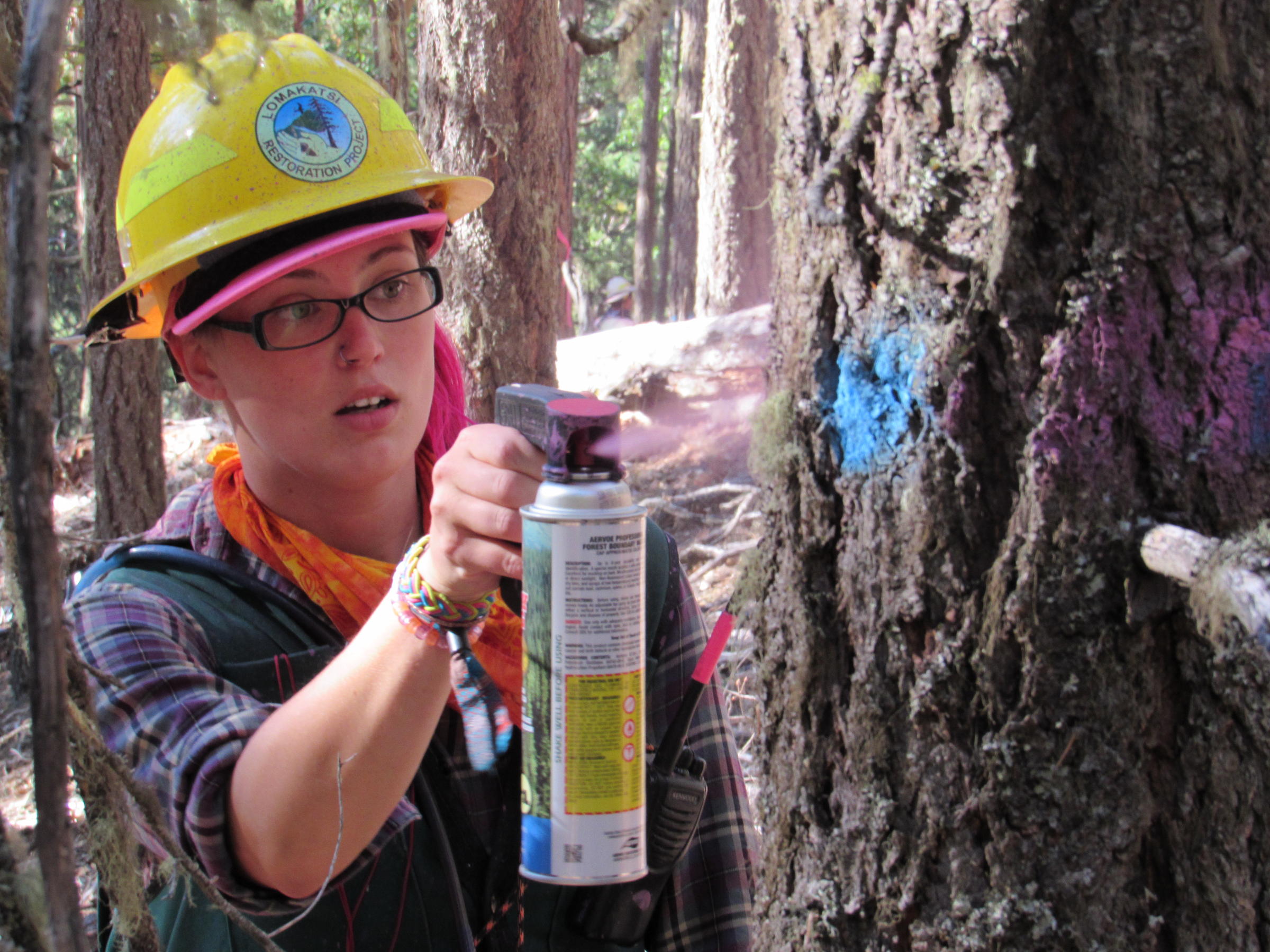 The wildfire conundrum: weeding the forest

A century of putting out wildfires has left many forests in the West much thicker than in the past. That buildup of fire fuel is widely seen as a disaster waiting to happen.

And an innovative project in Ashland, Oregon is an example of an increasingly popular approach to dealing with that fire risk.

At a trailhead in the mountains just outside Ashland, forester Andy Lerch gives his crew a last-minute safety reminder …

Andy Lerch: “Be careful with your footing, also overhead hazards are always something to be aware of … (and bees) Yeah, watch out for bees, as well. Those are … (our nemesis) (laugh).”

The six-member crew loads up with cans of spray paint and heads off single file, down the trail.

Lerch and his crew work for the non-profit Lomakatsi Restoration Project. Today’s job is to mark trees for removal. But this isn’t your standard commercial logging operation.

Andy Lerch: “We remove the smaller trees, the trees that are less vigorous, have smaller crowns are less likely to be successful. So we retain the best trees on the landscape.” 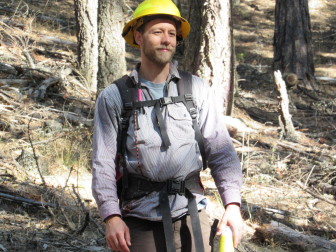 Andy Lerch: “These larger, older trees, like this one right here, this Douglas fir, they lessen the risk of catastrophic wildfire, and they’re also really important for habitat for some of the threatened and endangered species, like fisher and spotted owl.”

The crews also trim so-called “ladder fuels,” low-hanging limbs that can carry a fire from the forest floor up into the canopy. Lomakatsi Executive Director Marko Bey says this process not only reduces fire danger, but helps restore forest health.

Marko Bey: “Once we open up the understory by thinning the small trees, we’re gonna get light on the ground that’s going to help with regeneration of these large trees. We’re going to increase their cone crop potential because the stress of resources is going to be diminished. That’s our future old growth.”

Getting more sun on the forest floor also encourages biodiversity by creating conditions for flowers, grasses and other undergrowth. Then, carefully controlled, ground-hugging fires are deliberately set to clear out excess fuels. The goal? A well-balanced forest that looks more like it did a century ago, before humans began suppressing wildfires.

Chris Chambers: “All that work that fire was doing was just shut off. And now we have a forest that’s three times as dense as it was historically.”

Chambers is a forester with the City of Ashland, which is a major partner in this restoration project .

Chris Chambers: “We’ve got trees tightly packed in, you’ve got a lot of undergrowth that wouldn’t be there in a functioning fire regime. So that sets us up for a catastrophic, severe-type fire.” 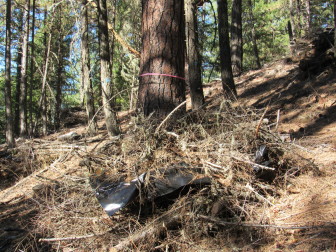 A pile of cut branches and brush awaits burning when conditions are right as part of the effort to clear the forest of excess flammable fuel.

Chambers says such a fire could harm designated habitat for spotted owls and other threatened species. It could also do severe damage to Ashland’s municipal water source, destroy homes and businesses, not to mention mar the natural beauty that contributes to Ashland’s $145 million per year tourist economy.

This effort – called the Ashland Forest Resiliency Project – mirrors a growing number of others around the West, as restoring forest health comes to be seen as key to reducing large, damaging wildfires … Darren Borgias is with the non-profit Nature Conservancy, which has done a lot of the scientific research underlying the Ashland project.

Darren Borgias: “What we identified in the Klamath Mountains as the primary threat to forests was the loss of the natural role of fire, and the propensity for uncharacteristically-severe fires to now burn through these dry forests.”

The Ashland Forest Resiliency Project has treated about half the 7,600 acres targeted. Funded initially by a $6.5 million federal stimulus grant, the City of Ashland has approved an ongoing water users charge to continue funding. This model of collaborative forest restoration is garnering interest around the West and other fire-threatened communities have sent staff to Ashland to see how it’s done.

But there’s also science that questions whether reducing forest fuels will really result in less-damaging fires. And suggests that other factors – such as climate change – could outpace the fire-prevention benefits of thinning the forests.