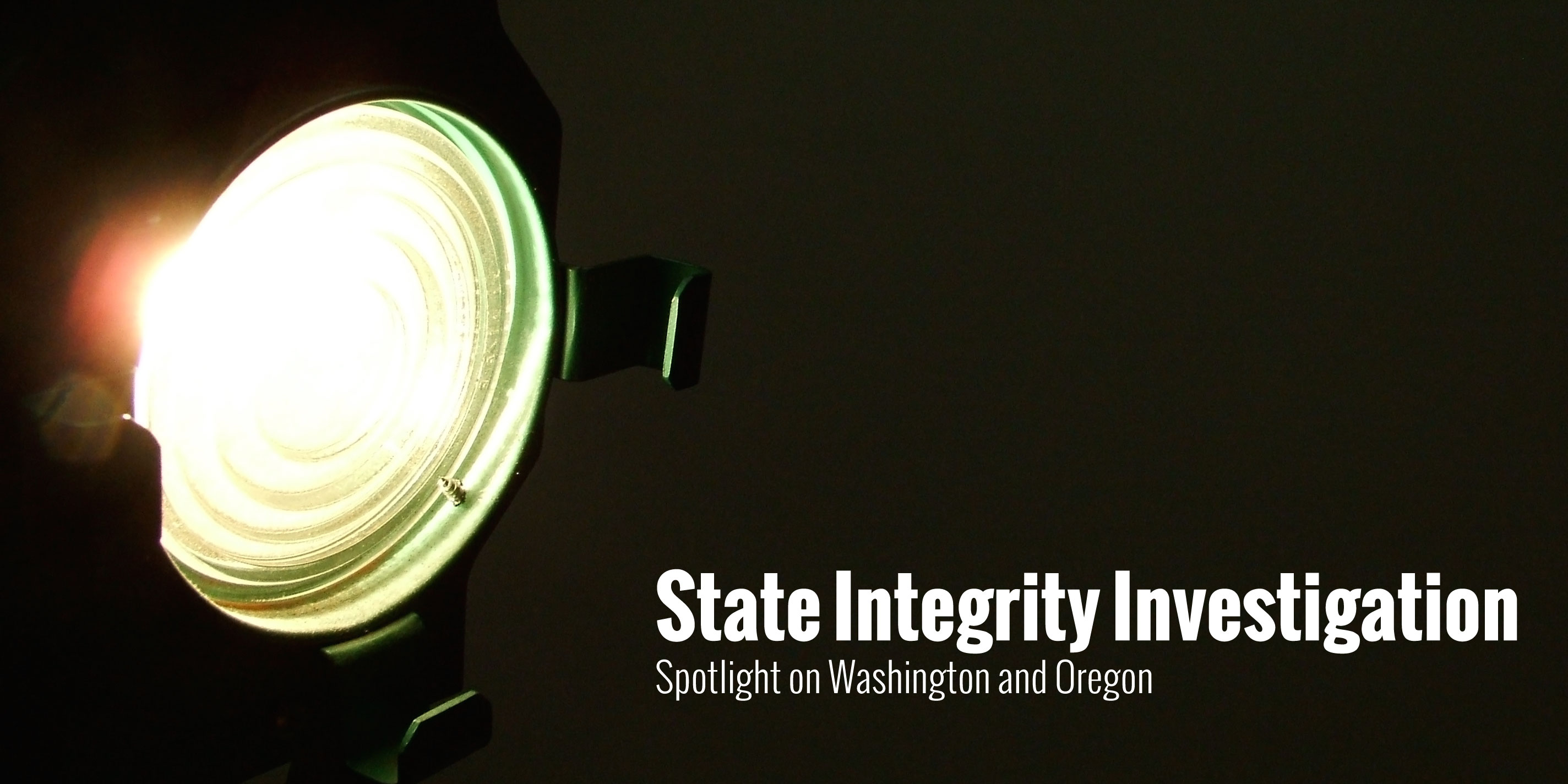 Washington and Oregon get low grades on integrity

By Jason AlcornNovember 9, 2015No Comments

Home » Government » Washington and Oregon get low grades on integrity

How do state laws and practices deter corruption, promote transparency and enforce accountability?

That’s the question asked by the newly released State Integrity Investigation from the Center for Public Integrity, which looks at how all 50 states prevent corruption and expose it when it does occur. No state in the nation earned higher than a C. Eleven states received failing grades.

Today InvestigateWest publishes the reports on Washington and Oregon.

Journalists working in the Pacific Northwest today understand the frequently powerful laws in place to guarantee citizens access to information. Washington’s public disclosure law is rightfully a point of pride for many. Portland was among the first cities in the nation to adopt an open data policy.

But those laws also have shortcomings. Redacted is a web tool to search more than 470 exemptions that lawmakers have carved out of Oregon’s state’s open records law. Lee van der Voo’s newsletter of the same name examines transparency loopholes, the stories behind the exemptions, and the inevitably proposed new ones.

At an InvestigateWest event on Money and State Politics in June, Amit Ramade explained some of the the challenges facing Washington’s award-winning public disclosure system. Ramade is an attorney serving the last year of his term as a governor’s appointee to the state’s Public Disclosure Commission, or PDC.

“The PDC budget has stayed the same — it was $1.99 million ten years ago and it’s $2.01 million today,” Ramade said. “That is not even keeping close to inflation let alone keeping up with the technology that has changed how people access information. It has not kept up with the massive influx of money that is coming into politics.”

Governments write ethics laws for a reason. Public officials can’t always be trusted to do the right thing; we need laws to make sure they do. The trouble is, a law is only as good as its enforcement, and the entities responsible for overseeing ethics are often impotent and ineffective, the comprehensive national probe found.

Washington: ‘One of the cleanest dirty shirts’ in test of states’ integrity

Immediately after a federal grand jury indicted Washington State Auditor Troy Kelley in April 2015 for tax evasion, perjury and other charges largely stemming from a business he ran before being elected, The Seattle Times declared him unfit to lead an office responsible for ensuring the integrity of public agencies and urged the Democrat to “quit, now.”

Kelley has pleaded not guilty to all charges, and is scheduled for trial in March.

One day before Oregon’s usual Valentine’s Day statehood celebration this year, the Capitol was awash with reporters chasing a rare story on the abuse of access to power rather than the frosted sheet cake being handed out by the Oregon Wheat Growers League to mark the state’s 156th birthday.

In a state where ethical behavior is assumed rather than regulated, former Gov. John Kitzhaber offered his resignation in a pre-recorded speech heard in his reception room, while de facto-governor Kate Brown prepared for duty in the secretary of state’s office a floor below.