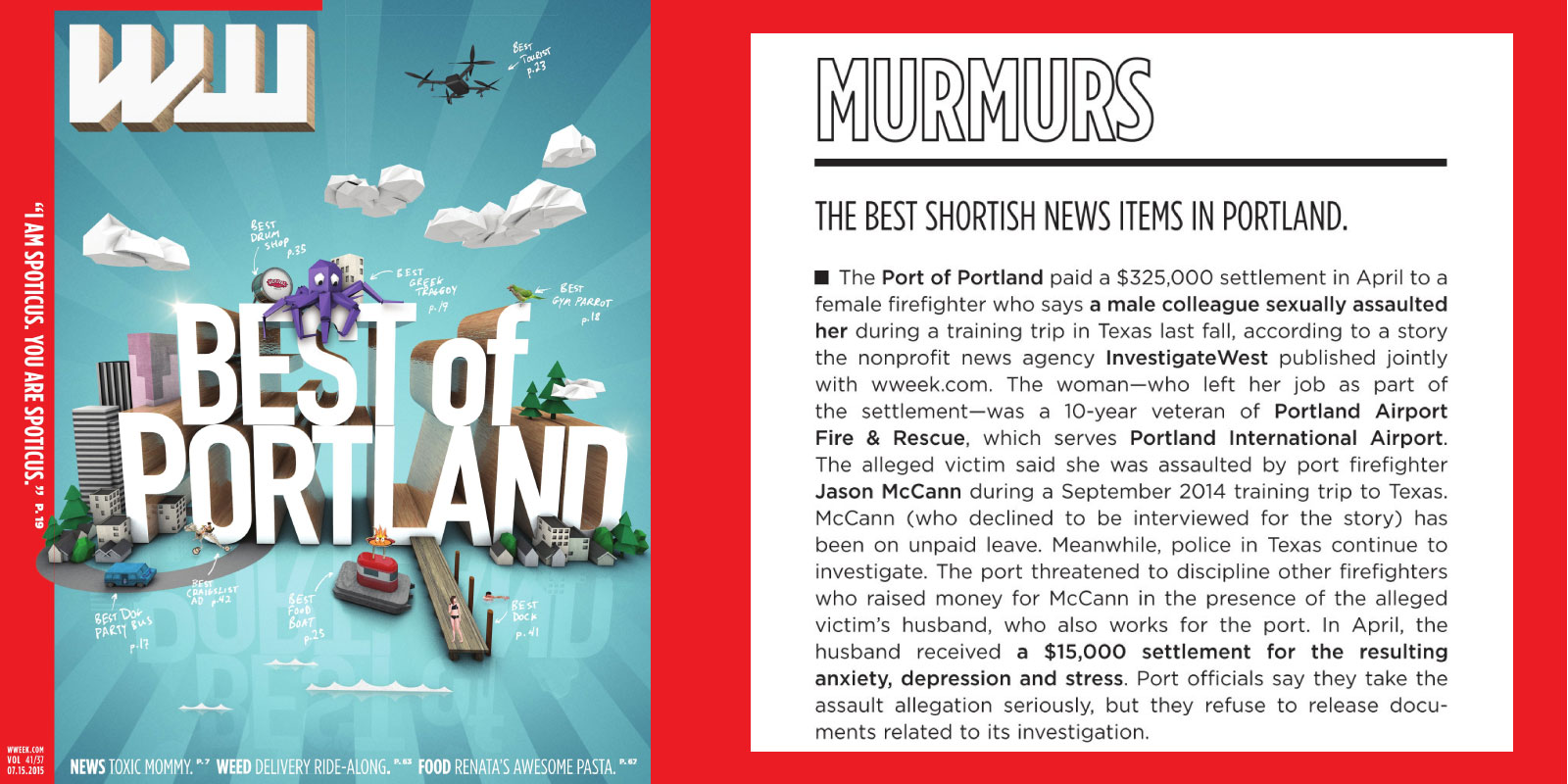 The newsstand issue of Willamette Week has this to say about the news we jointly broke last week:

The Port of Portland paid a $325,000 settlement in April to a female firefighter who says a male colleague sexually assaulted her during a training trip in Texas last fall, according to a story the nonprofit news agency InvestigateWest published jointly with wweek.com. The woman—who left her job as part of the settlement—was a 10-year veteran of Portland Airport Fire & Rescue, which serves Portland International Airport. The alleged victim said she was assaulted by port firefighter Jason McCann during a September 2014 training trip to Texas. McCann (who declined to be interviewed for the story) has been on unpaid leave. Meanwhile, police in Texas continue to investigate. The port threatened to discipline other firefighters who raised money for McCann in the presence of the alleged victim’s husband, who also works for the port. In April, the husband received a $15,000 settlement for the resulting anxiety, depression and stress. Port officials say they take the assault allegation seriously, but they refuse to release documents related to its investigation.