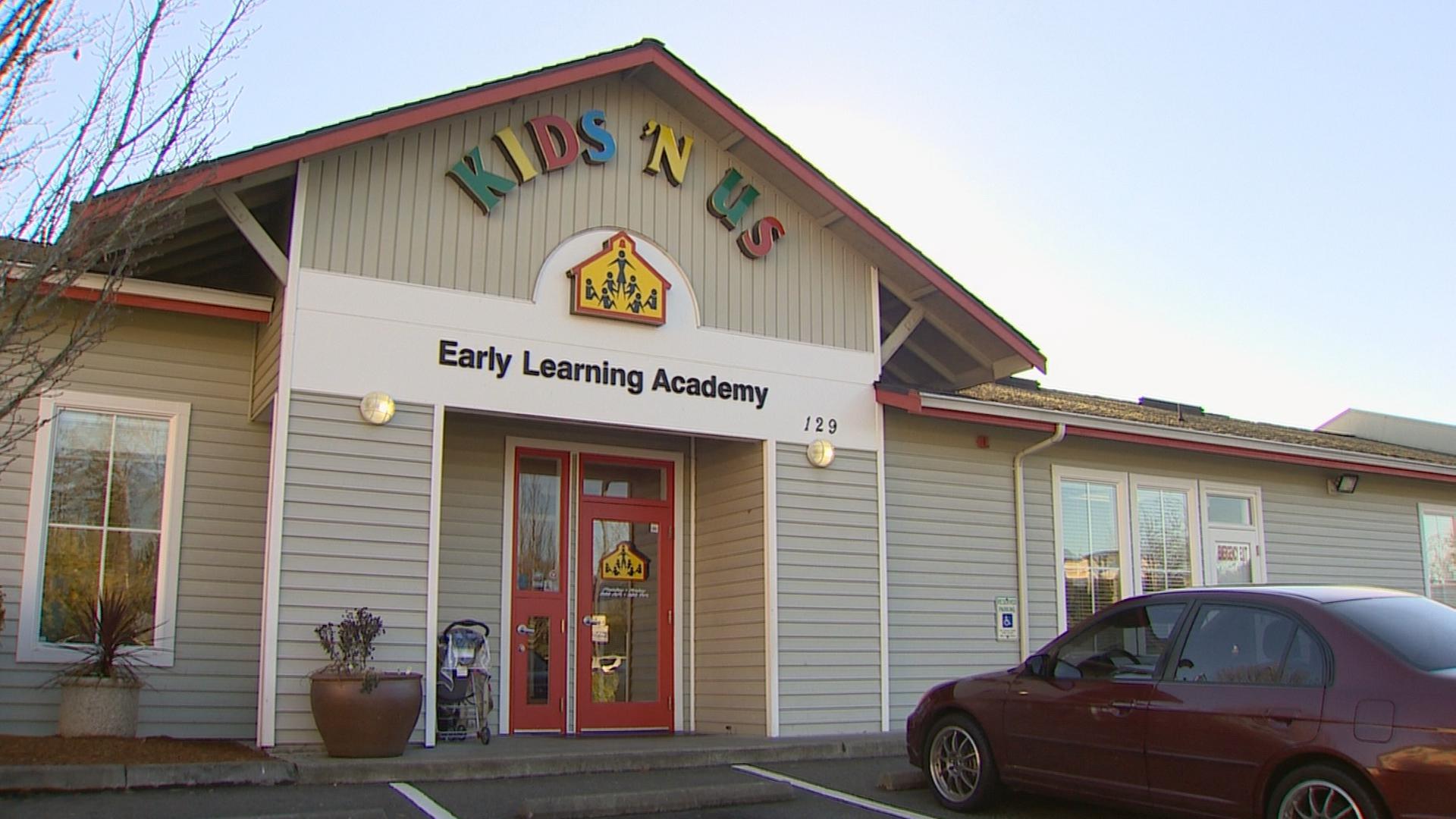 It’s a cruel fact of physiology: kids are the hardest-hit victims of air pollution. Pound for pound, children breathe more than adults, receiving a relatively bigger toxic dose delivered to their developing bodies. And the smaller the child, the bigger the impact. What makes an 8-year-old cough could make an infant stop breathing.

That science takes on particular significance in Washington, where 126 day cares are located beside major roads and where rules about where new facilities can open are not enforced. Researchers say air pollution from vehicle traffic can aggravate asthma, reduce lung function and boost school absenteeism, as well as promote cancer later in life and harm developing immune systems.

An additional 439 day cares sit within 500 feet of the state’s heaviest truck routes, a new analysis by InvestigateWest shows. The diesel fuel that powers these trucks can spew 100 to 200 times more soot than gasoline engines, and the exhaust is so toxic that the World Health Organization classifies it as a carcinogen.

Nationally, more than 11 million children under 5 are enrolled in regular child care.  In Washington, one-fourth of all toddlers and one-third of all preschoolers attend a licensed child care facility, according to a 2008 survey.

“We have a perception that air pollution isn’t a problem in this part of the country,” and on a regional scale that is mostly right, he said. “But lots of the places where kids spend their time are in high-pollution areas that aren’t reflected well by monitoring.”

Nor are the pollution risks always reflected in where parents choose to or are able to enroll their kids. Ann Ditty, a child care licensing specialist and past president of the National Association for Regulatory Administration, said that among parents, even where pollution worries exist, those concerns may be outweighed by more basic needs. Studies point out that although parents rate health and safety as their top consideration in choosing child care, the day care’s cost, location, and the language spoken there may severely limit their options.

Ditty recalls starting out as a day care worker in college and fielding calls from parents that usually focused first on two main considerations:

“Where are you located and what does it cost?”

Washington Siting Rules Are Not Enforced

Just south of Everett along Interstate 5, a hedge separates the playground of Kids ‘N Us Learning Academy from a highway off-ramp. Among the dozens of day cares that fall within the pollution plume of I-5, Kids ‘N Us is one of the closest, its property line just over 300 feet from the heavily traveled road. 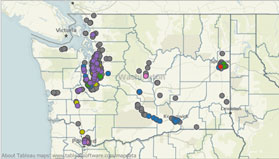 Amber Burnett used to work at the Everett facility, and is now the vice president for all five Kids ‘N Us child care centers in western Washington. She said that neither the company nor staff in Everett take extra steps to reduce kids’ exposure to the nearby road.

“It’s not something at the forefront for us. Obviously if there was anything recommended by the authorities we would follow it,” she said.

In Washington, the murky set of guidelines governing where day cares can operate does little in practice to protect kids from air pollution risks.

State child care licensing code does not restrict where in-home day cares — limited to 12 or fewer kids — can open.

Institutional child care centers, which have an average capacity of 69 kids, are required to be on an “environmentally safe site” and in a neighborhood “free of a condition detrimental to the child’s welfare,” according to a state regulation. Mary Kay Quinlan, the licensing administrator for the Department of Early Learning, said she wasn’t aware of any instance in which the code has been enforced.

The licensing process for a new day care does not require a site review by health officials to determine whether a property is safe from environmental hazards like nearby freeways. Instead, the Department of Early Learning, a fire marshal and the local planning department sign off on a new location. The agency also employs four health specialists to respond to complaints and concerns.

As is the case with schools, the construction of day cares can trigger a State Environmental Protection Act, or SEPA, review. But that process emphasizes air risks stemming from construction like dust and short-term truck traffic rather than ambient air concerns like a nearby highway.

Reducing harm from near-road exposures at day cares is something of a bureaucratic hot potato, with the Washington Department of Early Learning saying it’s not its job to correct for environmental risks, and health officials saying the initial push isn’t theirs to make.

Health Department spokesman Tim Church said his agency would need permission from the Legislature to get involved in even a voluntary program to identify environmental hazards near day cares.

What’s more, issuing do’s and don’ts for day cares is fundamentally more difficult than doing so for schools. “These are private businesses,” said Kara Klotz, a spokeswoman for the Early Learning Department. “A lot of this is parent choice.”

State officials acknowledge that they are a lot more worried about keeping kids safe — meaning, for starters, alive — than in heading off seemingly subtle pollution threats. The high-profile deaths of two children in state-licensed day cares — one an accidental drowning in 2004, the other a death from E. coli in 2010 — focused regulators’ attention on acute threats to children, said Aime Lapp Payne, former deputy director of the Early Learning Department.

“The environmental quality pieces are in the ‘ideal’ category. That’s not to say they’re unimportant, but if you look at how many kids died in the state and why, those are the issues that have to be rectified more immediately,” Payne said. “In the balancing act that is the regulatory world, that’s what’s happening.” 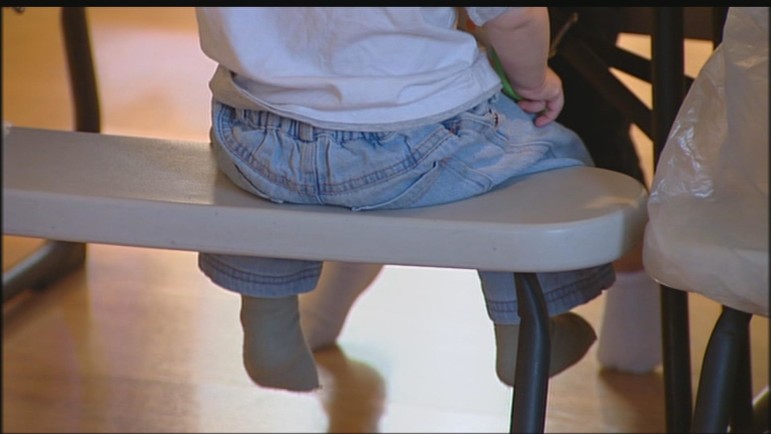 Today, child-health advocates nationally have little hope that environmental issues like air pollution will ever become a mandatory part of states’ often-troubled licensing processes, or the fragmented revenue streams that support them. Most pin their hopes on the voluntary procedures such as those encouraged in some Mid-Atlantic states.

The push there to better regulate day cares was sparked by the case of a New Jersey day care built on the site of a former thermometer factory. The day care was closed in 2006 after children tested positive for elevated levels of mercury.

As a result, New Jersey, Connecticut and Pennsylvania are putting in place early warning systems for new day cares opening on or near contaminated sites.

Only Pennsylvania’s forthcoming program even touches on traffic pollution, though. There, the state compares the addresses of day cares applying for licenses with a database of known contaminated areas that includes Superfund sites, former industrial sites and dry cleaners. The health department flags those near the hazardous areas and contacts the applicants. Would-be operators of day cares on flagged properties can elect to go through a voluntary five-step process of identifying additional hazards, one of which is proximity to heavy traffic.

Ahmed noted that the inclusion of traffic pollution as a factor to be potentially considered was also a nod to the environmental justice aspect of air pollution: Study after study shows that low-income communities and people of color are more likely to live near heavily trafficked highways and to suffer from pollution’s negative health effects.

That’s true in Seattle, too. In 2006, researchers at the University of Washington’s Department of Urban Design and Planning published an analysisof the demographics of Seattle communities living within freeway air pollution plumes, plotting all homes within 330 feet of Interstate 5, Interstate 90, Interstate 405 and State Route 520. The study found disproportionate numbers of low-income and black people living in near-road communities compared to the rest of King County. A price analysis of homes in those areas found that they were in general much cheaper than homes farther away from the freeway.

As the authors wrote, “For people living in such locations, trade-offs may have to be made: cheaper housing versus higher health risks.”

Is There a Legislative Solution?

Even though communities with low-cost housing bear the brunt of air pollution’s harm, environmental health concerns aren’t the only ones at play. A California’s legislator’s attempt to restrict child care near freeways shows how issues of access and cost can trump health.

A 2005 bill sponsored by state Sen. Fran Pavley would have banned the construction of new day care centers within 650 feet of major roadways and industrial sites. Fierce opposition from child care groups including the Child Care Law Center and the California Child Care Resource and Referral Network doomed the bill before it even reached the Senate floor for a vote.

One of the biggest stumbling blocks? Access. Legislative documents show 200,000 children were on the waiting list for child care in California at the time, and advocates worried that forswearing near-road centers would hurt the very people who need child care the most.

“Although the opponents applaud the intent of the bill, they indicate the burden this bill places on an already-stressed and underfunded child care system will further constrain the supply of child care in the state,” read the formal opposition statement, which noted that low-income and urban residents would be the most disadvantaged by the bill.

A law like the one proposed in California would have prevented many urban Washington day cares from setting up shop, including the Denise Louie Education Center in Seattle’s International District. The center, backing up on an interstate off-ramp, hosts 50 students throughout the day.

Director Janice DeGuchi said she wasn’t aware that the Lane Street building could pose risks to kids’ health. She said gardening, long walks and outdoor playtime are core pieces of Denise Louie’s curriculum. Spending time indoors at peak traffic times, or on poor air quality days, is a tradeoff that DeGuchi doesn’t think many parents are willing to make.

“If you want kids to go outside and get physical activity, what do you do?” she asks.

Details like the placement of air intakes and higher-efficiency filters can mitigate exposure at day cares that already exist. But UW researcher Kaufman said avoiding the big roads is far and away the best way to ward off the potential lifelong health impacts of traffic pollution.

“The change has to come as opportunities like siting arise,” Kaufman said. “If you can keep people away from [roadways], that’s the right thing to do.”