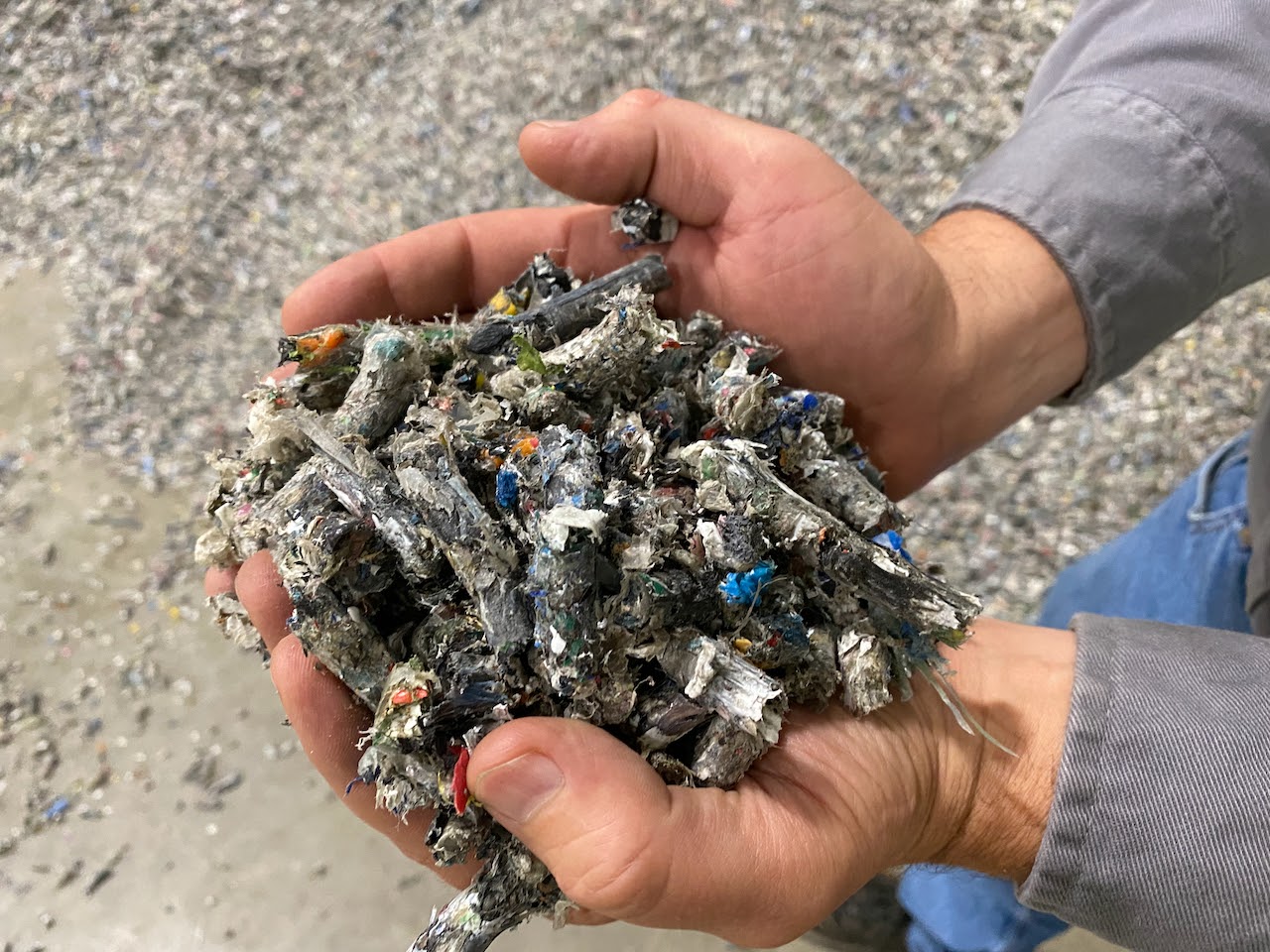 By James BruggersJanuary 25, 2023No Comments

By James Bruggers, Inside Climate News

This article originally appeared on Inside Climate News, a nonprofit, independent news organization that covers climate, energy and the environment. It is republished with permission. Sign up for their newsletter here.

The plastics industry’s quest to solve the problem of plastic waste through so-called “advanced” recycling—using chemical additives and sometimes extremely high heat to turn waste back into new plastics—is costly and comes with significant environmental impacts, according to new research from the federal government’s National Renewable Energy Lab in Colorado.

Government researchers singled out two prominent “advanced” technologies—pyrolysis and gasification—as particularly problematic, saying they should not even be considered “closed-loop” recycling technologies. These technologies require large amounts of energy and emit  significant pollutants and greenhouse gases to turn discarded plastics into oil or fuel, or chemicals such as benzene, toluene and xylene, synthetic gases and a carbon char waste product.

So far, 21 states have enacted laws sought by the U.S. plastics industry that categorize advanced plastics recycling as a manufacturing process and not waste disposal. But environmentalists say using plastic waste to make new fossil fuels or feedstocks for more plastic further damages the environment and worsens climate change.

Other forms of chemical recycling fared better than pyrolysis and gasification in the new research, but the more traditional method of recycling—using mechanical means to sort, clean, shred and remold waste plastic—performed better on economic and environmental parameters than emerging methods, although it still has technical limitations, the researchers found.

Taken together, the peer-reviewed study by a 12-member Department of Energy team that examined the benefits and trade-offs of current and emerging technologies for recycling illustrates the major challenges ahead as the world seeks ways to handle the 400 million metric tons of plastic waste generated globally each year.

Mankind is producing twice as much plastic waste as two decades ago, with the bulk of it dumped in landfills, burned by incinerators or littered across the environment, with only 9 percent recycled, according to a report last year from the Organization for Economic Cooperation and Development, a group that represents developed nations.

“There’s a lot of work around plastics and it’s very much a hot topic,” said research analyst Taylor Uekert, the lead author of the new study, “Technical, Economic, and Environmental Comparison of Closed-Loop Recycling Technologies for Common Plastics,” published Jan. 12 in the American Chemical Society’s peer-reviewed journal, Sustainable Chemistry & Engineering. “The inspiration here was really to look at all of these different up-and-coming recycling technologies and figure out how they stack up on a consistent basis on environmental, economic and technical perspectives.”

Experts say plastic was never designed to be recycled. It is made of polymer chains and chemical additives, many of them toxic, meant to give the material different properties, such as flexibility, texture, clarity and color. The varied chemical nature of plastic waste, much of which gets mixed together after it is used once for a few minutes, only adds to the challenge of recycling.

The researchers studied several kinds of chemical recycling, focusing on those that could legitimately be considered “closed loop” solutions, in which plastic waste is turned into feedstock to make new plastics.

Among those were technologies that use solvents, enzymes, acids or methanol to break down plastic into its chemical building blocks. They also examined different kinds of plastics, including high- and low-density polyethylene (HDPE and LDPE), polyethylene terephthalate (PET), and polypropylene (PP).

With the exception of mechanical recycling, the technologies that the team evaluated are mostly in early development, including some with pilot projects, Uekert said.

The chemical industry has been pushing for regulatory changes at the state and federal level that would encourage pyrolysis or gasification or relax clean-air requirements. The Environmental Protection Agency describes pyrolysis and gasification as heat-induced thermal decomposition processes, although gasification uses some oxygen.

Some industry proposals have faced strong pushback locally and from national environmental groups, including a troubled new chemical recycling plant in Ashley, Indiana, a proposed plant in Point Township, Pennsylvania, and a proposed trash-and-plastic waste-to-jet fuel plant in Gary, Indiana.

But when it comes to pyrolysis and gasification, each dependent upon a lot of energy and heat, the NREL researchers did not even consider them to be closed-loop solutions since typically they turn plastics into fuel or other chemical feedstocks, not new plastic.

With pyrolysis and gasification, much of the waste plastic is lost in the process, which critics have said makes it hard to describe those processes as recycling. In fact, the researchers found only 1 to 14 percent of the plastic sent through those processes is retained as plastic.

The economic and environmental metrics of pyrolysis and gasification are currently ten to 100 times higher—or worse—compared to using virgin polymers to make plastic, the researchers found.

Mechanical recycling, with its lower operational and capital costs, economically outcompetes all other recycling options at a statistically significant level, according to the researchers.

Still, mechanical recycling is faced with significant technical challenges, including the mixed nature of the supply of plastic waste.

“If you have any sort of contaminants coming in, it’s just going to be melted back into your plastic and that means your quality is going to be lower,” Uekert said.

That leaves potential room for some chemical recycling options in the future, including the one using ethylene glycol, she said.

“I think there’s a lot of room for combining multiple recycling options,” she said, such as mechanically recycling “the more pure streams” of waste plastic and “sending the more contaminant stuff to one of the chemical recycling options.”

While the researchers evaluated the science of recycling options, some environmental groups are focusing on the reduction of plastic manufacturing and plastic use, and fighting the chemical industry’s push for chemical recycling.

“We call that false recycling,” Judith Enck, the founder and president of the environmental group Beyond Plastics, said during a webinar on plastics and health last week. “I am a huge fan of recycling but plastics recycling has been an abysmal failure. We focus on reducing the production, use and generation of plastics and not plastics recycling. We are highly motivated to do that because of the health concerns” of plastic production, use and disposal, she said.

A study her group did last year found that plastics recycling in the United States had fallen to below 6 percent.

Matthew Kastner, a spokesman for the American Chemistry Council’s plastics division, described the report as “meaty,” adding that the council needs more time to analyze the research before commenting.

On Thursday, Kastner said the study did not reflect the current state of pyrolysis and gasification, which the industry has been pursuing along with other forms of advanced recycling.

“In the past five years nearly $7 billion in investments in advanced recycling have been announced or already operating, with a predicted ability to divert over 15 billion pounds of plastics from landfills annually,” he said. “These investments and technological improvements are already recycling plastic that’s used in over 60 products around the globe, and helping scale up a circular economy for hard-to-recycle plastics to be remade over and over again.”

Eukert said the study gives recyclers and policymakers a tool for evaluating the costs and benefits of each method.

“We know cost is one of the primary drivers for recycling for companies wanting to invest in it,” Uekert said.

But the study’s comparisons go beyond just cost factors to help point the way to potential solutions, she said.

“There are trade-offs to all recycling technologies,” Uekert said. “We’re never going to have one silver bullet that is going to solve that plastic pollution problem. There’s a lot of exciting work out there. And I think if we are able to improve upon these technologies, and figure out how they can work in synergy, there’s a lot of potential for making sure we’re reaching a circular economy for plastics.”

FEATURED IMAGE: Jay Schabel, president of the plastics division at Brightmark, holds plastic pellets in his hand the company’s chemical recycling plant in northeast Indiana at the end of July. Credit: James Bruggers