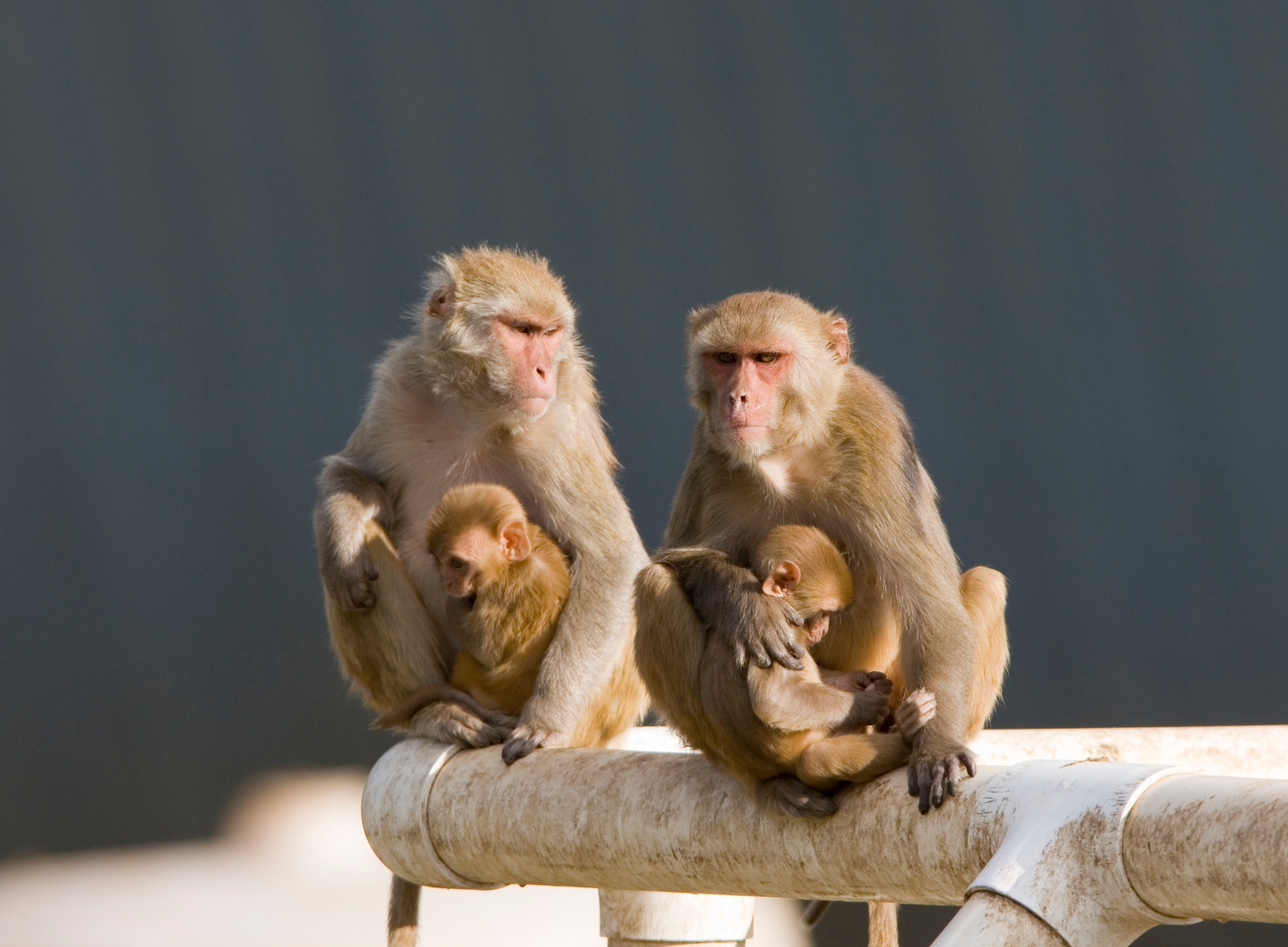 By Kaylee TornayJanuary 19, 2023No Comments

In August 2020, an employee at Oregon Health and Science University inadvertently put two monkeys inside a cage-washing machine. One was scalded and died, and the other had to be euthanized. The year before, staff left a cage full of prairie voles without water, killing five of them. The year before that, another monkey had to be euthanized after becoming ensnared by pipes inside its own cage.

In all, OHSU’s primate research center violated the federal Animal Welfare Act 31 times between 2014 and 2022, according to inspection records. Among the seven U.S. academic institutions that operate primate research centers, OHSU had the most violations during that time period, an InvestigateWest analysis found. Fifteen of those violations were labeled “critical” or “direct,” which are considered the most serious infractions — more than at any of the other peer institutions InvestigateWest examined.

Recently obtained public records indicate that problems inside the university may run deeper. A 2020 petition circulated after the fatal cage-washing incident and signed by what appears to be about 62 primate center employees decried a “dangerous” workplace culture that they said contributed to the animals’ deaths — and would lead to more if left unchecked.

“We are concerned that your ensuing response mistakenly characterizes this as a tragic accident rather than the tragic consequence of poor leadership,” the petition read in part. “This fatal act of gross negligence spotlights the systemic dysfunction — fueled by a toxic culture of intimidation and harassment — that has been present for years within cage crew.”

OHSU declined an interview request and did not comment directly on InvestigateWest’s findings. In a statement, Peter Barr-Gillespie, chief research officer and executive vice president of OHSU, defended the standards of care at the university-run Oregon National Primate Research Center in the Portland suburb of Hillsboro.

“Faculty and staff understand and embrace the responsibility to provide compassionate and leading-edge veterinary care that comes with the privilege of working with animals,” his statement read in part. “Dozens of highly trained veterinary professionals engage with these animals on a daily basis to ensure their ongoing safety, enrichment, health and well-being.”

Beyond the federal penalties, the deadly incidents have also raised concerns from a group of Oregon legislators. They’re now seeking more transparency from the research center on the welfare of its animals.

“It’s very troubling to see reports of unnecessary or accidental death after death after death,” said Rep. David Gomberg, D-Central Coast, chief sponsor of House Bill 2904. The bill would require any primate center in Oregon — for now, OHSU’s facility remains the only one — to make annual reports to the Oregon state veterinarian about animal deaths, purchases, births and sales.

Under current law, the research center has no such reporting obligations to the state since it doesn’t receive state funding. But OHSU said it already notifies the state veterinarian of any primate imports or exports, as well as any communicable diseases.

The legislators’ push for state reporting comes at a time when primate research, long a target of animal rights activists, is already under pressure because of a monkey shortage in the United States. Research centers, meanwhile, have rallied to point out the value of their work, including their contributions to the rollout of COVID vaccines, and they emphasize the level of oversight under which they operate.

“I think the public is rather unaware of the scope of details that most institutions have to adhere to,” said Kathryn Bayne, CEO of AAALAC International, the private accreditation agency formerly known as the Association for the Assessment and Accreditation of Laboratory Animal Care International. “It is a very detailed oversight process, without a doubt.”

The Oregon National Primate Research Center, which houses around 4,800 primates and employs about 380 people, contributes to biomedical research that spans a variety of disciplines, including genetics, neuroscience, pathobiology and immunology.

The university describes the center’s work as “essential to developing new ways to identify, prevent, treat or eradicate disease and to improve human and animal health.” It was established in the 1960s as one of several primate research centers funded by grants from the National Institutes of Health.

The center’s research has contributed to various medical advancements over the years, OHSU said. They include new methods of vaccine development for infectious diseases such as HIV, tuberculosis and West Nile virus and identification of a gene that could aid in the prevention and treatment of alcoholism.

But at times, the center has stood out from its peers for the wrong reasons.

In 2016, the U.S. Department of Justice sued OHSU over allegations of inflated fees related to its federally funded research, going as far back as 2005. In the 2018 settlement, OHSU denied any wrongdoing, but agreed to pay $1.3 million and to change its practices going forward.

The Southwest National Primate Research Center, operated by Texas Biomedical Research, came closest to matching OHSU in its frequency of noncompliance with the Animal Welfare Act: It racked up 30 violations in the past eight years. The University of California Davis, meanwhile, came in second to OHSU in terms of “critical” or “direct” violations — it had two fewer, with 13.

B. Taylor Bennett, senior scientific adviser for the National Association for Biomedical Research, which advocates for “ethical and essential” animal research, said the numbers may only tell part of the story, however. For example, the data on violations alone don’t show which issues the facility has worked to mitigate or improve. Those are noted in the reports, however.

“When you’re dealing with nonhuman primates, it’s a challenge,” Bennett said. “A stable group can ignite for reasons nobody can predict. … Some of those citations are clearly instances where they could improve their methodology, but some are just these things that happen.”

At the Oregon National Primate Research Center, each potential violation of the Animal Welfare Act is investigated by the university’s Research Integrity Office. That office reports to the Institutional Animal Care and Use Committee, a federally mandated standing committee. The USDA inspectors note any violations that happen between inspections in their reports.

Strategies to fix health and safety issues must be recorded with the National Institutes of Health’s Office of Laboratory Animal Welfare. OHSU also must report every violation to AAALAC International.

“While human error and the unpredictable behavior of undomesticated animals are impossible to completely eliminate, we strive to do everything in our power to employ best practices in engineering, training and supervision to protect against them,” OHSU’s statement read.

Other primate research centers also were slapped with fines in 2022. The University of Washington paid $3,700 for several primate escapes that resulted in deaths and amputations. The University of Wisconsin – Madison, meanwhile, agreed to pay $74,000, in part for repeated incidents where primates managed to escape from their cages and injure each other.

Animal welfare groups are quick to point out that even the largest of the fines imposed by the USDA are minuscule compared to the primate centers’ budgets. For example, the budget at OHSU’s facility this year is $60 million.

It was the high-profile deaths of the two macaques in the August 2020 cage-washing incident that piqued Gomberg’s interest in the primate research center.

Early in 2021, he asked the Oregon secretary of state’s office to probe the center, but said he was told that an audit wasn’t possible because it receives no state funding.

So, he sought records instead, requesting in July 2021 all of OHSU’s documentation related to Earthquake and Whimsy, the two macaques that had perished. The university took 17 months to provide records, Gomberg said, and charged his office $1,000 to provide them.

Gomberg said he intends for HB 2904 to increase transparency.

“The goal of the legislation is to simply make public information that has not been particularly public in the past,” he said. “I think this is a very reasonable step, to simply say, ‘We’re going to report on our activities.’”

Bennett, who has 54 years of experience in biomedical research, expressed doubt that the bill might lead to improvements.

“I don’t know what … forcing an institution to report to another entity is going to do in terms of animal welfare,” he said.

Gomberg said he especially wants taxpayers to have a better understanding of what researchers are studying at the center with public funds and how animals are being cared for. That’s why his bill includes requirements to report the number of animals that die both as a part of and outside of the research itself.

“We have more violations, particularly more critical violations, than any other facility in the country,” Gomberg said. “This is the key point I continue to make, which is that reasonable people can disagree on whether using animals for research is ethical and necessary, but we have to agree we’re not doing it very well in Oregon.”