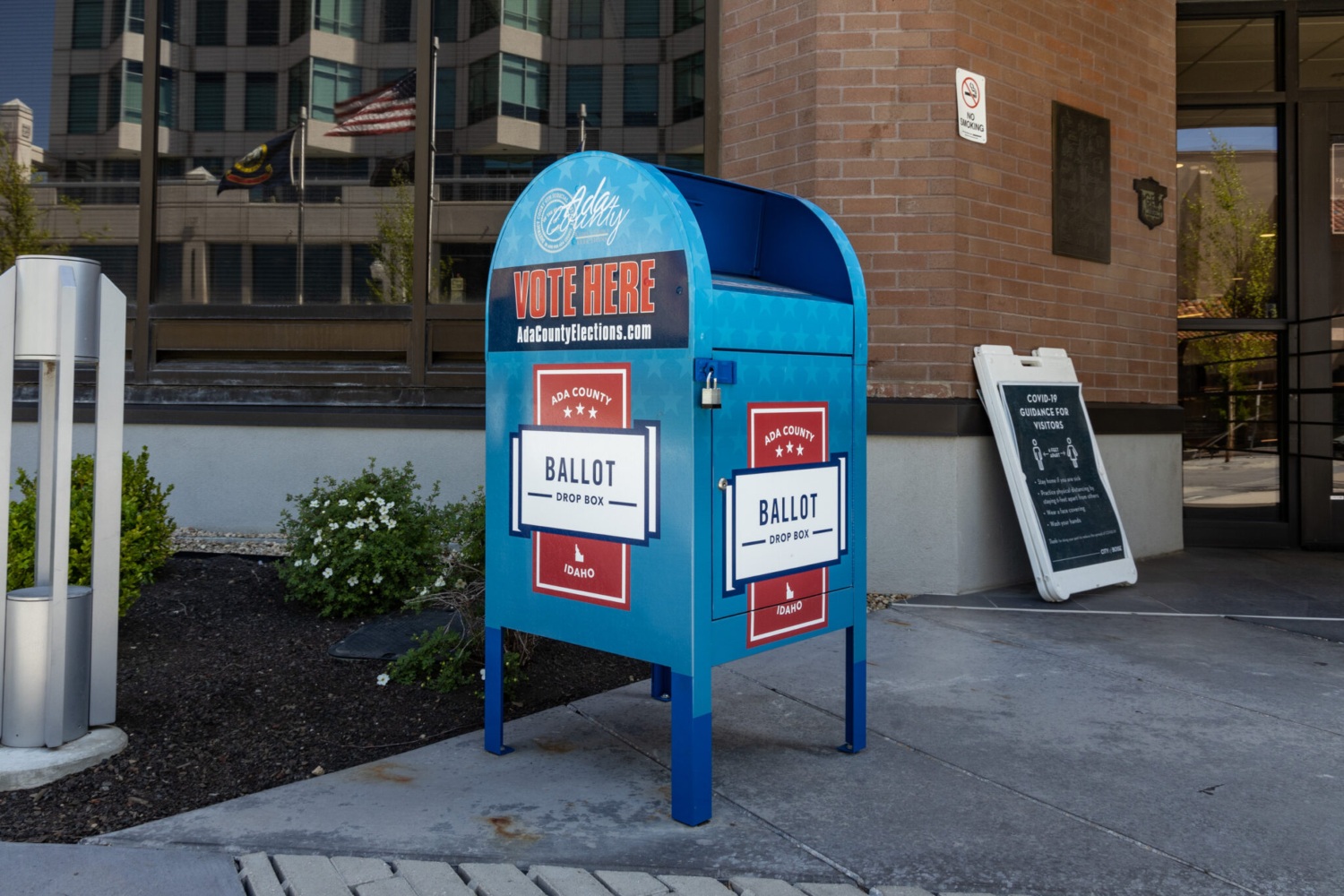 Registered voters have until Oct. 28 to request an absentee ballot

Elections officials in some Idaho counties say interest in absentee voting is increasing ahead of the Nov. 8 general election.

“We are seeing a spike with this election, but it (had been) down in prior elections,” Hicks said.

If Idahoans are not already registered to vote, they may still register and vote at their polling place on Election Day. All Idaho counties also offer either early voting and in-person absentee voting. For instance, in Canyon and Ada continues, early voting begins Oct. 24. Early voting is already underway in Bonneville County.

How does absentee voting work in Idaho?

But absentee voting is also one of the forms of voting that is targeted by election deniers and some Republicans in the Idaho Legislature.

In March, the Idaho House of Representatives voted 37-33 to ban absentee ballot drop boxes through House Bill 693. In her floor debate, Rep. Priscilla Giddings, R-White Bird, warned of the possibility absentee drop boxes could be susceptible to theft, arson or ballot stuffing.

“This is just one small step we can take to reassure voters of the election security in Idaho,” Giddings said on the House floor.

Tampering with or removing ballots is already a felony in Idaho, and the Idaho Senate never took up the bill, killing it for the year. Absentee ballot drop boxes are still legal in Idaho.

Manning said there are multiple built in safety and security principles in the absentee voting process. Voters have to be registered to vote absentee by mail, and voters may only request a ballot for themselves — not a spouse, family member or neighbor. The physical absentee ballot request forms require a signature and elections officials verify the signature with the voter’s signature on their registration forms before issuing an absentee ballot. Absentee ballots are only sent to the voter’s address on their registration form, and are not forwarded in the mail. Additionally, the envelopes contain unique identification and security tools, including a barcode and unique voter identification number. The affidavit form also requires a voter’s signature, which elections officials verify again when they receive the absentee ballot. The systems elections officials use have built in protocols that only accept one ballot for any given voter. Ballots are stored securely and on camera, Manning said, and at least two elections officials have to be present whenever ballots are handled, never just one employee.

“It is important to realize Idaho elections are secure, and it’s one vote per one person,” Manning said in a telephone interview. “We make sure that happens by not only the software we use that has all kinds of security in the works, but by making sure we have at least two people with the ballots at all times. We take security and secrecy seriously, and I just believe there is not a state that does it any better.”

Since 2008, absentee ballot requests have been on the rise in Bonneville County, Manning said. She has already sent out 3,000-plus absentee ballots for the Nov. 8 general election. Overall, she anticipates turnout could reach about 50% in her eastern Idaho county.

“I do know political emotions are high this year, but we do have a lower turnout in Idaho unless it’s a presidential election,” Manning said.

Yamamoto said the absentee voting process is trackable in its entirety, allowing election officials to know how many absentee ballots have been requested and which ones and how many have been returned. Voters can also use the state’s elections website to check the status of their absentee ballot and get an update when it is received and accepted.

Yamamoto specifically encourages absentee voting as a way to decrease lines and wait times at the polls for in-person voting on Election Day. Yamamoto said Canyon County has been struggling to get enough polling locations to serve the county’s voters.

Yamamoto and county officials issued a press release in early October urging Canyon County residents to vote absentee to cut down on line and wait at the polls on Election Day. Yamamoto said “far too many” Canyon County residents had to wait more than 20 minutes to vote during the May 17 primary election, when the ballot was two pages long. Yamamoto is concerned waits will be longer with a four-page ballot as he braces for as many as 80,000 voters trying to squeeze through 28 polling locations on Election Day.

“Right now we are at 122,200 registered voters, and that is going up by the hour,” Yamamoto said.

“The reason we are actively promoting absentee voting is that we would like to see the best voting experience that the voters can have,” Yamamoto added.”They can do this in the privacy of their home where they will have time to spend on that four-page ballot.”

Yamamoto said he is confident in the security and integrity of absentee voting. Canyon County keeps the ballots in a secure room, which is monitored by security cameras and the opening and counting of ballots also happens in front of cameras.

Canyon County officials are also conducting a public elections logic and accuracy test at 5 p.m. Thursday at the Canyon County Elections Office, 1102 E. Chicago St., in Caldwell. At the logic and accuracy test, officials will test their ballot tabulation machines and answer questions for the public about the elections and vote counting procedures.

“It’s a confidence builder for the voter and, in my opinion, puts to rest the false narrative going around out there by the Mike Lindells of the world (who deny the validity of election results),” Yamamoto said.

“Without question, absentee voting is absolutely secure,” he added.

What’s on the ballot in Idaho for this year’s election?

Next month’s election will shape Idaho government, policies and politics for years to come. All statewide offices, including governor, lieutenant governor, attorney general, secretary of state and superintendent of public instruction are up for vote. On top of that, all 105 seats in the Idaho Legislature are up for election, although less than half of the races are not congested because Democrats did not field legislative candidates in dozens of races across the state.

All Idaho voters will be able to vote on Senate Joint Resolution 102, a proposed amendment to the Idaho Constitution that would allow the Idaho Legislature to call itself back into session without the governor. A nonbinding advisory question on tax policy and education funding stemming from action the Idaho Legislature took during the one-day special session Sept. 1 is also on the ballot.

Depending on where they live, Idaho voters may also have county offices and commission races, community college trustees races or nonpartisan judges on their ballots.

Visit the Idaho Secretary of State’s election website www.voteidaho.gov to check whether you are registered to vote, request an absentee ballot, determine the location of your polling place and verify which congressional and legislative district you live in. Due to the 2021 redistricting process, many Idahoans are living in a new legislative district or congressional district for the first time in 10 years.

FEATURED IMAGE:  In this file photo, an early voting drop box was available to voters outside Boise City Hall on May 5, 2021. (Otto Kitsinger for Idaho Capital Sun)