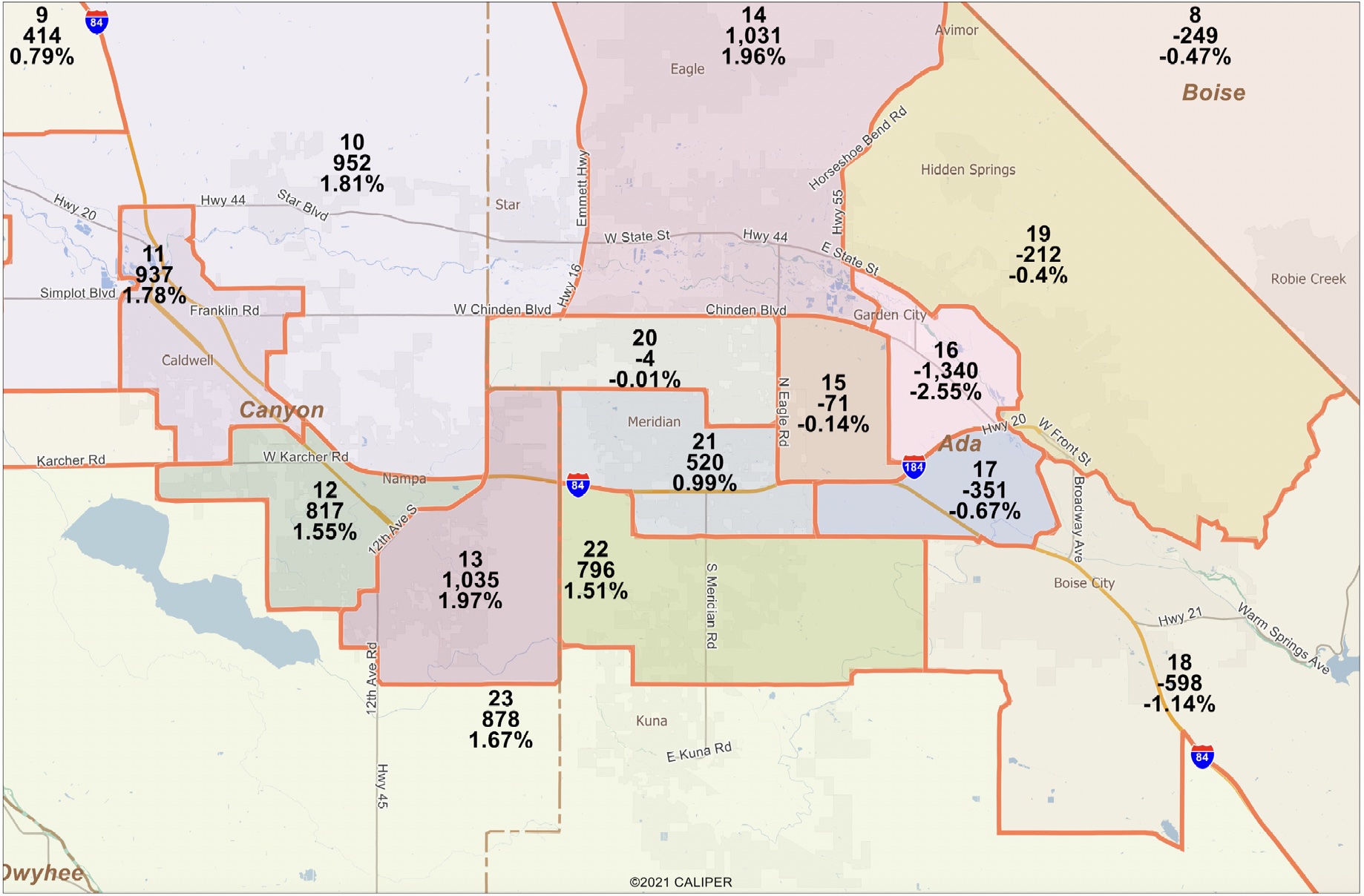 Because of the 2021 redistricting process, Idahoans across the state may find themselves living in a different legislative or congressional district when they cast their ballots in the Nov. 8 general election.

“Almost every person in the state of Idaho will need to look to see if their district boundaries have changed, because they probably have and that legislator who they have been voting for years may still be a candidate for election, but they may not be their candidate any more,” Bart Davis, one of the six members of the 2021 redistricting commission, said in a telephone interview Tuesday.

Last year, the bipartisan Idaho Citizens Commission for Reapportionment, which is often simply referred to as the redistricting commission, used 2020 census population data to redraw Idaho’s 35 legislative districts and two congressional districts. The new maps were put in place this year and replaced Idaho’s previous congressional and legislative district maps, which had been in place for the previous 10 years.

The process is important because it affects which candidates are eligible to run for office in which districts, which candidates voters may vote for and ultimately, who will represent Idahoans and their neighbors in Congress and in the Idaho Legislature.

How to find voting information in Idaho for the Nov. 8 general election

Idahoans who want to delve deeper into the redistricting process may click the “adopted plans” tab from the 2021 redistricting commission’s website to study the commission’s final report and the new congressional and legislative boundary maps.

“Counties with high growth including Ada, Bonneville and Twin Falls could see a lot of different precinct lines, which could also mean different polling locations,” Pence said in a telephone interview Tuesday. “So voters really do need to check that before they go to vote.”

Redistricting takes place in states across the country every 10 years and it was required by the Idaho Constitution and the U.S. Constitution. Davis and Pence said one of the main purposes of the redistricting process was to redraw political boundaries to account for population growth and changes.

“We are required to reapportion the legislative and congressional districts, basically as an equal protection principle, to ensure that everybody’s vote has approximately equal value, so that the most populated legislative and congressional district and least populated districts need to be as close in population as you can reasonably make it,” Davis said.

“There needs to be a fair and equal representation of one person, one vote,” she said. “So we do have to redraw the maps to make sure there are equal or fair amounts of voters in each legislative district.”

Pence and Davis said the redistricting process was complex and consuming. Commissioners had a 90-day deadline set in law. They traveled across the state and conducted 18 public hearings, and they had to solve a riddle of dividing 44 counties into 35 legislative districts while keeping as many counties intact as possible and minimizing population differences between the districts.

But both say they are proud of the resulting boundaries and Idaho’s bipartisan redistricting process, which was led by three Republican appointees and three Democratic appointees who had to work together.

“It was an open and public process, and I was really impressed with the amount of public meetings we held all across Idaho,” Pence said.

“I thought we worked well together and we were determined to be successful and I believe we did as well as we could under the circumstances,” Davis said.

FEATURED IMAGE:  Idaho’s redistricting commission approved new legislative and congressional boundaries in 2021. This section of the legislative map shows much of the Treasure Valley. (Courtesy of Idaho Commission For Reapportionment)