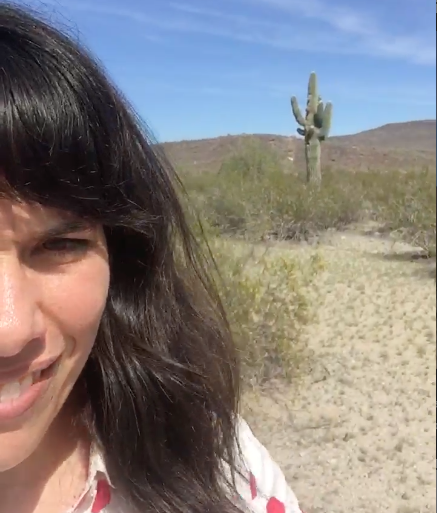 Worry: the sixth ‘W’ of journalism

Stress is the bedfellow of serious journalism – and for good reason

As a young reporter I was taught about the five W’s of journalism: Who, what, where, when and why. Nearly 20 years into my career, I’ve realized that another “W” word is critical to doing my job: worry.

Take, for example, the recent story I wrote for InvestigateWest, in partnership with The Nation. The story tries to answer the question of why the Goldwater Institute, a conservative Republican think tank in Arizona was trying to use a series of lawsuits to dismantle the Indian Child Welfare Act, a landmark law created to keep Indian families intact. The article follows the people involved, the lawyers who are bringing the lawsuits, and the tribal members who would feel its impact. It’s set on the ground in Arizona where these cases are being filed and where tribes are desperate to stay in charge of their children. It’s all happening now, and it’s all connected to the history of misguided federal government policies that attempted to assimilate Native Americans with horrible consequences – that’s the when. But those five W’s weren’t enough. It’s the worry that went into this piece, invisible to most readers, that I would argue was most critical.

At the outset of being hired by InvestigateWest to write a series of underreported issues impacting Indian Country, I worried whether I, as a white person, was the right reporter for the job.  This concern led managing editor Lee van der Voo to create an advisory team of Native American writers and academics that we hope can help us tell these stories with as much cultural sensitivity as possible.

My editors and I worried that this story about the Indian Child Welfare Act, set in the dry landscape of the court system, would be boring. And so InvestigateWest and The Nation sent me to Arizona, where I met with people who helped to show how complex legal language plays out in the lives of real people.

The worry that I was missing something, that Goldwater wasn’t simply interested in gutting ICWA, but in a larger effort to diminish tribal sovereignty, led me to dig into the tax returns of the institute’s funders, to see if these same donors weren’t involved in efforts to gut other laws affecting Indian Country.  With the help of law librarians, I went through legal databases and scanned scores of legal briefs, looking to determine Goldwater’s involvement in cases that impact Native Americans. I couldn’t find such a link, but absence of proof is not the same as proof of absence, so I worried and kept digging. (I never did find a link, not yet.)

The concern about how to relay nuance in 2,500 words ate at me. I didn’t sleep well, tossing around, worrying over how to be fair to all the individuals involved. And ultimately, when I wrote a draft of the story, I worried, really feared, that I might get a fact wrong and therefore cast doubt on the entirety of my reporting. And so I turned in an annotated version of the story with 70 footnotes.  The Nation put their best fact checker, a young smart person named Abbey White, on the job, and she and I went back and forth over legal language and facts, resulting in scores of emails and phone calls between us.

It wasn’t always this way. As a young reporter, working as an editor and reporter at High Country News, I was so in the thrall of learning something new, of breaking the news, of traveling to new places and meeting new people, that I didn’t worry as much about the details, about nuance, about whether I was being fair. As a twentysomething, the world was far more black and white. I thought of myself as almost an invisible presence in the story: I’d wear clothes to interviews that I didn’t think imprinted any personality, I took care to share nothing of myself. While I won awards for some of these stories, I’m not sure I couldn’t have done a better job. I didn’t worry enough. I was naïve to think that my choices, about who to lead the story with and whose story to tell, didn’t show an angle, a bias.

An unofficial poll of midcareer journalists, of friends and colleagues who I admire, finds that nearly two decades into this job, they also see the world in less black and white and more gray. We all worry about the people who gave us their time, who shared their personal experience, often emotional to relay, only to have their story not make it into the final article.  We worry over the angle we take, about the fact that “the need to take the story in hand,” as my old boss Ed Marston used to say, is both a critical part of the job and uncomfortable to execute. Even and especially when vulnerable people are involved, there are layers to the truth. I know for me, the more I learn about the world, the more humbled I am by all I don’t understand. I don’t have the final word on truth. I don’t believe that anyone does.

And while worry keeps me up at night, I have learned to respect it. It pushes me to keep asking questions, of myself and others. It hones my empathy. It keeps me alert. The worry is not only productive, it is, I believe, the key to good journalism.