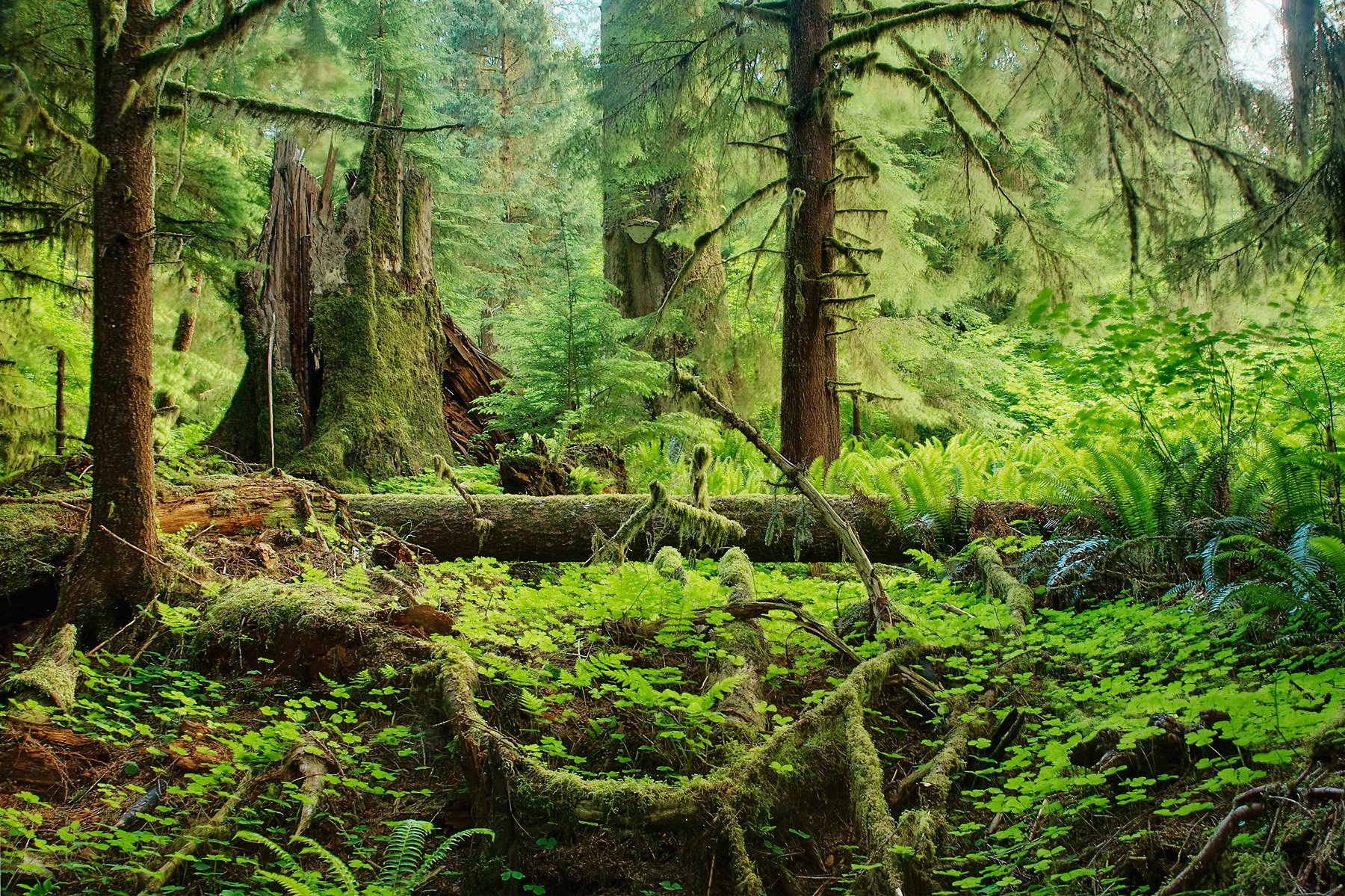 Should fighting climate change translate into spending more on education? That’s what Washington Gov. Jay Inslee is advocating. Wrangling over this and related proposals to shore up longstanding education-funding shortages will likely overshadow most environmental issues in the 105-day legislative session that got under way this week.

But builders, environmentalists, legislators and others in the environmental arena say that even with the education-funding debate taking center stage, they will try to move forward on a slew of fronts. Subjects likely to come up include growth management, water rights, Puget Sound restoration and cleanup of toxic waste sites.

The overriding education-funding debate is — for now, at least — tied to Inslee’s proposed tax on production of carbon dioxide, a greenhouse gas.

“It taxes carbon pollution that harms our kids and imperils the planet,” Inslee said in his inaugural address on Wednesday.

Inslee’s proposal would collect roughly $2 billion a year for the next two years and more in ensuing years from power plants, refineries and other businesses that generate or import electricity, natural gas or petroleum. The idea is that as the state ratchets up taxes on greenhouse gases, businesses will innovate to find technologies that harm the climate less.

Slightly more than half of the tax proceeds would fund education. Just over half of the remainder is targeted to boost climate-protective energy and transportation such as electric buses, reward manufacturers that cut carbon pollution and take other eco-friendly steps such as helping communities that improve homes’ energy efficiency. The rest would beef up water systems for farmers, help control urban floodwater contamination and make forests less prone to intense fire damage.

But there are huge questions about whether any of that will even be seriously considered by the Legislature. Critics argue that the new taxes would hurt consumers and businesses, and say mixing up energy taxes and education funding does not make sense in the first place. The backdrop: Inslee has been unsuccessful in past years in moving major legislation to fight climate change.

And even Inslee’s traditional allies, environmentalists, are nervous about the proposal. That’s because it relies on the Legislature to adopt the carbon tax — a dicey proposition— in order to keep existing programs alive.

Take the state’s Clean Energy Fund, which is supposed to save energy, reduce energy costs and fight air pollution. All good stuff for environmentalists, right? Inslee would boost the fund by 50 percent, from $40 million a year to $60 million a year. The catch: the program, currently funded through traditional avenues, would instead rely on the carbon tax. Voters rejected a different version of a carbon tax last November and Republican legislators have voiced vigorous opposition. Republicans control the Senate.

Environmentalists aren’t the only ones worried.

“We have a lot of concerns about the way the governor’s budget treats some of these core environmental programs and relies on a carbon tax that has an uncertain future,” explained Carl Schroeder of the Association of Washington Cities.

A key difference between Inslee’s proposal and the one rejected by voters in November: It raises money to fight climate change. The November vote rejected even a carbon tax that was neutralized by tax breaks for consumers. It will be extremely hard for environmentalists and the Inslee administration to navigate the legislative headwaters this year.

Other environmental issues likely to come up in the 2017 session:

Who gets the water?

An October Washington Supreme Court ruling that restricted counties’ ability to allow new wells in areas where water rights already are all allocated is sure to be a focal point for building industry lobbyists and legislators from rural areas.

Numerous lots purchased by people in good faith, back when private wells were considered exempt from needing water rights, could be rendered undevelopable by the court ruling, or at least become extremely costly to develop.

On the other hand, every well sunk means a little less water flowing underground to replenish and cool nearby streams. Many streams are already so low on water that they overheat, harming or even killing sensitive fish such as salmon.

Rep. Joe Fitzgibbon, a Democrat from Burien and chair of the House Environment Committee, expects this to be the top point of debate in both growth management and water rights discussions.

The Building Industry Association of Washington will be pushing for “a solid and practical legislative solution,” predicting that the affordable housing crisis underway in many of the state’s urban areas will extend into rural areas next.

The builders’ lobby, including the Building Industry Association of Washington and the Master Builders of King and Snohomish County, is making growth management reform a big issue. They argue that “buildable land reports” required under the Growth Management Act of 1990 are being produced by local governments in a way that creates an artificial scarcity of buildable lands. This is one of several aspects of the law the builders are likely to target for change.

At the national level, one of the largest corporate settlements on record was reached between Volkswagen and the EPA in October, awarding Washington state more than $100 million to invest in clean transportation because VW purposely foiled air-pollution testing requirements. It is up to the Legislature to determine how that money will be invested, and there is a strong push by Seattle City Light to use it to improve electric vehicle infrastructure.

The decade-old debate on I-937, the 2006 energy independence initiative that requires utilities to derive 15 percent of their power from renewable energy by 2020, is expected to continue. Most utilities are on track to hit the goal, so environmentalists and others are looking at how to take the next steps beyond 2020. They are working on a bill that would ensure that when the load on the state grid increases — currently it is not growing — it would do so through renewable energy.

Funding for toxic cleanups has been repeatedly gutted, leaving a large budget hole for programs including Puget Sound restoration and cleanups of the Duwamish River and the Hanford Nuclear Reservation. Over the years, increasing numbers of programs have been lumped into the funding pool from the tax on petroleum products created by the Model Toxics Control Act. But as oil prices dropped, last year more than $80 million in cuts had to be made.

“There’s been a huge budget hole in our ability to clean up and respond to toxic anything,” said Nick Abraham of the Washington Environmental Council.

Environmentalists are pushing to direct more funding back to toxic cleanups, arguing that underfunding toxic cleanups costs society by, for example, stunting development of kids exposed to toxic chemicals.

The state Legislature more than 30 years ago set out to restore Puget Sound, but the effort has been marked by uneven progress. In 2007 the Legislature created a unique state agency, the Puget Sound Partnership, to oversee and coordinate restoration efforts spread across numerous state agencies, as well as hundreds of non-profit organizations, Indian tribes, local governments and others.

Over the last three years, the Partnership lost about $3.4 million of $5.4 million in federal grants. Its staff, officially pegged at 48 full-time-equivalent jobs, actually hovers at about 38, the Partnership said. Inslee is asking the Legislature to help make up the difference by allocating $907,000 over the next two years. That would restore a planning manager, a salmon recovery person and a staffer to ensure scientists are gathering the right information to drive overall Puget Sound restoration.

“We think that the request is very reasonable and is substantially less than the actual need, but these are the most important positions that we’ve identified to be restored,” said Jeff Parsons, the partnership’s legislative policy director.

The big-ticket item that cities, environmentalists and others will be fighting for in the budget is $50 million to control stormwater, the leading source of toxic pollution of Puget Sound. Tax dollars to fix the problem were slashed dramatically over the last few years. From a budget of $100 million for the 2013-2015 biennium, the Legislature in 2015 reduced its outlay to $53 million for the 2015-2017 biennium. Then last year, taxes on petroleum products collected to help fund the program slipped along with the price of gasoline. So the Legislature cut another $30 million.

Rep. Jeff Morris, a Democrat from Mount Vernon, introduced a bill (HB 1048) that would improve incentives for solar and other forms of clean energy. Similar legislation by Morris failed the last two years, but the new measure includes support for community solar initiatives as well.

Importantly, the state Department of Fish and Wildlife will be asking to better enforce a system to protect fish habitat. The state requires people putting in docks, water-delivery pipes called culverts and similar structures in streams and bays that can kill or harm fish and other aquatic creatures to explain their plans to the state and obtain a permit. Theoretically, the permit should protect aquatic creatures.

But the department lacks enforcement ability and needs better tools for administering the permits, such as the ability to issue stop-work orders like Fish and Wildlife departments in other states can, said Fitzgibbon, the House Environment chair.

“Even though we have this focus on Puget Sound recovery, we’re still losing habitat for fish,” he said.