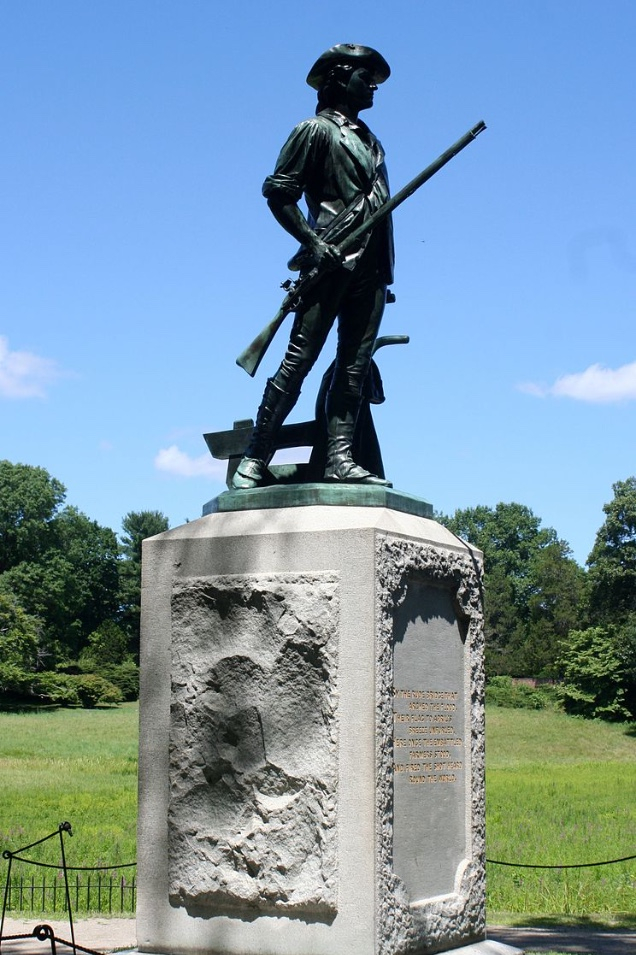 That was the cry of Joseph Hosmer, adjutant in what would soon become the Continental Army. He was among the Minutemen amassed on a hill just outside Concord, Mass., on April 19, 1775, as British troops ransacked the town. Hosmer’s protestation when he saw smoke rising stiffened his superiors’ resolve. Soon the American patriots were on the march downhill toward the better-trained forces of their king in a battle that perhaps improbably succeeded in driving the royal army all the way back to Boston. In this first American victory against tyranny, though, Hosmer would lose his life before nightfall.

As I recently walked the very battlefield where this took place, Hosmer’s words were, I realized, just as applicable today as at the dawn of our republic.  I’m on sabbatical from InvestigateWest to participate in the Knight Science Journalism Fellowship at MIT and Harvard, and of course made a side trip to Minute Man National Historical Park.

Let’s make no mistake that this democracy we enjoy is and always has been a fragile thing. One need not go back to the Weimar Republic – as I often have heard invoked in recent weeks – to find an example of democracy corrupted; the world is littered with such countries even today.

We can’t let that happen here. No matter how you feel about the outcome of the election, what pretty much everyone agrees on now is that the quantity and quality of news reporting is going downhill. It’s particularly true in for-profit media beset by market failure. High-quality journalism that informs us as citizens is the oxygen of democracy. Right now it looks like we need to carry around an oxygen tank. We’re not on life support yet, but that’s where we are headed if we cannot turn this around.

The explosion of fake news stories – yes, during the campaign, but also before and since – is a loathsome trend.InvestigateWest is here to provide the in-depth, thoughtful and fact-based journalism that fights back. Thanks for being part of our army.

Normally this Sidebar feature that we send to InvestigateWest members monthly is intended to give you a peek inside the operations of our small news organization. But this month I’m going to ask you to help us expand the army of donors that supports our small but significant beachhead in the fight against fake news and for our democracy. We need more support to take this fight to scale.

If you are receiving this, you are a member. You have seen the value of contributing to InvestigateWest and how our award-winning journalism leads to real change in the world. You know that without public support, we could not do this work. Will you please take two steps to fuel the cause we all support? We ask:

Columbia Journalism Review, the leading critiquer of the American news industry, said, “InvestigateWest may have a small budget and a tiny newsroom, but the organization’s impact consistently belies its size.”

Help InvestigateWest carry on in the tradition of Joseph Hosmer. We can’t let them burn down the town.