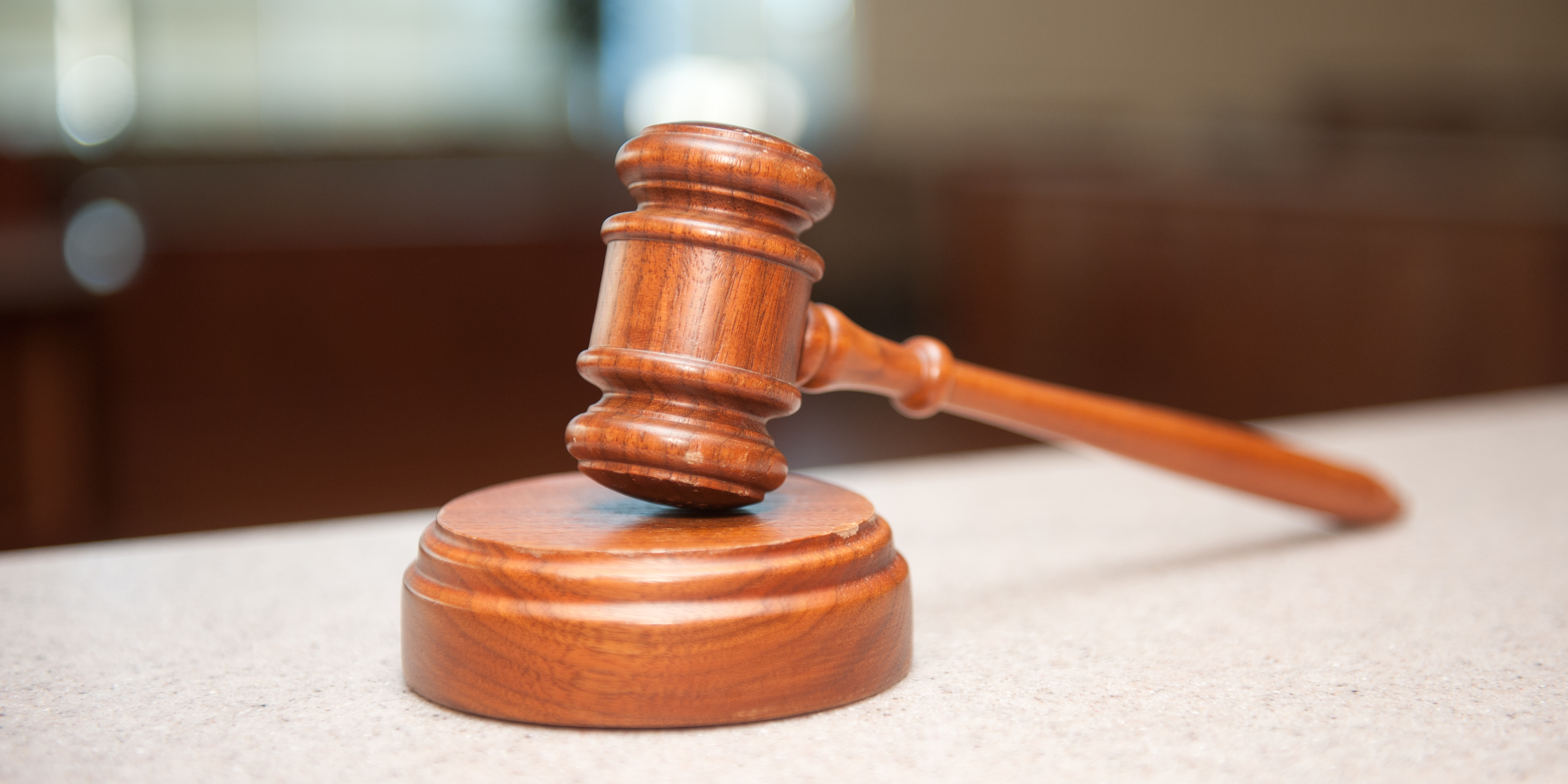 Unwritten opinions hard to erase at the Oregon Court of Appeals

We all know what it means to be AWOL — absent without leave — from active duty. That’s perhaps the best way to explain that AWOL has a cousin in the Oregon Court of Appeals. It’s called an AWOP.

If you deal with the higher courts at all, you already know it — Oregon’s Court of Appeals has a high frequency of AWOPs, or decisions affirmed without opinion. It’s the fancy way of saying that more than half the cases reviewed by the state’s second-to-highest court end up unchanged, with no written explanation for why the court didn’t tinker with them. This is the only Court of Appeals in the country that produces such a significant amount of its opinions without a written decision.

The reason? The court’s top judge says there aren’t enough people to write them.

“We’re not happy about AWOPs. No one feels good about it,” said Rick Haselton, the chief judge for the Oregon Court of Appeals. He pegs the court’s current AWOP rate at about 65 percent of all business.

That’s a big number when you consider that the Oregon Court of Appeals decides all criminal and civil appeals from the state’s circuit courts. The main fare includes civil court matters, domestic disputes, and criminal and juvenile cases. The Court of Appeals also handles judicial reviews of administrative agency cases — in other words, direct appeals from the likes of Oregon’s Land Use Board of Appeals and the Workers’ Compensation Board. Per capita, it has been at times the busiest Court of Appeals in America. When it isn’t, it’s still pretty busy. The present-day caseload clocks in at about 2,600 cases a year.

How high is that? Consider it compared to the Oregon Supreme Court, which, with a little more than half the number of judges, hears a rough 120 cases a year, all at the judges’ discretion, save for ballot measure issues and death penalty cases.

The point? This is a transparency issue. And while it’s been flagged as such, again and again, mostly by lawyers but even by the court’s own judges, it ought to be a bigger deal to everybody.

An ideal appellate court case would look like the case of Bandon Pacific, a seafood company that recently appealed more than $200,000 in fines for four years of fish-gut dumping in the Coquille River. In August, the Court of Appeals kicked that one back to the lower courts, explaining in a nine-page opinion that the Department of Environmental Quality had failed to offer a complete explanation for the fine, and also failed to show DEQ weighed all available information.

That same day, the court issued 13 other opinions of this length, all available online, where they will live for at least some years to give Oregonians a sense of what their next-to-highest court is up to, and how those decisions are shaping state law. But on the same day, the Court of Appeals also issued 14 AWOPs.

“We’ve been conscious of it for a long, long time,” said Haselton. In fact, when he joined the Court of Appeals 22 years ago, reducing the rate of AWOPs was a goal. He told the governor as much in interviews. He told the Oregon State Bar, too. In the intervening years, there have been experiments. Former chief judge Mary Dietz tried a multiple choice form in the late 90s, he said, asking judges to pick from a handful of the most common reasons for AWOPs. For instance, you can’t argue a point that wasn’t brought up in the lower courts, something lawyers try to do all the time. Automatic AWOP. And there are cases where the legal principles are well established and there’s nothing new. That’s an AWOP, too. Sometimes, there’s just shoddy briefing — it’s not at all clear what’s being challenged. AWOP. But multiple choice proved quick but unhelpful — the information it yielded was barely an improvement on an AWOP. Right now one panel of Court of Appeals judges is trying to pick one would-be AWOP per docket and write it up — an effort Haselton predicts won’t make much of a dent in the problem.

As a conundrum, “it’s just really durable,” Haselton said. And the answer appears to be a matter of dollars and cents.

According to a 2010 study of the caseload at the Oregon Court of Appeals by the National Center for State Courts, high numbers of AWOPs were the result of both staffing shortage and an uptick in cases, and in their complexity. The study found that while caseloads increased and the law became more tangled, requiring longer opinions, the percentage of cases resolved with an AWOP increased. Staffing didn’t. The result was that AWOPs ranged from 66 to 84 percent, depending on case type. Aiming to reduce that to at least 50 percent, the NCSC predicted the court would need a total of 27 judges, plus an infusion of judicial assistants, staff attorneys and law clerks. That figure doesn’t include a temporary staff the NCSC recommended the court employ to resolve a backlog.

The court has had 10 judges since 1977. After a massive legislative push for better court resources, it got three more in 2014.

Attorneys say AWOPs mean judges in the lower courts lack direction and so do attorneys, particularly in family law, an area in which AWOPs abound. Rose Hubbard, a family law attorney, said the Court of Appeals and Supreme Court combined used to release about 30 or 40 family-law decisions a year. Now they combine for about five opinions a year. Haselton attributes the reluctance to rule on family law to the knowledge that, when the court is slammed, acting faster means less stress on children and families. Unfortunately, Hubbard said, it also means that children and families end up feeling, “like they do not have assurance that there are checks and balances on the trial court.” And the Court of Appeals also seems to be sending the message its judges would rather not hear family law cases at all.

There are some bright spots: Part of the reason why the court isn’t faster is that it doesn’t have a culture of bench memos — as in, an army of lawyer minions to digest the legal briefs. Instead, the judges read the briefs themselves. Also extremely unusual is that the court gives attorneys in any case the option to argue orally before the court if they want to. Many do. And here we have a kind of correction on the AWOP, if you will, because a lack of persuasiveness can be pretty clear to an attorney being grilled by a panel of judges. Haselton said the court tries not to AWOP anything that makes new law or affects people other than the ones in the room when the cases was argued.

With the new panel of judges appointed in 2014 chipping away at a court backlog that grew out of recession-induced staffing shortages, the rate of AWOPs has nevertheless remained unabated.[1]

Haselton now thinks AWOP abundance might be resolved with a new pool of staff attorneys to write opinions on cases that are affirmed, rather than a new set of judges. After all, not everything needs nine pages of analysis by a judge. After years of experiments in trying to provide even basic summaries to the public, the Court of Appeals appears to need at least some additional resources if there’s hope for transparency in cases that do require analysis.

What’s telling about this whole transparency issue? I couldn’t even find a non-lawyer to take on the pro-transparency side. And I think that’s concerning. Because lawyers, after all, are not supposed to be in court worrying over these issues because they matter to lawyers. They’re supposed to worry over these issues because they matter to everybody. Decision-making in our next-to-highest court need not be so opaque — it’s an important piece of a healthy, thriving democracy, a thing a little sunshine never hurt.