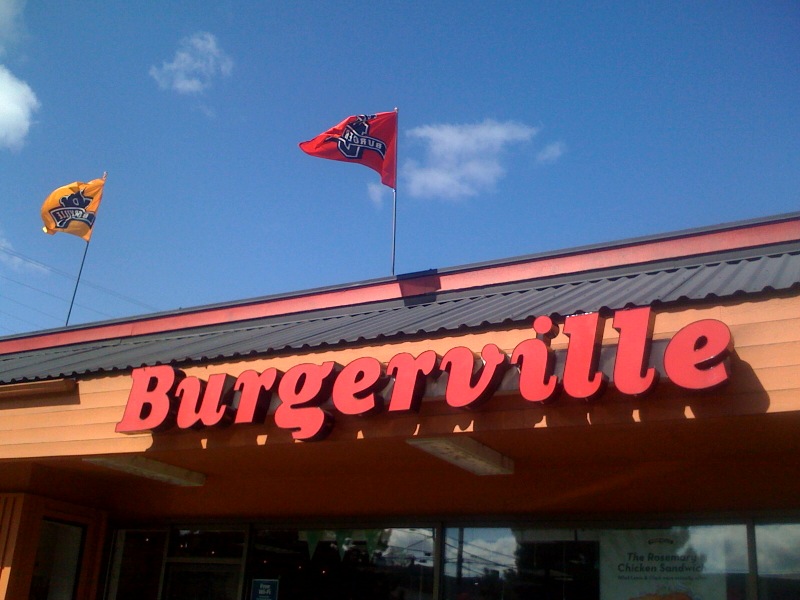 Fiasco in Wasco: Citizen ponies up $50K to open government

The tab will come to something like $50,000. So John “Chip” Wood sold a rental property to foot the bill. On the ticket? A lawsuit against Wasco County and its three commissioners for violations of the Oregon Public Meetings Law. It’s a story that begins in a Burgerville and ends, for now, with a protective order. Along the way it highlights all the reasons why transparency reform is failing in Oregon.

To hear it from Wood, the issue is this: the Wasco County Commission doesn’t play by the rules. While Oregon Public Meetings Law bars them from meeting without public notice, or deliberating on the phone or in electronic communications outside of public meetings, it hasn’t kept commissioners from making decisions over lunch, over email, and without a heads up to the public.

That part isn’t a secret. In November, the Wasco County Commission voted to remove the county from a regional public health district that’s responsible for the administration of public health laws. In other words: immunization, STD tracking, restaurant inspections, and monitoring and containing infectious diseases like HIV and tuberculosis, among other stuff that gets people sick or keeps people from getting sick.

The commission acted without public notice or deliberation. They simply took up this item, even though it was not on the agenda, and voted on it without any interaction with the public. The move took the community by such surprise that it provoked an outcry that caused Wood to file the lawsuit.

Through the courts, Wood continues to seek to void the county’s decision on the health district, collect legal fees and a secure a promise from county commissioners that they won’t violate Public Meetings Law again.

Also still underway, however, is the legal battle. Soon, the county will ask the court to consider whether it now has any merit at all, considering the decision at the heart of it has been rescinded, if not voided as Wood has asked. But what began as a lawsuit about public health, and a single decision that’s now been rescinded, has ballooned into a mission to guarantee transparency in a community where people suspect that they have none. “From the day they got elected they’ve been abusing public meeting laws,” Wood charges. “They just do what they want.”

Underscoring that suspicion, he points to an anonymous email to the commission last fall in which a community member complained of overhearing county commissioners deliberating county business in a local Burgerville. He also points to The Dalles Chronicle, where County Commissioner Steve Kramer[1], when asked why he hadn’t put the health district vote on the meeting agenda in November, was quoted as saying, “I don’t have to put it on the agenda.”

Such disregard for public process has not gone over well. As Wood puts it, “We have known they are breaking the law…. but not to the point that we wanted to go fighting them. Finally, they created a problem big enough that we could attack.”

So, attack they did. That attack began with a series of public records requests filed on behalf of Wood and other citizens in January by attorney Thomas Peachey. And when the requests turned up emails indicating two county commissioners had been discussing the health district for at least two weeks before the vote, Wood said the requests grew more expansive.

This is the part that left county attorney Kristen Campbell aghast. She said the records requests have become so voluminous they have outstripped the county’s small budget for legal services. She works for Tim Simmons Law PC in The Dalles, which provides legal help to Wasco County on contract, and says the county is increasingly concerned about its ability to stay within budget while juggling the requests with other legal matters, all at a cost of $225 an hour.

“Basically this is all I’m doing is dealing with these records requests,” she said. Over 11 weeks, a single record request for internal communications about the health district was amended and revised nine times. Wood’s attorney Peachey is now seeking every communication between commissioners and key staff for a period of more than two years. There are no search parameters. Just all of them. Text messages. Emails. And whatever other kinds of communication turn up.

“I’m absolutely ready and willing to compile them, but who is going to pay for this at this point?” Campbell said.

The county’s answer is Wood.

In March, attorney Bradley Timmons, also with Tim Simmons Law PC, sought a protective order that, if approved by the court, would prevent the county commissioners from having to turn over records to Wood or be deposed. Alternately, he said that Wood could pay a $25,000 deposit to fund discovery requests, requests he termed “… a fishing expedition seeking to embarrass, harass and unduly burden Defendants.” Timmons is seeking a $10,000 deposit for a nearly identical records request Peachey made to the county apart from the lawsuit, which he estimates could cost up to $15,000.[2]

All of this drama rolled out before the Oregon House Rules Committee in April during public testimony on House Bill 3505, a public records and transparency reform bill seeking to put deadlines for response to public records requests into Oregon law, and standardize costs.

Campbell was one of a number of government attorneys, staffers, and lobbyists who turned out to decry the burden of small city and county staffs who must respond to the zealotry of Oregon’s determined gadflies.

And it’s easy to have empathy for small communities, because in a case like Wood’s, one or two people shoulder the burden of the related work, and they often do it alongside a lot of other things. But my sympathy for government workers in that scenario runs out when the approach they advocate is one that could cost taxpayers more.

While the county would like to dismiss this case as nothing more than procedural error, let’s face it, the Oregon Public Meetings Law was violated. And not just to take a handshake photo at a ribbon cutting or sign a check for a few rain ponchos. Wasco County Commissioners failed to properly deliberate a move that yanked $380,000 in payments to a public health agency that citizens depend on.

Government decisions of this magnitude more often involve cost-benefit analysis and the opportunity for the public to listen in, if not comment. None of that happened. Instead, a health district was nearly voted out of existence without public analysis or input. And it was done by three people who, for reasons unknown, seemed to want to do it that way. That’s scary.

Even though the county rescinded the decision, any rational person would be alarmed. They might start wondering, as Wood and others did, what other decisions the Wasco County Commission has made without public input. And Wood’s right to file a lawsuit in such a case is clear, even if the related records requests have got county officials in a knot.[3]

In that context, can Chip Wood really be blamed for casting a wide net in a lawsuit designed to determine the scope of back-room dealing? Here’s how he puts it:

“These guys deliberated pretty much in secrecy with a couple select people for at least a couple of weeks before they made their decision. If that’s not good old boy politics, then what is?” Though he’s not thrilled about liquidating a piece of his retirement to pay for this lawsuit, he says, “I feel like my community was worth it.”

Here’s the question now for taxpayers, and for lawmakers inclined to stall out on transparency reform in Oregon: should democracy really have this kind of cost?

County and city attorneys in rural parts of Oregon want taxpayers to believe that stronger laws will cost them too much. Too much time. Too much labor. Too much for legal fees from hyper-constrained budgets to respond to public records requests, tied to lawsuits and otherwise.

But the reality is closer to what you see here in the Wood case: Without better laws, Oregon’s records and meetings matters are increasingly destined for the courts. That costs far more than a law that forces regular compliance with transparency, whether the taxpayer foots the bill or someone has to sell a house.

[1] Kramer declined to be interviewed for this article, saying that the lawsuit prevents him from commenting. He did take a moment to note, however, his lack of fondness for the media, saying he didn’t see how media attention would help. Other county commissioners – Rod Runyon and Scott Hege – did not return calls seeking comment.

[2] This bit about the fees is not new. Last December, Wasco County District Attorney Eric Nisley ordered the county to substantially reduce or waive the fees it charged to a citizen, Charles McHenry. McHenry sought emails related to campaign contributions and donations between two county commissioners. The exact amount McHenry would have been charged is unclear, since the fees were based on hourly rates for labor never expended because he appealed. But that the fees would have climbed into the four-figure category is clear. In a four-page decision, Nisley slapped down hourly rates point by point, arriving at $150 total, then concluded the fees should have been waived anyway, because the records were in the public interest, a conclusion “considerably bolstered by the apparent attempt by the County to deter the person requesting these records by attempting to charge an excessive fee.” This decision gets complicated when you consider that Nisley actually used to be the county attorney, and recused himself from handling this particular request on behalf of the county since it may have involved his wife, though he later considered the related appeal as a district attorney. Kristen Campbell, the county’s current attorney, now says the use of an outside attorney on this matter might have been what led to the high fees in the first place. That considered, it’s still hard to see how no one in county administration flagged the fees as excessive, especially when you consider they violated the county’s own rules.