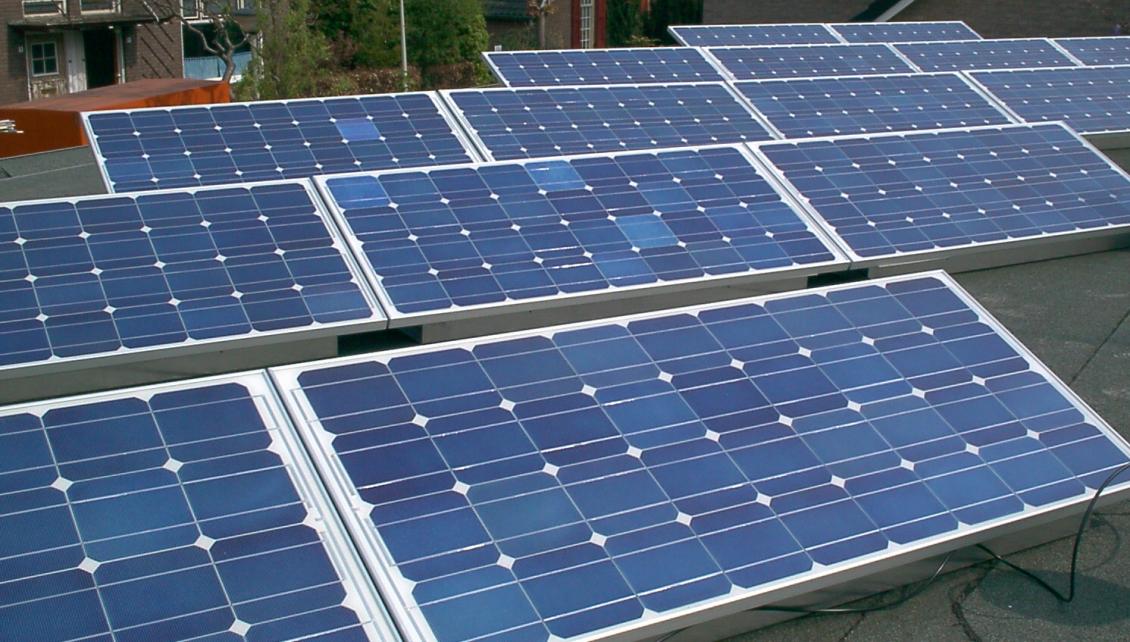 After nearly two months in legislative limbo, a bill has emerged that would subsidize solar panels for everyone. But it could be dragged down by political struggles, including a failed attempt this week to link it to a bid by utilities to ease their burdens under voter-approved Initiative 937.

I-937 requires utilities to use certain kinds of renewable energy, but has been the target of repeated attempts by utilities to weaken it. They claim that in some cases it’s actually costing them extra money while frustrating the original clean-energy intent of the 2006 initiative.

If passed, the solar bill (HB 1912) would guarantee that purchasers of solar equipment receive a full 10 years of state payments, which could spur new investments in rooftop solar.

The bill also opens the door to leasing companies that want to put solar on people’s roofs, and it would allow utilities to lease, or even own, solar equipment placed on homes and businesses. Under current law, only homeowners or community cooperatives are eligible for cash incentives.

Most provisions of the solar bill are universally supported by electrical utilities and by environmental advocates of solar energy.

Environmentalists are troubled by political efforts to win support for the solar bill by connecting it to a separate bill (SB 5735) that would relax clean-energy requirements for electrical utilities.

“Our position is fairly clear,” said Kelly Hall, policy associate for Renewable Northwest. “We really do want a solar bill … but we don’t want the bill to come by weakening 937.”

Initiative 937 requires major utilities to obtain 15 percent of their energy from renewable resources by 2020. Most often, that means wind or solar production.

The bill that would relax utilities’ requirements under 937, sponsored by Sen. Doug Erickson, R-Ferndale, would allow utilities to reduce greenhouse gases to offset the 15 percent requirement. Called “carbon-reduction investments,” the utilities could get credit by purchasing equipment such as electrical vehicle chargers or by paying people to switch their vehicles from gasoline to natural gas.

Rep. Jeff Morris, a Mount Vernon Democrat who sponsored the solar bill, confirmed in an interview with InvestigateWest that he has been working with Ericksen. The two are chairmen of the key energy committees in their respective houses – so they could make or break a deal to get the two bills through a divided Legislature.

The carbon-reduction bill, favored by most utilities, passed the Senate March 9 and is waiting for action in Morris’ committee, the House Committee on Technology and Economic Development. The solar bill, which was revised (and changed numbers from HB 2045 to HB 1912), has yet to move out of the House committee.

When Republican Ericksen addressed Morris’ Democrat-dominated committee in March, he said the goals of his energy plan were “to keep energy prices low, to create manufacturing jobs here in Washington state and, in the end, to be able to reduce carbon.”

He said Morris’ solar bill and his to give utilities relief under 937 “can go forward together to accomplish some good things.”

Morris said he has talked to Ericksen about changes to the carbon-reduction bill that might gain support among Democrats. For example, Morris said he had the votes in his committee to allow utilities, which Ericksen is assisting, to get credit toward 937’s clean-energy goals by making improvements to the hydropower systems, which are their workhorses. But Ericksen would not go along with that.

In an interview with InvestigateWest, Ericksen said he was open to amendments, but not to changing the intent of his bill, as Morris proposed. Ericksen said both the solar bill and the changes to I-937 should move forward together.

“I think both pieces of legislation would be good for Washington state,” he said. “We have the votes for both bills in the Senate.”

Morris said if he can’t persuade Ericksen to change his bill, he won’t be able to obtain support from the Democrats that dominate his committee. In fact, Morris said he would be surprised if he could round up a single vote for the legislation as written.

Utilities, especially those in rural areas, strongly support the carbon-reduction bill to relieve them of the requirement to buy solar or wind power or otherwise build new facilities.

Randy Rey, representing public utility districts in Benton and Franklin counties, said the utilities are being forced by I-937 to contract with wind farms for power not needed by utility customers, since the utility has access to existing hydropower, a low-carbon power source Wind energy requires a natural gas backup, he said, so the utility is actually increasing its carbon footprint. Money spent for wind power could be better spent on other conservation projects, he added.

Environmentalists argue that the initiative has been successful in shifting the state to clean energy and reducing harm to the environment, and it should not be watered down.

Nancy Hirsh, executive director of NW Energy Coalition, said many of the carbon-reduction measures allowed by Ericksen’s bill — such as switching ferries from diesel fuel to liquefied natural gas — have nothing to do with the production of electricity. They would better fit into a clean-transportation bill, she argues.

Meanwhile, the solar bill has left observers on all sides fairly confused about some of the critical details. A key question is whether “net metering” will survive in Washington state.

Net metering essentially allows consumers with solar power to sell excess electricity back to the grid at retail prices. In a true net-metering installation, the meter runs backward when the system is producing more energy than what is needed to serve the home. If the meter runs backward more than forward over the course of a year, the homeowner pays nothing for electricity.

Net metering is popular with owners of solar equipment, but utilities complain that solar owners are not paying the full costs of maintaining power lines and other electrical equipment. Solar owners, they argue, are using the grid as a free battery to store their excess power.

Right now, consumers who install solar power can receive cash payments from the state and take advantage of net metering. As written, the solar bill provides the cash incentives for 10 years. But those who accept the incentives would not be eligible for net metering beyond any single billing period. In other words, excess solar generation in sunny summers could not offset consumption in overcast winters.

During Wednesday’s hearing, Morris said he has proposed an amendment to remove that provision and preserve net metering. It was among a pile of amendments that Morris delivered after he submitted the revised bill.

It’s no wonder there is confusion, said Hall of Renewable Northwest after testifying against the bill as it stands: “It’s hard to know what the bill looks like when we have eight amendments to deal with.”

Dave Warren, director of energy services for the Washington Public Utility District Association, said net metering would not be a serious problem for utilities under the current law, since they can stop hooking up solar equipment when solar power exceeds 0.5 percent of the utility’s total generation. No utility has reached that threshold.

Statewide, about 6,500 solar units are enrolled in the incentive program. In 2014 alone, solar electric generation increased by 25 percent, according to Washington State University Energy Program.

“If we get a solar boom, a lot of utilities may bump up against the half-percent cap,” Warren said, leaving potential solar owners disappointed that they cannot hook up to the grid.

Warren said a concept he is promoting with Morris is for the state to pay the entire cost of a solar installation with 10 years of incentives. As a result, net metering would not be needed to help the consumer pay for equipment, and the utility could then buy and sell power to the homeowner at going rates.

To win utilities’ support, Morris changed his bill to make consumers choose either net metering or the cash payments. Until both are offered again, environmental advocates and leasing companies remain opposed to it.

“The provision that eliminates net metering is a shameful provision and wildly out of step with Washington’s values,” declared Bryan Miller, co-chair of the Alliance for Solar Choice, which represents some of the largest solar leasing companies in the U.S.

The alliance is running a letter-writing campaign against the bill, saying it would make Washington “the most anti-solar state in the country” — and nothing Miller has seen in the revised bill has changed his mind.

Leasing companies would not be regulated for the lease rates they charge. But the law would require them to comply with special consumer-protection provisions — including disclosure of specified information to be included in any leasing contract.

Under the solar bill, utilities would be allowed to buy and lease solar equipment to homeowners. Warren, who represents public utility districts, said it is more likely that his members would choose to own the solar equipment outright and pay rent to install it on people’s roofs.

New installations would not be approved during any two-year period when it appears the total cost of incentives will exceed a limit, proposed at $19 million for 2015-2017. To qualify for incentives, new systems must be certified by 2020.

While the old incentives were much higher than the new ones, the cost of solar equipment has come down considerably since the old rates were established in 2005.

The cost for a typical 4-kilowatt system installed today is about $12,000, compared to about $28,000 in 2008, according to Jeremy Smithson of Solar Installers of Washington, a statewide trade association.

Smithson said his organization has looked at the incentive numbers and supports Morris’ revised bill, with some additional revisions that he believes will be approved.

The solar bill also requires a legislative audit in 2019 to see if the new program is meeting these goals: