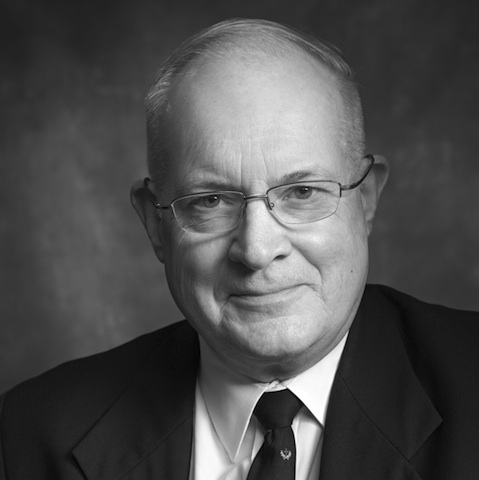 Dr. Michael Copass, whose famously crusty persona and exacting standards in the emergency room inspired equal parts dread and admiration among generations of medical students, residents, nurses and paramedics-in-training, sat down with InvestigateWest’s Carol Smith to talk about Medic One – the emergency response system he helped pioneer, and how it is responding to the epidemic of overdose deaths in King County.  Over the nearly four decades he was director of Emergency Services for Harborview Medical Center, the region’s Level 1 trauma service, Copass acquired a legendary status for his fierce devotion to patients and his high bar for those under his command. Paul Ramsey, dean of the University of Washington School of Medicine, once referred to him as a “cross between General Patton and Albert Schweitzer.” The Medic One model of emergency response, which began in the late 1960s, is now emulated around the world. Copass, who retired from Harborview in 2008, remains medical director of Medic One.

Smith: I think the lay public confuses Medic One vehicles with ambulances, and we use the terms interchangeably. What kind of equipment is different on a Medic One versus a private ambulance?

Copass: Private ambulances carry comfort equipment – oxygen, suction gear. A Medic One unit basically is an under-stocked ER. (It has) two defibrillators — one on active duty, one on reserve.  It has individuals trained at the 2,800-hour level of education versus individuals who are trained at 120 hours.

You could say the fire department has actually carefully and quietly changed its colors – it’s still red, still has big strong men and women who lift loaders and run down the street with hoses, but 80 percent of their business in the suburbs, or in the residential areas, is medicine – 65 percent overall.

When you think about it, it’s a well organized plan to deal with a critically ill person. The shock troop is the engine and the reserve troop and the sweep troop is the medic unit.

Smith: How did Medic One get started?

Copass: Medic One began as an experiment to see whether early care of myocardial infarction changed mortality and morbidity. Ten or so people were trained to do doctor-like skills and sent out into the street whenever anyone had called and said they had chest pain. And it was discovered that if they could start CPR within five minutes of receipt of call, that about 40 percent of the number of people could be resuscitated and taken to the hospital.

So suddenly, it was obvious that you could treat a previously untreatable condition that occurred only outside of hospital with hospital-based techniques moving to the patients.

And it grew pari passu – suddenly we were taking care of injured people, obstetrics, people in respiratory failure to the point now where we have seven medic units, and about 70 medics, who respond roughly 20,000 times a year or so to individuals who call 911.

If in fact an individual collapses on the street right in front of us and a citizen witnesses it and starts CPR, the likelihood that person will be resuscitated in the field approximates 80 percent and the likelihood he’ll go home is about 50 percent. That’s almost the same as in the county. The county and the city follow each other like puppy dogs wagging their tails. Can’t be beat anywhere in the country except for a small town in Minnesota.

Copass: We respond the majority of time to people with chest pain, but about 20 percent of those are really in significant crisis (acute heart attacks.)

Ten percent of the time, we’re dealing with overdoses.  Ten to 15 years ago, a majority of those overdoses were prescription drug overdoses in terms of sedatives, tranquilizers, major antipsychotic medications.  Now a majority of that is street medicine, so street drugs. Or drugs that are obtained on the street and used on the street — heroin, methadone, OxyContin etcetera. And a minority are people who are suicidally intent and wish to commit suicide.

Smith: Of those we’re calling street drugs, some percentage of those are pharmaceuticals?

Copass: In this town right now, a majority of significant intoxication we see on the street is heroin. And second is methadone, or methadone and heroin in combination. Five years ago, it was cocaine. Ten to 15 years ago, it was Ritalin. So we’ve moved from stimulants to sedatives. The availability of heroin and methadone makes it right now a premiere drug.

We have less trouble on street with so-called prescribed illicits — the OxyContin, Vicodin activity — than people talk about in the Midwest and on the East Coast and in the South.  Doesn’t mean it isn’t a problem. Just that we see more commonly mixed heroin methadone and maybe Percosets and Vicodins et cetera.

Smith: There’s a movement starting here in King County to make Narcan more available to people likely to witness an overdose — citizens, essentially. What are the pros and cons?

Copass: In looking at intoxication business as a public health activity — you see bright young people, and that’s what happening here, say — what might be a solution to this really significant problem? It’s costly to take care of a heroin overdose. Bring them to the hospital and it’s $2,500 plus or minus a few, and more likely than not, it’s not compensated, so it’s a write-off for the hospital.

And many of the heroin intoxications, not all, but some, may occur in the presence of friends — which we probably ought to put in quotes — so it might be a shooting gallery or other activity where heroin is being used. The thought was if we could make Narcan available to somebody in that room who could administer it to someone in that room by some means — usually by giving a puff up the nose — that individual could reverse the significant respiratory depressing effects of the heroin, and people would be in less need of the fire department or significant medical resource. The resources are called in when the individual isn’t breathing, or looks like he’s not gonna breathe.

From the point of view of being able to reduce the stress and strain on hospitals, that would have a good effect.

It’s not without its bad side. Its bad side is an individual in medical need who is using heroin — who has endocarditis, who has infection of a heart valve, who has significant pneumonia, who has Hepatitis — would be less likely to seek medical need because he knows someone in the room will simply reverse his respiratory depression with some Narcan. So there’s two sides to the coin.

But, it’s a novel idea. It’s an attempt to say, what can we do to reduce the significant load on facilities and at the same time keep people safe.

Smith:  How much training would a lay person need to administer Narcan correctly?

Copass: The medic starts an IV and calls a doctor and says I’d like to give this individual some medicine that reverses his respiratory depression, so it’s a medically-appropriate activity. And then the individual wakes up with an IV in his arm and usually curses the medic for spoiling his high, and is trucked off to the hospital.

The individual in the community – as I understand it, it would be dispensed in a nasal insufflation activity – so basically put a little sponge in your nose which occludes your nostril and gives a puff, and like Santa Claus, up the chimney it goes . . . you wake up and you can settle back in with your friends and enjoy perhaps a sense of lassitude, but at least you’ll be breathing.

Smith: So would the idea be that after a layperson administers it, that the appropriate thing would be to call 911? Or not necessarily?

Copass: I think in some circumstances, people will be frightened enough by the absence of breathing so that 911 would be called. . .

The question is what do we then do? Do we leave that individual at home, or do we take them to the hospital? It’s gonna be an interesting decision because we have a precedent to a certain extent. We see a lot of people with insulin-dependent, or oral-agent dependent diabetes, and if their sugars have gotten too low because have been neglectful, or too busy to eat, or been sick and not able to eat, they frequently become unconscious because the insulin works, but the sugar not there to be used in the cells.

We respond and they wake up and we say, OK you can say at home if mommy will make you a peanut butter sandwich – mommy means the next-door-neighbor, the husband, the wife – someone who can make sure this individual stays fed. Well, we do that on a regular basis because, again, it’s a really prudent thing to do.

So you have a precedent for saying, if there’s someone in the room who can watch this guy for the next 40 minutes or 20 minutes — because Narcan gonna work for about 25 or so minutes, and heroin’s going to last a little bit longer . . .But if the room seems to be less than attentive, or if the room is (filled with) people who are also nodding off, then you have no choice to take them to hospital.

In the long run as we might become more familiar with it, I think we become more confident in our ability to choose between those who can stay at home and those who can’t. I think airing on the side of conservatism to begin with is probably a prudent thing to do.

Smith: I think it was Caleb Banta-Green I was talking to at UW, and he thought there were about 40 to 50 responses to overdoses a month in King County. Does that sound about right?

Copass: That’s about right. It’s a very interesting market  — when the market for heroin is high and cost is low, the numbers go up. What happens at that point in time, somebody else moves in and drops the market even lower with another chemical, so the heroin overdoses fall off as people shift to another drug.

It’s a little like the old days when Chrysler and Ford and General Motors were trading car prices.

Smith: As OxyContin and those kind of pharmaceuticals have become less available with the new law Caleb’s expecting to see a bump in heroin deaths. Are we seeing that trend start?

Copass: We haven’t seen the trend start, but it will follow, pari passu. We’ll be behind the power curve in seeing it, but it’ll be there – the death people will see it before we do.