What happened to one young woman who reported being sexually assaulted on a college athletic club trip illustrates a culture of indifference and denial that permeates this issue, a report by InvestigateWest has found.

Emily Lorenzen turned to administrators for help, but found a lack of concern and a desire to protect the university, she says, and claims the college investigation and disciplinary process victimized her again. But the experience spurred her father, then head of the board of higher education in the state of Oregon, to begin making changes in that state that could have long-ranging impact for young victims like Emily in the future.

InvestigateWest journalists also tell the stories of other victims who sought help on campuses in the Pacific Northwest, and of a growing trend in which alleged perpetrators sue for damages after being accused. With one in five college women sexually assaulted, according to a federal study, it’s a problem that must be addressed.

“Our reporting found that often young women and their families go through a frustrating search for justice,” said Rita Hibbard, executive director and editor of InvestigateWest. “With sometimes unclear and conflicted college disciplinary systems, the original injury can be compounded and lives can be derailed for years to come. We hope that as more light is shed on this issue, stronger and better solutions will emerge.”

This story sexual assault story marks one of the first significant collaborative efforts from the Investigative News Network, a coalition of some two dozen nonprofit news organizations dedicated to watchdog journalism. InvestigateWest's piece is part of a larger package from the Center for Public Integrity  that includes  localized campus assault stories from four other members of the network –  the Wisconsin Center for Investigative Journalism, the New England Center for Investigative Reporting, Texas Watchdog, and the  Rocky Mountain News Network. NPR also contributed a five-part series to the project.

InvestigateWest's work ran on the Seattlepi.com, was published in the Spokesman-Review in Spokane and aired on KUOW-FM in Seattle. 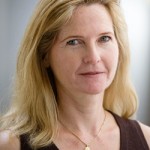 These stories illustrate the power of working together. Many of the young women whose stories are told here initially thought they stood alone; when their voices are joined as they are in a project of this magnitude, the scope of the problem begins to be visible. Read this groundbreaking work here, and remember that without your support for independent investigative reporting, this kind for work cannot be done.

As an example, here's a innovative example of how students at one university are spreading the word. This video was used in our project.

"This impressive package of stories shows both the power and potential of INN and its collaborative efforts," said Brant Houston, chair of the network's steering committee. "Through these shocking stories of campus sexual assaults INN is demonstrating how it can expose the magnitude of a problem throughout the nation."

The network was formed last summer following a three-day meeting of mostly nonprofit investigative journalism groups in New York. The mission of the network is to facilitate the work and public reach of its member organizations, to foster high-quality, original investigative journalism, and to hold government and corporate power accountable at the local, national, and international levels.