Latino drivers are charged for driving-related crimes at rates higher than their white counterparts. This visualization demonstrates the disparities. 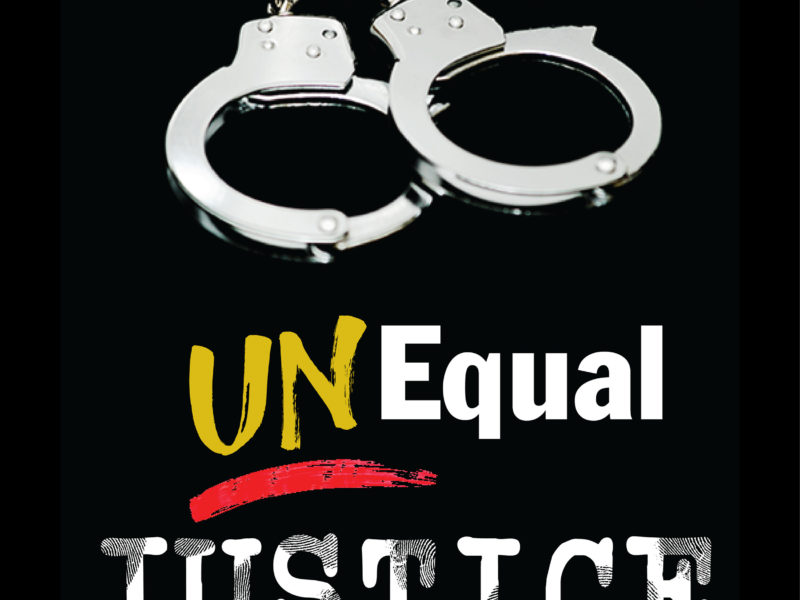 No Record on Race

Meters for homeless people? Not those kind of meters

When news that a dead gray whale had washed up on the shores of Puget Sound in West Seattle recently, its stomach full of human trash, I immediately thought of a series of stunning but horrific photographs I had recently experienced — Seattle photographer Chris Jordan’s work on the albatrosses of Midway Island who unintentionally kill their newborns feeding them our brightly colored garbage.The gray whale was dead, but had been in good health. A bottom feeder, it had ingested about 20 plastic bags, surgical gloves, plastic pieces, a pair of sweat pants, a golf ball, and other cast-off bits of our lives. It was the fifth dead gray whale to be found in two weeks on Puget Sound, according to the Cascadia Research Collective.  Several of those whales were malnourished. The photo above, by Cascadia Research of Olympia, WA,  shows researchers near the whale.Jordan’s photographs show image after image of albatross chicks who have died after their parents have flown out over the ocean, bringing back deadly “meals” stuffed in their own beaks. The adult birds cannot distinguish between the plastic floating in the ocean and real food they need to feed their babies. As Jordan writes on his Web site:

It’s historic. And it’s over.What’s amazing is that it took so much vitriol. But change always does. Especially social change.I need look no farther than my own extended family, where two members with a recent history of cancer, unlikely to ever get insured on their own dime without health care reform because of those pre-existing conditions, vehemently opposed the idea of health care reform. Somehow, they had been persuaded by the right that  it was in their interests to be against the very idea of reforming the health insurance system, ignoring the fact that the health care lobby fought hard and donated big to preserve the status quo.That’s a position understandable for those safely ensconced in the shelter of a larger corporation who can count on not losing their jobs (whoever they are), or for those on the public payroll who can count on not losing their jobs (another pretty small group, I would think) , but one of these family members was recently laid off, and the other is unable to work and uninsured because of his illness. Yet the ire and bile of the fight was so extreme that they were unable to see their own benefit in health care reform. Instead, they see health care reform as a move toward socialism, as un-American. Even though implementation of health care reform offered direct benefit to both of them, they vehemently opposed it. Many of those in support of health care reform perhaps failed to appreciate the depth of that opposition.Of course, most of those protesting health care reform had health care coverage. They were the easy ones for the right to fire up. Many of those interviewed at anti-reform rallies were on Medicare (a government plan) or were well-covered by their employer, as are most Americans.

Putting together health care reform with holdouts and back benchers

It’s a dizzying, high wire act that’s now on display in Washington, D.C. It’s called putting a health care reform bill together. And just watching it happen is crazy-making. The vote could come as soon as this weekend.President Obama is trying to rope them in – bringing together holdouts like abortion opponents who fear the bill expands access to abortion, and liberals arguing the bill does not go far enough to expand access to health care, in support of historic reform that could overhaul the nation’s health care system. And keeping track of the moving parts is a full-time job. But the parts are moving. A key Democratic holdout, Rep. Dennis Kucinich of Ohio, became the first liberal opponent of the House bill to announce support for the more restrictive Senate legislation, the Los Angeles Times reported. At the same time, a key anti-abortion Democrat, Rep. Dale E. Kildee of Michigan, said he also would support the bill."If I can vote for this bill, there are not many others that shouldn't be able to," said Kucinich, a leader of the movement to provide universal healthcare by offering the Medicare program to all Americans. Among social conservatives, the legislation won an important new endorsement from dozens of leaders of Catholic nuns, including a group that says it represents more than 90% of the 59,000 nuns in the United States. That contrasted with the staunch opposition of the U.S. Conference of Catholic Bishops, which issued a statement Monday arguing that the bill would not adequately guard against using federal funds for abortion. The nuns disagreed, and so did a retired bishop.

Students in Seattle, Bellingham, Olympia, Portland, Berkeley and in college towns across the nation Thursday raised voices and waved protest signs against rising tuition and fees that threaten access to higher education.It was called a "National Day of Action." It was bigger on some campuses, where hundreds turned out, and smaller on others, like Bellingham, where only about 20 students turned out. Nationally, tens of thousands of students protested. In photo at left, seniors Lauren Yee (left) and Tessa Marcovitch march with other protesters across the Western Washington University campus. In lower photo, junior John Morgan protests budget cuts to financial aid. Photos by Lillian Furlong for InvestigateWest. At Portland State University, about 200 students came out to protest. At the University of Washington, where students paid a 14 percent tuition increase last year and face another 14 percent hike this year, hundreds turned out.In Bellingham, Western Washington University student Tessa Marcovitch is graduating in June, but said she joined the protest because she "wants the next generation to have a chance to get an education."John Morgan, 20, joined the Bellingham protest to add his voice to those in opposition to budget cuts to financial aid. Students at all public colleges and universities in Washington face potentially stiff tuition increases next year, with looming and as yet unfilled budget deficits.

With a couple of Washington and Oregon state cheese recalls fresh in our memories this month, and a history of fatal E. coli poisoning that swept through a Washington state fast food chain in the 1990s, we should pay attention to a new report that food-borne illnesses such as E. coli and salmonella cost this country $152 billion annually in health care and other losses.

The report, from the Pew Charitable Trusts, is much higher than the earllier figure of $35 billion reported by the Agriculture Department in 1997. The illnesses sicken some 76 million people annually.

Include in that list a college student from South Carolina, hospitalized for a week in May after developing an E. coli 0157 infection from eating a bite of packaged chocolate chip cookie dough. That strain of bacteria can cause severe illness, kidney failure and even death. The suspected source of contamination: flour, and the company, Nestle, recalled the refrigerated product after illnesses in 28 states, the Wall Street Journal reported.

Not all are so lucky as college student Margo Moskowtiz. The government estimates that 5,000 of those who become ill die.

New food-safety legislation would give the federal Food and Drug Adminstration new powers to enforce food safety laws and prevent food contamination. The House has passed a new food safety bill, and the measure awaits a full vote in the Senate.

If a school is failing, how do you fix it? Can you fix it without admitting anything is wrong with the teaching? How about the leadership? The district administration? The parents or the students? Whose fault is it anyway?Schools on a list of the state’s lowest performing schools are in line to get some big federal dollars. President Obama this week announced he has $900 million in new federal grants available to school districts willing to take aggressive steps to fix their struggling institutions, or close them. That $900 million is on top of $4 billion in federal grants in the “Race to the Top” fund aimed at improving education nationwide. That program will make about $50 million available to Washington schools judged to be among the lowest 5 percent in student achievement. Obama said the new federal aid would be available to the districts that are home to the 2,000 schools that produce more than half of the nation’s dropouts. But the fix has to include some big admissions of failure – the school districts must agree to take at least one of these steps: firing the principal and at least half the staff of a troubled school; reopening it as a charter school, which is not legal under Washington law; or closing the school  and transferring students to higher performing schools in the district. According to a story in the Seattle Times, the Tacoma Schools superintendent is proposing to close one middle school, replace the principals and at least half the staff at two others, and transform the fourth.

The recent death of SeaWorld trainer Dawn Brancheau  has focused attention once again on the issue of whales in captivity.
Many Washington residents don’t know the happy ending to the tragic story of whaling captures in Puget Sound that once netted dozens of whales for SeaWorld performances.
It was the intervention of former Washington Secretary of State Ralph Munro, then aide to Republican Gov. Dan Evans, that helped put a stop to the brutal captures that split apart whale families and pods and resulted in the collateral damage deaths of dozens of marine animals. Munro witnessed one of the captures in which aircraft and explosives were used, and subsequently filed a lawsuit that led to an agreement with SeaWorld to stay out of Puget Sound. That was in 1976, after the Budd Inlet whale capture that same year when six whales were taken captive.
Writing just a few months ago in the Olympian, columnist John Dodge, who was also on hand that day, described the experience:
The Munros were in their sailboat that day. They watched the violent whale capture and heard the whales inside and outside the nets, crying to one another in their little-understood language.
I was on the shoreline, a (Evergreen State College) student, working as a reporter for the Cooper Point Journal, and was struck deeply by those same eerie cries. Those sounds are etched in my memory and the Munros’ memories forever.
“When we went sailing and saw this accidentally, it changed our lives,” Munro said.