The sexual assault expert hired by Reed College last year has submitted his resignation with the elite private college still embroiled in turmoil over its sexual assault policies, a set of disciplinary procedures that the college itself recently determined were partially out of compliance with federal law.With Reed faculty joining their voices to a mounting student campaign for change, the college has already made changes in its polices to meet federal legal requirements. Kevin Myers, director of strategic communications for Reed, said additional policy changes are on the way. Some of those changes were announced to students Wednesday.The sometimes fierce debate on campus has caused clashes between students and administrators, provoked alumni, spurred graffiti and flyers on campus, and prompted guerilla theater in the college dining room. Though the college hired a sexual assault expert last year, in part to help navigate reforms underway since August 31, the expert, Pete Meagher, has told the college he is leaving May 31, with changes still pending.Fifty-eight percent of Reed College students signed a petition urging policy reform, presented to the college president, board of trustees and faculty and student governments April 22. Faculty also submitted a petition, saying the college may be inadvertently harming sexual assault victims through its policies, and some student victims and advocates think Reed is violating federal law.

Officials at Reed College say the institution is likely to loosen confidentiality rules surrounding sexual assault cases on campus, an idea that’s won favor with faculty, staff and students.The topic came under discussion Monday at a campus forum centered on Reed’s Honor Principle, the century old doctrine by which students conduct themselves. Though it’s separate from policies that govern the university, the Honor Principle is at the heart of Reed’s esoteric culture, which promotes free thought and experimentation, and allows students unique latitude to meter out justice through a Judicial Board.About 400 students turned out to Monday’s forum, where conversation with a slate of student, faculty, staff and alumnus panelists ranged from philosophical discussion to more practical matters.In the crowded Kaul Auditorium, personal expression ranged from purple leggings to dreadlocks, leather jackets to “Junior Statesman of America” t-shirts.Students bristled at the sight of a reporter, however, and pointedly noted the meeting was “private.” They refer to this community as “The Reed Bubble,” and allow few outsiders in. In a tight-knit group of 1,400, students show their school spirit with pride. But they feel besieged by recent media reports about the college.Since Reed College saw the first of two overdose deaths since 2008, its administration has faced pressure to tamp down on drugs, most notably from law enforcement.

A student member of Reed College’s Judicial Board has resigned over the school’s handling of sexual assault, and her public appeal to students and faculty to think critically about how the college is adjudicating sex crimes has inspired weeks of debate on the campus, likely to be central to a student forum April 4.Isabel Manley served three semesters on the private Portland college’s Judicial Board. She offered a personal critique of Reed’s handling of sexual assault in a letter in the school newspaper The Quest Feb. 11, in which she resigned.Manley’s resignation has stirred discussion on campus, subsequent letters to The Quest – including a formal response from faculty – and also prompted a group of 20 students identifying themselves as sexual assault survivors to issue a nine-point “manifesto” on sexual assault, outlining lapses in the college’s goal of providing resources to victims and offering solutions.

Three young women tell similar stories of being discouraged from calling police after reporting sexual assault to Reed College authorities, and of a campus investigatory process so intensely secretive one student was unsure she could even talk to her parents about it. The students’ allegations were not vetted by trained investigators or faculty, but by a student board without expertise in sexual assault.Former Reed administrator Lisa Moore, a licensed social worker, confirms she took one of the students to the health center when she came to her crying and saying she had been raped by a former boyfriend in January of 2009, but did not know the student was later turned away without an appointment. Moore has since left Reed and now works at Boston University, in part because of her inability to change the Reed system. None of the recommendations of a sexual assault task force she assembled has been implemented, she said.Two outside experts in how colleges handle sexual assaults criticized the system used by 1,400-student Reed, a highly secretive process based on a student Honor Code and enforced by a student Judicial Board, in which students act as a fact-finding committee and participants are barred from discussing their cases with anyone except a designated advocate, a procedural aide and medical professionals.

Emily Lorenzen knows her story of being sexually assaulted is a difficult one for people to hear. The petite 22-year-old isn’t bothered. She knows her listeners don’t know what to say.But they need to hear her words. It’s a story that has helped remake Oregon’s response to sexual assault on public university campuses and could galvanize reform at other colleges and universities throughout the Northwest.Lorenzen’s father is a former president of the Oregon State Board of Higher Education, and the chair of a subcommittee slated with retooling policy on how state schools respond to assault. In addition to strengthening state schools’ definition of sexual assault, the Oregon subcommittee is looking at tougher discipline for students who commit sexual assault, and widening school jurisdictions to handle assaults that take place off campus.A dad first, Henry Lorenzen is motivated. Four years after his daughter reported being raped while a student at the University of California at Berkeley, Lorenzen doesn’t want what happened to her to happen to students in Oregon or elsewhere. And it isn’t only the thought of the rape that haunts him. It’s what he sees as the lackluster investigation, the lack of sympathy, the lack of resources, and the disbelief with which Berkeley officials greeted his daughter that most trouble him.Berkeley officials say they are not indifferent to sexual assault, citing a range of campus programs intended to support rape victims.Arguing for a firmer definition of campus sexual assault at a Board of Higher Education meeting on Dec. 22, Henry Lorenzen blows the bureaucratic slumber out of the room. When he says that his daughter was raped at college, people stop shuffling papers. They look up. They sit straighter. They listen.

One reason the frequency of sexual assault on campuses continues to be high is that schools are in denial about the scope of the problem, say advocates and victims.“Universities tend to have fragmented reporting channels rather than a centralized system where a student knows to come to,” said Sarah Dunne, legal director for the American Civil Liberties Union of Washington.Women report incidents of assault in various ways. They may call the police, tell a friend or a faculty member, go to the sexual assault counseling center, or tell their doctor.A federal law known as the Clery Act, requires schools to report sexual assault statistics. But a data analysis by the Washington, D.C.-based Center for Public Integrity shows that there is a wide discrepancy between the official numbers universities report and the numbers seen by campus and community sexual assault counseling centers or other places victims seek help. That’s partly because a woman seeking aid through a campus counseling center may not want to report the incident.“We help them make a decision about what they want to do,” said Melissa Tumas, director of the Sexual Assault and Relationship Violence Information Center at the University of Washington, who sees about 160 cases a year, including stalking and domestic violence cases. About 40 percent of her case load involves sexual assaults. But unless the victim wants to press forward with either a police report or a university hearing, she will not disclose the incident.“I’m a confidential resource for them,” she said.

Lila Hobbs was a 20-year-old sophomore in 2007 when she reported having been sexually assaulted by a fellow student at Gonzaga University in Spokane Stunned, and feeling overwhelmed, Hobbs kept silent for a month. Finally, she sought counseling and decided to pursue justice through the school’s internal judiciary committee.  Like Hobbs, Stephanie S., who asked that her last name not be used, was just embarking on her college career in 2001 when she, too, reported a sexual assault, this one in a dorm room at the hands of a University of Washington athlete she had casually dated for a few months. Like Hobbs, Stephanie also kept quiet at first, scared and unsure where to turn for help. After confiding to a coach about six months later, she sought recourse through the school.Although their cases happened on separate campuses, separated by half a dozen years, the outcomes were similar, reflecting what often happens on college campuses across the country when students claim sexual assaults by other students.Both women say the schools’ handling of their cases compounded their trauma. Both point to insensitive handling that ranged from inappropriate questioning to, in Stephanie’s case, being required to go through mediation and sitting next to the man she’d accused. Discipline for the alleged perpetrators was light or nonexistent. The experience left both of them angered that students who suffer sexual assaults by other students are often left to bear the emotional, physical and financial consequences, while those responsible for their anguish walk away.

62 percent of sexual assaults are ‘drug-facilitated’ A majority of sexual assaults involving college students also involve drugs or alcohol. Advocates say this is one reason the prevalence rate of assaults continues to be high, and also partly why so few are ever successfully prosecuted.

Sexual violence on campus: not just a crime of men against women

Barriers to reporting sexual assault in same gender cases even higherSexual assault crosses all barriers, gender included, and same-gender assaults are not uncommon on college campuses, experts say, but the obstacles to reporting are even greater. 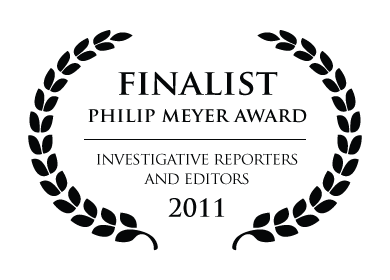 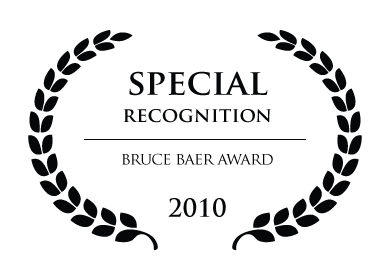