InvestigateWest is happy to announce the launch of its first collaboration with Patch, a network of online local news sites. A team of InvestigateWest reporters and photographers spent more than six months examining issues of family homelessness in Washington State. The resulting award-winning Generation Homeless project looked at family homelessness through the lens of young adults – one of the most under-recognized segments driving the surge in homeless families in Washington, as well as the impact of this trend on children and school systems around the state.Joining us in localizing this effort even further is Patch, a network of online local news sites. Patch reporters and editors dug even deeper at the local level to see how this disturbing trend is playing out in school communities throughout King, Pierce and Snohomish Counties.Edmonds Patch, for example, drilled down to see how an underfunded federal mandate to provide transportation for homeless students is affecting the school district’s budget.Enumclaw Patch looked at the difficulties schools face in tracking and identfying homeless familes in order to provide services.Kirkland Patch looked at what it’s like for kids to be homeless on the East Side.These and other stories to come this week demonstrate the power of linking investigative and community journalism. They take a big, nationwide issue, and show how it is hittng each of us, where we live.

Editor’s note:      The following is an updated version of a story about homeless students in school districts throughout the state, including the most recent data collected by the Office of the Superintendent of Public Instruction. ..;.. For updated information on each district, see interactive map.For updated information on each district, see interactive map.By Carol SmithInvestigateWest School districts around the state are grappling with how to help growing populations of homeless students, even as budget cuts further slash their ability to meet their federal obligation to do so.Under the federal McKinney-Vento Act, school districts are required to identify and report homeless students and to guarantee those students transportation so they can stay at their original schools even if they have been forced to find emergency shelter outside the district. The districts are required to track how many students are living in motels, doubled up with relatives, in cars or in shelters.Being homeless can affect how children learn, can lead to depression, and can be misdiagnosed as learning disabilities, labels that stick with a child for years.

The truest victims of homelessness are young children, who have no control over the decisions that put them there, and no power to change their circumstances.The typical homeless families in the country are headed by young women in their 20s, typically with two children. Nearly half those kids are under age five.The consequences of homelessness can be devastating and long-lasting for young children. By age eight, one in three homeless children has a mental health problem that affects their functioning, said Karen Hudson, social worker with Children’s Hospital of Philadelphia and a national expert on homeless children.More than three-quarters of homeless children under age five have developmental delays. And nearly 40 percent exhibit emotional and behavioral problems, she said.  These early problems can set the stage for problems, including homelessness, later in life. Surveys have noted that more than one-quarter of homeless adults experienced homelessness when they were young.Children who lack stable housing face a host of challenges that stress their developing systems, including lack of sleep, hunger, fear, and increased levels of stress hormones such as cortisol, which can wreak havoc on young brains.Sleep deprivation or disruption can make a child look and behave as though they have severe behavioral problems such as oppositional defiant disorder, said Dr. Ben Danielson, medical director of the Odessa Brown Children’s Clinic of Children’s Hospital and Medical Center in Seattle.The symptoms that result from the stress of homelessness, can include anxiety, depression, extreme withdrawal, poor concentration or various forms of “acting out,” such as tantrums.“We see attachment disorders, big time,” said Danielson.Serious mental problems can go untreated because they are difficult to diagnose.“Depression can look a lot different in kids,” said Danielson. “A child might not say,

School districts around the state are grappling with how to help growing populations of homeless students, even as budget cuts further slash their ability to meet their federal obligation to do so.Under the federal McKinney-Vento Act, school districts are required to identify and report homeless students and to guarantee those students transportation so they can stay at their original schools even if they have been forced to find emergency shelter outside the district.Being homeless can affect how children learn, can lead to depression, and can be misdiagnosed as learning disabilities, labels that stick with a child for years.“The main goal of identifying kids is so they can stay in their school of origin, so they have consistency with their peers, teachers and educational progress,” said Melinda Dyer, program supervisor for Education of Homeless Children and Youth for the state Office of Superintendent of Public Instruction. That means providing cabs, bus passes, or other means of transportation for kids, even if it means they are commuting up to an hour and a half a day to school.It’s up to individual school districts to squeeze that transportation money from their own budgets. “There is no pot of money for homeless students,” said Dyer. “It’s a big burden for districts.”In the 2008-09 school year (most recent year for which data available), schools reported 20,780 homeless students statewide, up from 8,141 in the 2003-04 school year.Of the 10 districts with the highest numbers of homeless students in the state, seven reported increases from 2006-07 to 2008-09. Bellingham, for example, was up 84 percent, Shelton, 39 percent, and Wenatchee, 18 percent.

Voices from the Street: a video presentation

Voices from the Street

About the ProjectInvestigateWest’s “Generation Homeless” project was made possible by a fellowship from Seattle University. Reporter Carol Smith was a 2010 recipient of SU’s Center for Strategic Communications Family Homelessness Fellowship for independent public interest journalism focused on homelessness. Seattle University’s program was funded by a grant from the Bill & Melinda Gates Foundation. There were six fellowships and eight scholarships awarded to journalists and students to pursue work on this topic.Smith teamed with SU students Emily Holt and Cassandra Little, who interned on the project. Together, the IW team spent more than three months examining issues of family homelessness in Washington. Their multi-media series looks at family homelessness through the lens of young adults – one of the most under-recognized segments driving the surge in homeless families in this state, and at the impact of this trend on children, and school systems around the state.  IW’s multi-media report includes a 9-minute radio documentary, five-minute video piece, interactive data map, and distribution of written stories to multiple media partners, regionally and nationally for online and print publication.Click on this link to hear Smith’s piece produced for news partner KUOW-FM. The piece was the focus of  KUOW’s talk show “The Conversation,” on Oct. 18 and was aired in the station’s news cycle all day on Oct. 19. The story was in the lead position on Oct. 18 story on Seattlepi.com. The story ran Tuesday, Oct. 19 as the lead story on AOLnews.com, where it drew a large readership.

Shelters for young adults in King County are turning people away in record numbers as unemployment escalates and housing costs continue to be out of reach.This surge in demand for shelter reveals a new face of homelessness, one fueled by the legacy of a failing foster care system and young people stranded by the crack epidemic of the late 1980s.Tony Torres, 22, managed kidney failure and weekly dialysis treatments while homeless for four years. He recently obtained temporary housing. Photo by Mike Kane/InvestigateWestSome of those young people are now having families of their own, and without resources, are winding up homeless. Families are the fastest-growing segment of the homeless population. Yet the group driving this trend – young adults ages 18-24 – is generally under-counted and under-represented when solutions are envisioned. Relatively few resources are being directed to prevent them from producing new generations of homeless families.One of the most disturbing legacies of homelessness is that it can be handed down from parent to child. Children who experience homelessness growing up are more likely to experience it as adults.Casi Jackson is part of the problem, and part of the solution. At work at a homeless outreach center on Seattle’s Eastside, she shifts her daughter, Tiana, 7 months, on her hip and juggles a cell phone in her other hand while she fields a call from a scared-sounding mom with  no place to sleep tonight. Slender, with long curly hair, and an unflinching manner, Jackson is matter-of-fact on the phone, and sounds older than her 22 years.  She knows what it’s like to be staring down a night without shelter.Homeless families are typically headed by young women with young children.

Tirth Raj Pokhrel, right, sits at a computer while working his English speaking skills during an ESL class at ReWA (Refugee Women’s Alliance) in Seattle. Pokhrel, 42, is a Bhutanese refugee. (Joshua Trujillo, Seattlepi.com) InvestigateWest interns Emily Holt and Cassandra Little, both 2010 graduates of Seattle University, spent three months working on a project about family homelessness as part of Seattle University’s Journalism Fellowship on Family Homelessness. Seattle University received funding for the fellowship from the Bill & Melinda Gates Foundation. InvestigateWest’s full project on family homelessness will be published this fall.InvestigateWest reporter Carol Smith worked closely with Holt and Little as they developed sources. Smith, who has years of experience reporting on complex social issues, mentored the Seattle University fellows as they explored different aspects of homelessness. Their work took each of them into the field where they spent hours observing and interviewing subjects for their stories. Here’s a look at some of their work:By Emily Holt InvestigateWestTirth Raj Pokhrel pushed his resume across the table like anyone else in need of work.For the 42-year-old Bhutanese refugee, the hope of employment was a lifeline that could mean the difference between keeping a roof over his family’s head, and homelessness. 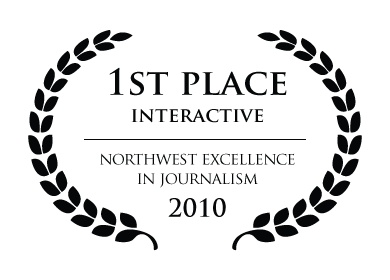 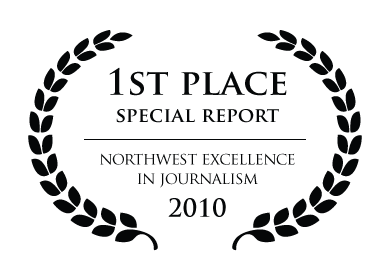 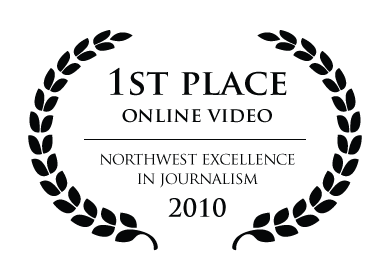