By Robert McClure and Sergio Olmos | October 1, 2019
With Crosscut

Ardagh Group, a multinational glass-recycling firm in south Seattle that has a checkered environmental past, is looking to renew its lease on 17 acres along the Duwamish River. The King County Council faces a tough decision as it weighs the company’s environmental history against its role as a major employer in the region, as well as King County’s only glass waste recycler.

Bigger cleanup, but no end to fishing restrictions on the Duwamish

Seattle’s biggest toxic mess is going to take more cleanup than previously thought, federal officials said Tuesday in releasing their plan for the Duwamish River Superfund site. But when the cleanup is finished, people will still be warned against eating seafood from the river, officials acknowledged. The U.S. Environmental Protection Agency’s final cleanup plan boosts by one-fifth the amount of river bottom to be dredged up and hauled away. In a draft plan released last year, EPA said it would require 84 acres of contaminated river bottom to be removed, while the final plan released Tuesday would expand that to 105 acres. The cost for the remaining work increases from $305 million to $342 million.

The U.S. Environmental Protection Agency today issued its long-awaited final decision about the extent of cleanup that will be required at the Duwamish River Superfund site — the biggest toxic waste site in Seattle.

How Government and Boeing Fought to Curtail Duwamish River Cleanup

After a decade of studies that cost millions of dollars, the time had come for the people living around Seattle’s biggest toxic mess to tell the government what a cleanup should look like. On a spring night in 2013, Spanish-speaking residents of south Seattle approached a microphone that sat beneath the basketball hoop at the South Park Community Center. One by one, they envisioned a new future for the Duwamish River and the neighborhoods it passes through. Today those neighborhoods of South Park and Georgetown are home to some of King County’s highest rates of hospitalization for childhood asthma. Locals regularly fish the river, despite government prohibitions due to high levels of toxic chemicals in seafood caught there.

With focus on toxics, Duwamish cleanup could leave other health problems unsolved

A view of downtown Seattle over the Duwamish WaterwayPaul Joseph Brown/InvestigateWestIf the U.S. Environmental Protection Agency isn’t going to ensure Seattle’s Duwamish River is clean enough for needy residents to fish there for their dinner, the agency needs to ensure those people get fish some other way – even if that means supplying seafood through food banks. Or building clean urban fishing ponds. Or giving people shares in a seafood cooperative akin to a community-supported-agriculture operation.That’s one thrust of a new report by health advocates commenting on the EPA’s proposed cleanup plan for the heavily polluted Duwamish, the first such “health impact assessment” on any Superfund site. The study also warns against potential gentrification of the riverside South Park and Georgetown neighborhoods; authors say a cleanup could hasten the already obvious demographic shift in the South Seattle neighborhoods, with wealthier and whiter residents edging out lower-income people unable to weather rising housing costs.Read the full Advance Health ImpactAssessment ReportIn all, the study touches on a broad array of the cleanup plan’s potential impacts, including effects on tribal identity, the labor market and family downtime.These seemingly disparate observations and recommendations are embodied in a report released this week that challenges EPA’s traditional definition of health in past Superfund cleanups, one that focuses strongly on cancer-causing pollutants. This new study advocates adding social, cultural and even spiritual aspects of health into the mix.The report zeros in on the four most affected populations – local residents, Indian tribes, non-tribal fishermen and local workers – to examine the potential unintended consequences of the agency’s plan on the very people it’s designed to help.Residents are “worried that after they’ve worked so hard to clean up the river, they won’t be able to stay and enjoy the benefits,” study co-author Bill Daniell told the Seattle City Council during a presentation Monday.

A May 13 report by health advocates cautioned that an exclusive focus on toxics in EPA’s cleanup of the Duwamish River Superfund Site would overlook multiple other heath risks faced by the people who live, work and fish in South Seattle.This Health Impact Assessment is an advance version published ahead of the June public comment deadline.

Debris along the Duwamish River.Credit: Paul Joseph Brown/InvestigateWestThe residents of south Seattle’s 98108 ZIP code, some living cheek-by-jowl with the Duwamish River Superfund site, face a high degree of environmental health threats and are likely to live sicker and die younger than residents of other Seattle neighborhoods, says a new report by two nonprofit groups.Researchers studied 10 representative Seattle ZIP codes and analyzed data to assign each a “cumulative health impact score” that considers pollution threats as well as socioeconomic and other factors. 98108 had the worst score of the ZIP codes studied, says the report by the Duwamish River Cleanup Coalition/Technical Advisory Group and Just Health Action.In this map from the report showing cumulative impact score by ZIP Code,a darker color indicates a higher score.The report admits that by focusing at the ZIP code level, the analysis may obscure even more worrisome threats affecting specific neighborhoods within the area, especially South Park and Georgetown.“Duwamish Valley residents are more likely to live in poverty, be foreign born, have no health insurance or leisure time, and are more likely to be sick. Georgetown and South Park residents have up to a 13-year shorter life expectancy (at birth) than wealthier parts of Seattle,” the report says.Researchers gathered data on number of indicators including the incidence of obesity, diabetes, high blood pressure, lung cancer and children with asthma; air pollution readings; the presence of sensitive populations of children and older people; hospitalization rates; availability of parks; and poverty rates.

A view of downtown Seattle over the Duwamish WaterwayPaul Joseph Brown/InvestigateWestBefore the U.S. Environmental Protection Agency submits its proposed cleanup plan for the Duwamish River Superfund site later this year, community health researchers are conducting a “health impact assessment” to figure out ways the cleanup could affect surrounding communities.During the upcoming spring and summer months, researchers from University of Washington, Duwamish River Cleanup Coalition and Just Health Action will determine how people along the river are likely to be most affected by EPA’s cleanup. An environmental cleanup of the magnitude to be conducted on the Duwamish will undoubtedly make the river cleaner and healthier for humans and wildlife, but researchers want to learn more about the potential impact on communities, both positive and negative.“We want to minimize the adverse effects and optimize the benefits for these communities,” said BJ Cummings, community health projects manager of the Cleanup Coalition.

The U.S. Environmental Protection Agency, saying south Seattle’s pollution-scarred Duwamish Valley needs help to sort through health and environmental problems, on Tuesday awarded a $100,000 grant to local groups to examine health risks and come up with strategies to improve conditions.The valley between West Seattle and Beacon Hill  encompasses the neighborhoods of South Park and Georgetown, which have disproportionately large minority and low-income populations, as well as the industry-packed Duwamish River. The river has been declared a Superfund site under federal law, meaning it’s one of the most-polluted sites in the country.The grant announced Tuesday is to examine health issues outside the immediate area of the Superfund site.  Across south Seattle, as InvestigateWest has documented, residents face a plethora of health issues, including toxic air pollution, the highest rate in King County of kids hospitalized for asthma, residents eating contaminated seafood, and the fact that the area is a “food desert” because of a lack of fresh groceries. A separate $50,000 grant will help the groups advise EPA about health issues related to the Superfund site itself.“With our partners, we will make a difference,” said James Rasmussen, executive director of the Duwamish River Cleanup Coalition/Technical Advisory Group, “… not just to make plans but to take action.”The grant is to:

Duwamish neighborhoods are a ‘food desert’ in foodie Seattle

Seattle has gained a national reputation as a haven for “foodies” – but there’s a “food desert” in its own back yard, ironically in an area that once helped feed a growing city.The area near the banks of the Duwamish River south of Seattle is where the founder of the Pike Place Market had his original farm. Today, some yards in that area are so contaminated with dioxins in the dirt, the health department advises residents not to grow their own gardens. It’s a place where waves of tribes and immigrants continue to fish the river as they have for decades, but where PCB’s in the river bed have made resident fish no longer safe to eat.After a century of industrial use, the lower Duwamish River now runs through one of the largest urban Superfund sites in the country. A recent examination of public health data by InvestigateWest revealed that residents who live in the vicinity face more chronic health problems than people who live in other parts of the county. Data show residents in the Duwamish communities are typically more overweight, and have higher incidence of diabetes and more deaths from heart disease. Life expectancy in the area is five years lower than for other, more affluent parts of King County, likely because of some combination of poverty, pollution, and lifestyle.And food lies at the intersection of all those problems. Affordable nutrition– or lack of it – is at the heart of many of the health problems facing residents in the region along the Duwamish. 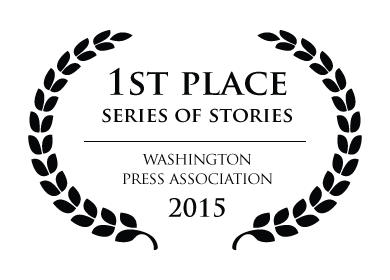 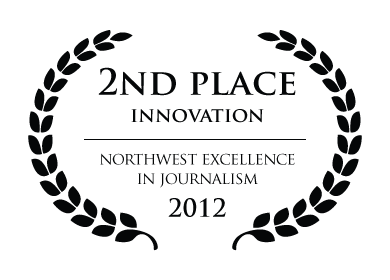 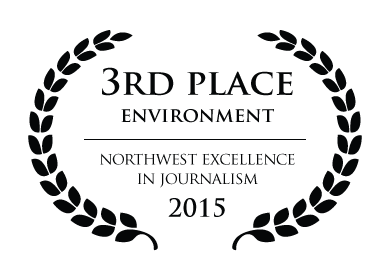