Coronavirus could seriously hamper Washington’s ability to fight wildfires as agencies focus on organizing a response to the global pandemic. Despite concerns that the 2020 wildfire season could be worse than 2019’s, agencies that usually plan for fires and recruit firefighters in early spring are instead helping organize Washington’s response to COVID-19. Social-distancing concerns could mean a lower turnout of firefighters.

The 2020 Washington Legislature made it official state policy to reduce production of planet-warming gases but failed to pass any significant measures that would meet those ambitious goals. Instead,
a handful of comparatively modest measures passed.

Several upcoming bills in the Washington Legislature aim to take on the state’s convoluted water rights system, which balances two conflicting positions – that water is a public resource stewarded by the state, and that water rights are private property. While legislators want to cut out water speculators who are looking to make a profit on water, farmers, builders and environmental stewardship organizations fear that regulations could impede community water banks.

Hate smoky summers, Portland and Seattle? How crisis in the woods is really a social problem

“An epidemic of trees” has resulted from a misguided century-long policy of extinguishing wildfires in the West. Now more people are moving into the woods, even as “megafires” explode. It doesn’t have to be this way, a veteran scientist says, even as climate changes makes forests hotter and drier.

With the world struggling to understand the ramifications of climate change, acidification of ocean waters driven by the change threatens oysters, clams and other shellfish grown by the nation’s largest shellfish producer. Can five generations of shellfish farming continue?

British Columbia doesn’t maintain a centralized registry of biomass energy facilities in the province, so in the course of reporting “Smoke and Numbers,” we put together our own list from independent sources.Click any dot on the map to view the facility’s name, size and a description of its operations.

Industry advocates say B.C. could become the “Saudi Arabia of Biomass” — but that probably won’t be good for the global climate.Photo: Böhringer Friedrich/Wikimedia.Eight words in a 927-page document. That’s all it took to launch a European policy with big implications for B.C. That policy counts burning wood to produce energy as equivalent, climate-wise, to solar and wind power. This despite the fact that burning wood releases the very same greenhouse gasses as any fossil fuel; the same gasses that are turning oceans acidic and melting the polar ice caps. Here are the eight words: “The emission factor for biomass shall be zero.”Not, you will note, “are zero.” No: “shall be zero.” Behind that starkly declarative pronouncement lay months of tense international negotiations over the climate-change implications of burning biomass, or any kind of plant matter: wood, agricultural wastes, or crops grown for burning. In the end, the winning argument was that biomass regrows, recapturing the carbon released when it was burned, and therefore must be OK for the climate.

University of British Columbia’s Brent SauderPhoto: Paul Joseph Brown/ecosystemphoto.com for InvestigateWestAs director of strategic partnerships for the University of British Columbia, Brent Sauder had a major role in shaping plans for the new $34 million biomass power plant on campus, known as the Bioenergy Research and Development Facility. The industrial facility sits just across the street from bluffs overlooking Georgia Strait — some of the most expensive real estate in Canada, in other words.In an on-campus interview last year with InvestigateWest’s Robert McClure for our “Smoke and Numbers” series with The Tyee, Sauder explained UBC’s motivations and rationale for bringing the facility to campus in a partnership with General Electric and Vancouver-based Nexterra. Their conversation has been edited and condensed. Brent Sauder:                  One of the problems with BC is that we have very cheap power. The development of these kinds of technologies would tend to take place in places where there’s higher power prices. But obviously we want to have good companies grow in British Columbia so this was an opportunity for us to actually get them to develop their product here.When they first came to us saying would we be interested in being a demonstration site, in typical Canadian fashion the only thing we have is land so that’s what we actually put toward the project. We have a site.UBC is about 50,000 students. It’s one of the largest land grant universities in North America and we have our own governance system. We’re not the city of Vancouver. So part of the whole thing of this project was to get the social license to actually build a facility like this.Robert McClure: Because it’s an industrial facility in the middle of campus?

A worker unloads a truckload of biomass at the Univeristy of British Columbia energy plant.Credit: Paul Joseph Brown/ecosystemphoto.com for InvestigateWestThe crackling log fire, flickering in an open hearth, may win the day for romance or Christmas cards. From the modern viewpoint of efficiency and good health, it’s more of a horror show. Our ancestors, living in unvented huts lit and warmed by open fires, wheezed and coughed their way to early deaths. Burning wood still releases an old-timey scented bouquet of toxins: nitrogen oxides, sulfur dioxides, carbon monoxide, volatile organic compounds, dioxin, and a couple dozen other chemicals classified as hazardous air pollutants, along with ultrafine particles of super-toxic soot that go deep into the lungs. As a 2007 Health Canada review put it, “Even though wood smoke is natural, it is not benign.”For that reason, a well-run modern biomass-burning power plant is much less smoky than a fireplace. High-tech smoke scrubbers with multisyllabic names like “electrostatic precipitator” and “regenerative thermal oxidizers” scrub their exhaust, and operators work continually to bring down pollution levels, tweaking temperatures and fuels. The state-of-the-art may be UBC’s $34-million Bioenergy Research and Demonstration Facility reported on in the first installment in this series: what comes out of its smokestack is even cleaner than emissions from most natural-gas plants.

Are Climate Claims for Burning Renewable Trees a Smokescreen?

UBC’s new $34-million Biomass Research and Development Facility is cutting edge in the age-old practice of converting wood to heat and power.But the features that make the plant clean-burning also make it hard to replicate. And like UBC’s old natural-gas-fired plant, it produces greenhouse gases. Credit: Paul Joseph Brown/ecosystemphoto.com for InvestigateWest Nestled into a seaside forest on the University of British Columbia’s lands, amid a carpet of sword ferns and salal, sits a gleaming industrial facility that’s been hailed as a significant step toward a carbon-neutral future for B.C., Canada and even the world.The wood-gas fired plant just off Marine Drive in Vancouver, the university boasts,  “will reduce UBC’s natural gas consumption by 12 per cent and campus greenhouse gas emissions by nine per cent (5,000 tonnes), the equivalent of taking 1,000 cars off the road.”“It’s very exciting,” said Brent Sauder, UBC’s director of strategic partnerships, who helped shape plans for the plant. “It’s not a research activity — it’s a mission.”

Energizing our world with wood sounds so natural. And it has quickly become a multibillion-dollar industry as governments including British Columbia and the European Union turn to biomass to replace dirty old coal. Yet what we found when we dug into the coal-vs.-wood debate will surprise you. Brought to you by InvestigateWest and The Tyee. 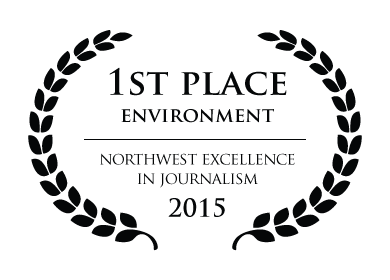 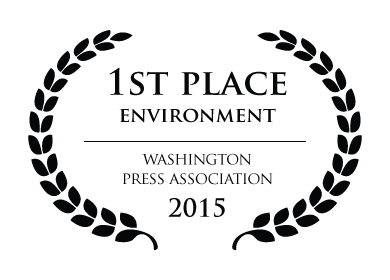 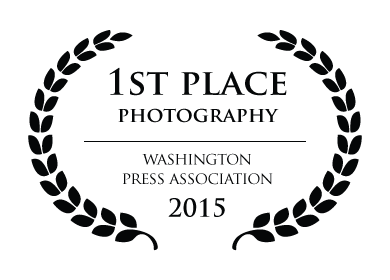